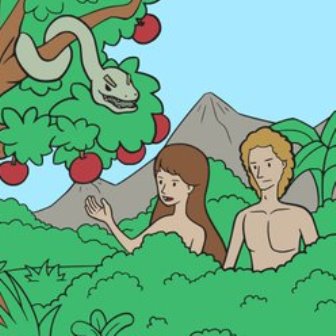 During a recent conversation with a friend he shared something he had been reading about wayward animals. Eventually we ended up looking at an essay summarizing the words of the Lubavitcher Rebbe, Rabbi Menachem Mendel Schneerson, in connection with Torah Portion Mishpatim. The Rebbe, of course, drew from prior rabbinic commentary.

There can be value in rabbinic commentary, just as there can be value in Christian commentary. We need to recognize it as just that – the comments and views of men. The late Brad Scott used to say, “I only quote the rabbis when they agree with me.” With that in mind, the whole conversation about wayward animals invoked some deeper thought.

If one man’s ox hurts another’s so that it dies, then they shall sell the live ox and divide its price equally; and also they shall divide the dead ox. Or if it is known that the ox was previously in the habit of goring, yet its owner has not confined it, he shall surely pay ox for ox, and the dead animal shall become his. (Exodus 21:35-36)

In the essay summary, the following scenario was presented:

Say, for example, your domesticated usually well-behaved dog goes berserk and it suddenly attacks and bites another person’s dog in a public place. What’s the law?

This is true only for the first three incidents. After three incidents of such aggression, it is now established that this dog is of a destructive nature and the owner is expected to guard his dog and is fully responsible for all damages done as a result of his failure to guard it.

That seemed like an interesting perspective. Looking further, I found this in the Talmud, Bava Kamma 2b (7):

…the Merciful One distinguishes between liability for damage caused by an innocuous ox, for which the owner is liable to pay half of the damages for the first three times that it gores, and liability for damage caused by a forewarned ox, which already gored three times and whose owner was cautioned to prevent the ox from goring, for which he is liable to pay the full damages…

The essay went on to suggest that, according to the Talmud, there are two possible ways of rehabilitating the animal. I was unable to find this commentary outlined anywhere in the Talmud (if anyone knows where this is, please comment at the end of this post), but the essay states:

… the owner rigorously trains his animal until its disposition is transformed from an aggressor to a restful animal.

Another option, states the Talmud, is to sell the animal or grant it as a gift to another person. With a new owner and new patterns and schedules, the Halacha (Jewish law) assumes the animal, coming from a species that is usually domesticated and well behaved, to be nonviolent until it is proven destructive again.

The implication is that the change of custody changes the status of the animal. From this, the essay draws this conclusion:

The “other traditions” referred to here certainly include the Christian doctrine of Original Sin. Summarized, this doctrine “holds that humans, through the fact of birth, inherit a tainted nature in need of regeneration and a proclivity to sinful conduct” (Wikipedia). But is this concept Biblically sound?

The idea of “original sin” was popularized by Augustine (354-430 CE) and eventually became a part of church tradition. He believed original sin was transmitted by “concupiscence” (sexual intercourse) when a child was conceived. Of course, the physical part of this doctrine is absurd.

The “spiritual” part of this doctrine is derived from two passages, both written by Paul.

For if by the transgression of the one the many died, much more did the grace of God and the gift by the grace of the one Man, Jesus Christ, abound to the many. The gift is not like that which came through the one who sinned; for on the one hand the judgment arose from one transgression resulting in condemnation, but on the other hand the free gift arose from many transgressions resulting in justification. For if by the transgression of the one, death reigned through the one, much more those who receive the abundance of grace and of the gift of righteousness will reign in life through the One, Jesus Christ. So then as through one transgression there resulted condemnation to all men, even so through one act of righteousness there resulted justification of life to all men (Romans 5:15-18).

For since by a man came death, by a man also came the resurrection of the dead. For as in Adam all die, so also in Christ all will be made alive (1 Corinthians 15:21-22).

The reality, though, is that these passages don’t mention anything about original sin being passed on from generation to generation. That can only come from eisegesis, the interpretation of a Biblical text by reading one’s own ideas into what is actually said. It is also quite dangerous to take something written by Paul in an unknown context and then create a doctrine from it. We would be much better served to consider the words of Yeshua on this subject instead.

What did Yeshua say about original sin? According to the records we have – nothing. In fact, he never mentioned Adam at all.

After the “fall of Adam” (a term or phrase not found anywhere in Scripture), nothing is said about original sin. The serpent is cursed; the ground is cursed. Adam and Eve and their descendants are not cursed. It is never mentioned.

God does not say, “Well, you’re no good any longer. I take it back.” God doesn’t say, “You will have difficulty having a relationship with me because you have a sin nature that will block you from it.” God doesn’t say, “Now sin will be passed on through you to all generations, and thanks to you, death is going to happen.” It’s just nonsensical to read so much into the text like that, especially when so much is at stake.

The concept of original sin, I believe, is just some attempt to shift blame. It is not taking responsibility for my own sin. After all, the “sin nature” is already within me, there is nothing I can do, I am just going to sin.

Looking back at the Jewish sage’s views of rehabilitating an animal that has gone astray, there were two solutions:

Yeshua was once asked, “Good Teacher, what shall I do to inherit eternal life?” (Mathew 19:16). The question reveals a couple of things about the one who asked. First, he recognized that Yeshua would have the answer. Second, he understood that eternal life was not presently in his grasp.

Yeshua answered his question by telling him, “If you wish to enter into life, keep the commandments.” The man asking declared that he had already done that, and yet something was lacking. Yeshua’s response reflects what was later expressed by these Jewish sages. He told the man to give up what he was holding on to (transform his disposition) and then to follow him (change his ownership).

We don’t read about Yeshua ever explaining the Christian doctrines of justification, salvation, or sanctification to anyone. He doesn’t outline a Systematic Theology or expound upon total depravity, unconditional election, limited atonement, irresistible grace, or perseverance of the saints. He doesn’t tell anyone to pray through for a crisis salvation experience, baptism in the Holy Spirit, or total sanctification.

He said, “repent and believe” (Mark 1:15) and “follow me” (Mark 1:17). Transform your disposition and change your ownership.

Here is the perseverance of the saints who keep the commandments of God and their faith in Jesus (Revelation 14:12).