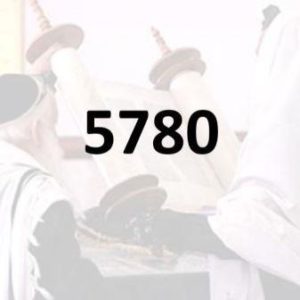 I have a calendar I would like to share with you. Unlike most calendars that add Hebrew dates to the traditional Gregorian months, here is a calendar organized around the Hebrew months with Gregorian dates added for reference. One purpose for this design is to encourage Messianic and Hebrew Roots believers to think in terms of the Creator’s calendar.

This calendar uses the Hillel calendar as a basis. I recognize there are disagreements about the timing of the beginning of the months, but even if you believe this calendar is a day or two off here and there, these two stated purposes still apply. Try to think in terms of the Biblical cycle of months and the Appointed Times and the Torah readings for the Sabbaths will still line up even if you think the dates are different.

In a word, unity. I’ve seen and read about a lot of different “Biblical” calendars, and all of them are the correct one – at least in the mind of those promoting them. It would be nice if there was a chapter somewhere in Scripture that says exactly when to start a day, a month, or a year. But that chapter does not exist, and if it did, well we probably wouldn’t agree about what it said. So, as in ancient Israel, everyone does what is right in their own eyes (Judges 17:6; 21:5).

I’ve encountered people who defend the dark moon, the sighted sliver, the sliver in another location, even the full moon. I was once right with them. I know people with various methods of determining when it is time to start a new year, disagreeing even to the point of being a whole month different than everyone else in celebrating the Appointed Times. It makes us look, at best, silly. And in the end, it doesn’t accomplish a thing.

I did depart from Hillel in two things, even though there is a reason the Hillel calendar does these. Passover, or more correctly the Feast of Unleavened Bread, is seven and not eight days. And some others that  two days (in the diaspora) on the Hillel calendar I have shown only as one. I believe these to be in agreement with the Appointed Times as presented in Scripture.

For my reasoning on what I have shown regarding counting the Omer and observing Shavuot, see my post Shavuot – The Undated Holiday.

The names of the weekly Torah portions are shown on each Sabbath. They follow the traditional annual cycle for outside the Land of Israel (the Diaspora), again for the sake of unity. Some groups use a 3-year “triennial” cycle but I have not attempted to incorporate it. Because on the Hillel calendar Shavuot is celebrated for two days outside the Land of Israel, the portions inside and outside the Land are different from 7 Sivan (May 30) to 12 Tamuz (July 4). Again, Torah does not support a two-day Shavuot, but I’ve kept the traditional Shavuot reading for that weekly Sabbath (unity!). If you wish not to do that, skip one week ahead in the calendar until you get to Chakat-Balak, then separate those two (Chukat on 5 Tamuz and Balak on 12 Tamuz). After that, we will all be in sync once again.

And yes, I did just use the name Tamuz for the fourth month. If you want to know why, read my post Summer Observance and Tradition.

Torah portion names are derived from the first significant word in each reading. I’ve taken the portion references for the Torah and Haftarah readings from the Stone Edition of The Chumash. Brit Chadasha (New Covenant/New Testament) readings are from the Walk! series of Messianic Devotionals. They are a great resource and I highly recommend them. You can read my review here.

You can download my calendar for the Hebrew year 5780 here. From your computer, right-click on the link and save the PDF file. You can print the full sized pages, or choose the “booklet” format from the print dialog in your PDF reader to create a smaller sized calendar. I’ve designed it to print very nicely in the booklet format.