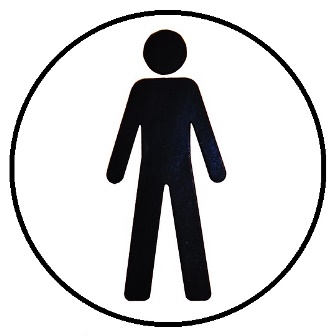 When the patriarch Jacob awoke to find he was married to the wrong sister, he was told, “It is not the practice in our place to marry off the younger before the firstborn” (Genesis 29:28). A week later, he was married to the younger sister as well, and given two “maids” along with them with whom he also had sexual relations. Sometimes what people view as acceptable in relationships is largely a cultural issue.

What does Scripture say?

If we remove our “cultural” eyes and read the Bible for what it says, well, some of it we might not like.

For example, Torah does not prohibit a man from having more than one wife. In fact, God gives instructions for how a man is to handle certain situations when he has multiple wives. In one situation, the death of a brother who has not fathered children, the surviving brother is commanded to marry his widow and procreate – and no exception is made for when the surviving brother is already married to someone else. Even in the New Testament, Paul instructs that leaders in his churches must be husbands of only one wife. That leaves open the possibility that those who are not leaders are not subject to this requirement. (Naturally, we have come up with ways to explain away what he says or doesn’t say in order to suit our own cultural paradigm.) A woman, however, is never permitted to have more than one husband.

Leviticus chapters 18 and 20 address a number of specific prohibited sexual relationships. Not included in this list is what we have commonly referred to as “pre-marital sex.” And yet, the account of Joseph and Mary in the New Testament shows us that, at least at that point in time, it was shamed. I will leave it to the reader to search out other things, such as sex with prostitutes. Are men and women judged differently?

For this brief post, I want to look at just one topic: male homosexuality1.

Torah addresses this subject in only two places:

You shall not lie with a male as one lies with a female; it is an abomination.
(Leviticus 18:22)

If there is a man who lies with a male as those who lie with a woman, both of them have committed a detestable act; they shall surely be put to death. Their bloodguiltiness is upon them.
(Leviticus 20:13)

Before continuing, let me explain why I am only looking at male homosexuality. Very definite terms are being used, and these two passages are specific to men. Female homosexuality is not addressed here or anywhere else in Scripture, except by implication in one phrase in the first chapter of Romans. I have an idea why, but it is only an opinion2. I am also not suggesting female homosexuality is OK, but only that the Bible does not mention it.

In both passages in Leviticus, “male” is the Hebrew word zakar (Strong’s Hebrew word #H2145). It isn’t a generic or inclusive term like “mankind;” it means a male. Zakar is not used anywhere else in Leviticus 18 or Leviticus 20. Simply stated, a man is not to have sexual intercourse with another man as with a woman (Hebrew ishah, #H802).

In the New American Standard Bible, Leviticus 18:22 calls this an “abomination” and Leviticus 20:13 calls it a “detestable act.” Other Bible translations may use various English words. In both passages, the Hebrew word is the same, to’ebah (#H8441) “a disgusting thing, abomination, abominable” (BDB).

It is the physical act itself – male with male – that is condemned. It is important to note that it is not the attraction or the urge that is under examination. The abomination is in acting this out. I won’t discuss whether or not anyone is “born this way” or if this kind of attraction is natural for someone. That really is not relevant. Just as with any of the inappropriate sexual behaviors listed in these chapters, it is the physical act that God says “You shall not” do. We have to control our urges and are responsible for our actions.

In The New Testament

Yeshua does not mention this topic. That should not be too surprising as he does not talk about many things in Torah, especially those subjects that might not have been prevalent in Israel during the time of his earthly ministry.

It comes up twice in the writings attributed to Paul and is alluded to in a third place:

But we know that the Law is good, if one uses it lawfully, realizing the fact that law is not made for a righteous person, but for those who are lawless and rebellious, for the ungodly and sinners, for the unholy and profane, for those who kill their fathers or mothers, for murderers and immoral men and homosexuals and kidnappers and liars and perjurers, and whatever else is contrary to sound teaching, according to the glorious gospel of the blessed God, with which I have been entrusted.
(1 Timothy 1:8-11)

In both of these passages, the Greek word translated “homosexuals” is arsenokoites (#G733), a compound word from #G730 meaning a male and #G2845 meaning cohabitation, clearly a reference to the male homosexual act. It is used only in these two passages and nowhere else in the New Testament.

The first chapter of Romans includes a description of homosexuality:

For this reason God gave them over to degrading passions; for their women exchanged the natural function for that which is unnatural, and in the same way also the men abandoned the natural function of the woman and burned in their desire toward one another, men with men committing indecent acts and receiving in their own persons the due penalty of their error.
(Romans 1:26-27)

Paul suggests that all sexual sin is of greater concern and consequence than other sins.

Flee immorality. Every other sin that a man commits is outside the body, but the immoral man sins against his own body.
(1 Corinthians 6:18)

According to Scripture in both the Old and New Testaments, a man having sex with another man is an egregious sin. Torah says it is a sin worthy of death, but let’s be clear: none of us have the authority to kill another man for this cause, and to do so is murder – another sin worthy of death. That authority rests with God alone. The fact is, all sin eventually leads to death.

But each one is tempted when he is carried away and enticed by his own lust. Then when lust has conceived, it gives birth to sin; and when sin is accomplished, it brings forth death.
(James 1:14-15)

The homosexual who repents (turns from his sin), just like any other person, can receive life through Yeshua (Jesus).

For the wages of sin is death, but the free gift of God is eternal life in Christ Jesus our Lord.
(Romans 6:23)

If we say that we have fellowship with Him and yet walk in the darkness, we lie and do not practice the truth; but if we walk in the Light as He Himself is in the Light, we have fellowship with one another, and the blood of Jesus His Son cleanses us from all sin. If we say that we have no sin, we are deceiving ourselves and the truth is not in us. If we confess our sins, He is faithful and righteous to forgive us our sins and to cleanse us from all unrighteousness.
(1 John 1:6-9)

In the passage quoted earlier, Paul points out that homosexuals (among others committing sins we might not think are all that bad) will not inherit the kingdom of God. But he does not end his comments there without hope.

Or do you not know that the unrighteous will not inherit the kingdom of God? Do not be deceived; neither fornicators, nor idolaters, nor adulterers, nor effeminate, nor homosexuals, nor thieves, nor the covetous, nor drunkards, nor revilers, nor swindlers, will inherit the kingdom of God. Such were some of you; but you were washed, but you were sanctified, but you were justified in the name of the Lord Jesus Christ and in the Spirit of our God.
(1 Corinthians 6:9-11, emphasis mine)

Forgiveness and restoration is found in Messiah Yeshua.

1 I do not use the term “gay” when referring to homosexual males. Gay is an adjective describing someone or something that is “merry, airy, jovial, sportive, frolicksome” (Webster). I choose to preserve the original meaning of the word.

2 Although there is a long list of conducts that are perverted and unnatural, I think the context in which the sins here are described involves penetration. That is not possible for female with female.

2 thoughts on “A Biblical Look at Homosexuality”