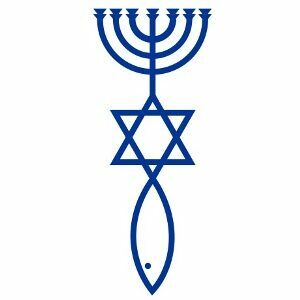 What is the Hebrew Roots Movement? If you do an internet search on the topic, it seems most of the “hits” are negative. I think there are reasons for that, part of which may be the algorithm used by the search engines for keywords. Beyond that, however, there is a huge problem with all of the negative search results. They were written by people who have never been and would never consider being a part of what they are condemning. They are from the outside looking in, through a distorted and biased lens, at something very different from what they know. What they see is threatening to them.

Sadly, one of the top search results even includes the Hebrew Roots Movement in its list of “haters.” Why would you keep a list of people or groups you call haters? What does that even mean? Closer examination of that site suggests that anyone who doesn’t agree with their particular version of Christianity is going to get a negative review. And that simply confirms another issue: Christianity is not homogenous.

There are denominational differences within Protestant Christianity, which is why we have so many. There is disagreement over the requirements for and methods of baptism, with some declaring you must be baptized in water in order to be saved. There are Trinitarian denominations and Oneness churches. Charismatics/Pentecostals are often opposed by cessationists. There are fringe groups like those who handle snakes or refuse medical treatment. Jehovah’s Witnesses, Mormons, Seventh Day Adventists, and Catholics are often called “cults” by mainstream or Evangelical (there’s another division) Christians.

There are divisions and fringe groups in the Messianic and Hebrew Roots Movements as well. Messianic Judaism is well structured and organized, while thousands of independent congregations and home fellowships meet all around them. Those in the Sacred Name Movement are adamant about using the Divine Name, though they can’t agree on how to pronounce it. Some fringe groups keep the Sabbath by phases of the moon rather than a seven-day cycle, and others follow calendars derived from the books of Jubilees and/or Enoch.

Truly, sometimes I want to distance myself from the term “Hebrew Roots Movement.”

Don’t form your opinion of the Hebrew Roots Movement from the comments of an outside observer with no depth of understanding about what is really going on. Instead, listen to and talk with those who are or have been actively involved in it, and address your questions to participants who actually practice this lifestyle.

The article I will address was published on a blog called “Got Questions.”1 It does not appear to allow posted comments on the topic, and provides no way to interact. The author is not associated with and gives no indication he has ever been involved with the Hebrew Roots Movement. He is an outsider looking in.

It begins by defining the Hebrew Roots Movement as “the belief that the Church has veered far from the true teachings and Hebrew concepts of the Bible.” This negative statement then forms the basis for the rest of the blog post. But the Hebrew Roots Movement is not negative – it isn’t based on a belief that the Church departed from true teachings, even if that is in fact the case. Rather, the Hebrew Roots Movement is the expression of a positive desire to return to the roots of our faith, the practices of the first century believers, those closest to our Messiah when he was physically on the earth. We “contend earnestly for the faith which was once for all handed down to the saints” (Jude 3).

We Do Not Reject the New Testament

The author claims we think that Christianity has been indoctrinated with the culture and beliefs of Greek and Roman philosophy and that ultimately biblical Christianity, taught in churches today, has been corrupted with “a pagan imitation of the New Testament gospels”. Never in my involvement with this movement have I ever heard someone refer to pagan imitation of the New Testament gospels. There are some who advocate that portions of the New Testament were originally written in Aramaic or Hebrew. There are also those outside this movement that hold this view, often called Aramaic Primacy.

It is very possible that some of the New Testament was written in a Semitic language. Certainly the dialog of the Gospels took place in Aramaic (and maybe a little Hebrew). Hebrew idioms are found throughout the texts. But it remains that the oldest copies – and they are all copies; there are no extant originals – are in Greek. Hebrew and/or Aramaic New Testament texts are translations from Greek. The majority of Biblical scholars accept that the Aramaic New Testament of the Peshitta was translated from Greek. This was the common language of the day.

This does not “denigrate the existing New Testament text written in Greek” as the author states. If you want to see someone denigrate the New Testament, listen to some Christians argue over Byzantine and Alexandrian texts – all those “missing verses” in the NIV and the near idolatry of worshipping the King James Version. I’ve found that a majority of Messianic and Hebrew Roots teachers primarily use the New American Standard Bible. That’s hardly denigrating the Greek New Testament.

It is true, though, that if you are studying your Bible by only looking at and reading English translations, you are likely to not fully comprehend what it says. Even in the Greek New Testament, there are dozens of Hebrew idioms that just aren’t clear in English. Learn to use Hebrew and Greek language resources, consult commentaries written by reputable language experts.

The Quandary of Paul

The author makes the claim that the Hebrew Roots Movement asserts “the teachings of the Apostle Paul are not understood clearly or taught correctly by Christian pastors today.” Now, that claim has an element of truth, but it isn’t every word from Paul and it isn’t limited to Paul. The same can be said for the words of Jesus and just about every other person in the New Testament. When you approach Paul, Jesus, or anyone else with a predisposition that the instructions of the Old Testament are not applicable to Christians today, then they aren’t correctly understood.

It’s interesting to note, however, that after making the claim that we think Paul is misunderstood, every Scripture passage quoted in this article is taken from the writings of Paul. None of them are the actual words of Torah or the rest of the Old Testament, and none are from the Gospels or any other book of the New Testament. And most importantly, they are not the words of Jesus. Only Paul. Oh, well.

“Messianic Christians,” what the author says we call ourselves, is a very dated term used by some early on. I’ve only heard it once or twice in the twenty years I’ve been doing this. This confirms for me that this author isn’t really in touch with what we are doing and is just picking information from here and there for the purpose of putting us down.

The author writes, “They teach that Gentile Christians have been grafted into Israel, and this is one reason every born-again believer in Jesus the Messiah is to participate in these observances. It is expressed that doing this is not required out of legalistic bondage, but out of a heart of love and obedience. However (emphasis mine), they teach that to live a life that pleases God, this Torah-observant walk must be part of that life.” You know, I can’t argue with that, other than to say that the word “however” doesn’t fit. This sums up the Hebrew Roots Movement – a desire to live the life modeled by Jesus and, as Peter wrote, to walk in his steps. We know that salvation is through faith in Yeshua the Messiah, and obedience comes from love. It is the evidence, not the cause. By the way, “grafted in” is a term used exclusively by Paul in the New Testament, who this author has previously claimed that we distort.

Please review my posts on the Two Houses of Israel, but understand this view is also not universally held in this movement. It doesn’t have to be. Our focus is on Yeshua (Jesus).

It isn’t true that we think God has called us to be Jewish, as the author contends. There may be some fringe groups that attempt to identify biologically as Israel, but more commonly that view is held by those in British Israelism or the racist, anti-Semitic, white-supremacist Christian Identity Movement, which has nothing at all to do with Hebrew Roots. We are simply following our Messiah, who was Jewish.

Remember, not everything you read on the internet about the Hebrew Roots Movement is true. If you’ve Got Questions, be very careful where you get your answers.