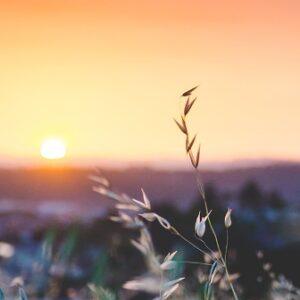 I asked him what he was reading, and he responded simply, “Jude.” I told him one of my favorite verses was in there, and he just said, “I’m almost done.” I asked what verse he was on, and he told me, “Twenty-four.” Perfect! I quoted it to him:

To him who is able to keep you from falling and to present you before his glorious presence without fault and with great joy– to the only God our Savior be glory, majesty, power and authority, through Jesus Christ our Lord, before all ages, now and forevermore! Amen.
(Jude 1:24-25 NIV)

He turned and looked at me, with bigger eyes than usual and with his mouth wide open, but didn’t say anything. I’m pretty sure that was unexpected.

But it really is one of my favorite Bible passages. I’ve committed it to memory, and actually quote it quite often in two different but similar situations.

I first learned this passage when I was in the eighth grade. It was on a list of memory verses provided by a teacher, but most of the other kids didn’t even bother try it. After all, when you see “Jude 24, 25” on a list that includes passages like Psalm 32:1 and Romans 5:8, it looks as if you are supposed to memorize two whole chapters. I discovered it was just two verses and went for it. I think I probably memorized it from the King James Version, and while I don’t remember the exact wording from back then, the intent of the passage stuck with me.

When I began using some traditional liturgy in my “new” Messianic walk, I determined always to keep my faith in Yeshua at the forefront. This passage became a key part – “through Yeshua Messiah our Lord.”

Several years ago my wife and I were part of a nearby Messianic congregation, and for some of that time I was on the leadership team. At the conclusion of our Sabbath service, we would gather together in a large circle and participate in the ceremony of Kiddush, “Sanctification.” Following traditional blessings over the bread and wine, we each enjoyed a piece of the challah with a cup of grape juice. We then ended the service with the Aaronic Benediction, in Hebrew and English, from Numbers 6:24-26. Whenever I was the one leading the service, I followed this benediction with the passage from Jude.

The Lord bless you and keep you.
The Lord make his face shine upon you and be gracious to you.
The Lord lift up his countenance upon you and give you peace.
To him who is able to keep you from falling
and to present you before his glorious presence without fault and with great joy,
to the only God our Savior be glory, majesty, power and authority,
through Yeshua Messiah our Lord, before all ages, now and forevermore.

Later when I was able to hold Sabbath services in the chapel at a local prison, we always ended the service with this blessing and the verses from Jude. Those were special times for the offender residents and for me, and while they usually stood with their eyes closed while I recited the words, I kept mine open – watching them as I prayed for them. Clearly they were waiting in anticipation, holding on to every word of both the Aaronic Benediction and the Doxology from Jude.

Last year I began making the Amidah, the traditional Standing Prayer, a part of my daily practice. I’ve written about that here. Before praying the Amidah I have a short liturgy, a personal time of worship, that I go through in order to prepare myself for prayer. That liturgy includes the meditative songs Ma Tovu and Mi Kamocha, traditional recitations like the Shema and V’ahavta as well as Messianic readings – the Blessing of Messiah and The Model Prayer (The Lord’s Prayer).

Also in the preparatory worship I recite from Exodus 34 what are frequently called The Attributes of God, followed with this passage from Jude. It is important to recognize that it is through Yeshua that we come to the Father.

The Attributes of Yah

Yahweh, Yahweh, God, compassionate and gracious,
slow to anger, abounding in lovingkindness and truth, extending kindness to the thousandth generation, forgiving iniquity and transgression and sin.
To Him who is able to keep you from falling, and to present you before His glorious presence without fault and with great joy; to the only God our Savior be glory, majesty, power and authority through Yeshua Messiah our Lord, from before all ages, now, and forever more.

This has become a daily reminder that our prayer, our praise, and our way to the Father comes only through Yeshua the Messiah.

Through Him then, let us continually offer up a sacrifice of praise to God, that is, the fruit of lips that give thanks to His name.
(Hebrews 13:15)

And coming to Him as to a living stone which has been rejected by men, but is choice and precious in the sight of God, you also, as living stones, are being built up as a spiritual house for a holy priesthood, to offer up spiritual sacrifices acceptable to God through Jesus Christ.
(1 Peter 2:4-5)

As I left after completing my delivery, my son was asking both of my grandsons what they had gotten out of their reading of Jude. They both responded with different highlights from their reading, though neither one of them mentioned the two verses at the end. I’m glad that they are retaining insights from their Bible reading, and so thankful that their father is encouraging them to do so. I hope that, someday, those final verses from the letter written by the blood brother of the Messiah will become as important and meaningful to them as they are to me.