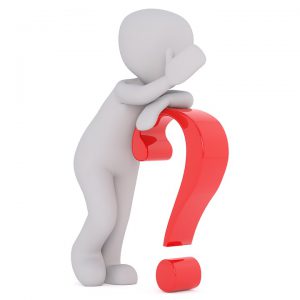 The Question Of Motives

I think there is one other thing we need to consider.

Life Is In The Blood

So when any man from the sons of Israel, or from the aliens who sojourn among them, in hunting catches a beast or a bird which may be eaten, he shall pour out its blood and cover it with earth. For as for the life of all flesh, its blood is identified with its life. Therefore I said to the sons of Israel, “You are not to eat the blood of any flesh, for the life of all flesh is its blood; whoever eats it shall be cut off.” (Leviticus 17:13-14)

One of the most sacred things in Scripture is blood. God forbids his people from consuming blood and requires it be treated with honor and respect. The blood of slain animals was to be drained out onto the ground, then covered or buried. Murder is described as “shedding blood” the first victim’s blood was said to “cry out” to God from the ground.

The blood of sacrifices was used to purify the Tabernacle and those who served in it. Blood was used to confirm the covenant at Sinai. And it is the blood of the Messiah that “cleanses us from all sin.”

There is no doubt that God highly regards blood and requires us to do the same. But there is one other thing that is also held in the same regard.

Life Is In The Seed

Our English word “sperm” comes from the Greek word sperma meaning “seed.” The Bible uses the word “seed” (Hebrew zerah) in this manner. The sanctity of the seed is comparable to that of the blood. In fact, the importance of the seed is expressed in Scripture in the first generation of creation in Genesis 3. Blood is not mentioned until the second generation, after Cain takes the life of his brother, Abel, in Genesis 4.

In God’s covenant with Abraham, he is told that through him “all the families of the earth will be blessed” (Genesis 12:3). With this blessing in mind, there is another subtle but extremely significant act that is often not fully understood by those of us reading in modern times. Consider this from the story where Abraham sends his servant to find a bride for Isaac:

Abraham said to his servant, the oldest of his household, who had charge of all that he owned, “Please place your hand under my thigh, and I will make you swear by the LORD, the God of heaven and the God of earth, that you shall not take a wife for my son from the daughters of the Canaanites, among whom I live, but you will go to my country and to my relatives, and take a wife for my son Isaac.” … So the servant placed his hand under the thigh of Abraham his master, and swore to him concerning this matter. (Genesis 24:2-4, 9)

In Genesis 24:2–9 Abraham has his servant Eliezer put his hand under the Patriarch’s thigh to swear “by the Lord, the God of heaven and earth” that the servant will not arrange a marriage for Abraham’s son Isaac with a Canaanite woman. Similarly, in Genesis 47:29–31 the dying Patriarch Jacob has his son Joseph swear to him that he will bury Jacob not in Egypt, but alongside Jacob’s own parents in the Cave of Machpelah; and the oath-taking ritual again calls for putting a hand under the Patriarch’s thigh.

Talmudic tradition takes these verses to indicate that the oath was sworn while the circumcised membrum of the Patriarch was held in hand, and derives from this interpretation the rule that all Jewish oaths must be sworn while some ritual object is held in hand. Ordinary people must hold a Torah scroll; scholars may hold any ritual object.

(BAR 2:2 June 1976 R. David Freedman. [The Talmudic reference is] Shabuot 38b, near the bottom, and as reflected in the Targum attributed to Jonathan and in the commentaries of Rashi and Jacob ben Asher.)

A similar oath involving the covenanted land is seen just before the death of Jacob, Abraham’s grandson:

When the time for Israel to die drew near, he called his son Joseph and said to him, “Please, if I have found favor in your sight, place now your hand under my thigh and deal with me in kindness and faithfulness. Please do not bury me in Egypt, but when I lie down with my fathers, you shall carry me out of Egypt and bury me in their burial place.” And he said, “I will do as you have said.” He said, “Swear to me.” So he swore to him. Then Israel bowed in worship at the head of the bed. (Genesis 47:29-31)

The seed is so important to God that disrespect for it led to the death of Abraham’s great-great grandson:

But Er, Judah’s firstborn, was evil in the sight of the LORD, so the LORD took his life. Then Judah said to Onan, “Go in to your brother’s wife, and perform your duty as a brother-in-law to her, and raise up offspring for your brother.” Onan knew that the offspring would not be his; so when he went in to his brother’s wife, he wasted his seed on the ground in order not to give offspring to his brother. But what he did was displeasing in the sight of the LORD; so He took his life also. (Genesis 38:7-10)

The issue here is not that Onan chose not to father children through his deceased brother’s wife. Later instructions in Torah define provisions for shaming the reluctant brother, but not for killing him. God killed Onan because he had no regard for the seed, wasting or spilling it on the ground. It is very clear in Scripture that God regards seed on the same level as he regards blood.