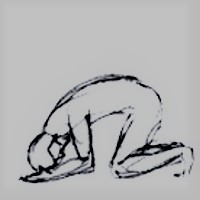 When I started on this walk, I didn’t know anyone who believed this way. After a few months, I discovered a small group of like-minded people in the next county, so my wife and I went over to visit and learned there were, in fact, more. Then we attended a conference with the Messianic Israel Alliance and found there were many more all over the country and even around the world. Since then, we have attended a number of these large gatherings with several different organizations. Most of them were held in hotel conference areas with a main ballroom and meeting space.

It should not be surprising that these well-studied teachers would draw a sizeable crowd in this setting. Most of us coming into this movement would find the material presented new and exciting, or at least the perspective we are now seeing is new and exciting. We are like sponges, absorbing as much as we can. I saw people digging into their Bibles and intensely taking notes.

But I also noticed something disturbing. Often before the time of teaching, musicians led the crowd in praise and worship. The ballroom would be about half full, and the halls and prefunction areas had lots of people milling about – catching up with friends they only saw at these gatherings, talking with some of the teachers and browsing their CDs and DVDs offered for sale. Then when it was time for the featured speaker to take the stage, the crowd made its way to their seats to be fed from the Word.

Not too long ago I was asked to lead praise and worship for a local event. Granted, it was a lecture-type teaching event, but there was a designated time for worship before some of the teaching sessions. As the speaker came forward, he quietly said to me, “thanks for filling in.” I wasn’t filling in; I was leading the group in worshipping our Creator.

Is the time of praise and worship supposed to be a casual preparation period for the crowd to take their seat? Is it kind of like the warm-up act, the opening band at a concert? Why is praise and worship fifteen or twenty minutes, maybe followed by a ten minute fundraiser – I mean, “offering” – and then sixty to ninety minutes or more of teaching time?

I think I heard the answer from a Christian pastor one day while channel hopping on my car radio. I don’t even remember who he was. He pointed out that during the time of teaching we are being fed. This is, in essence, God giving to us. The time of praise and worship is when we give to God. And we humans are naturally selfish. We would rather receive something from God than give something to him.

Don’t get me wrong here – worship does not mean music, a band, or a performance. Praise isn’t always a song. But in a corporate setting playing an instrument or singing a song might be the most effective way of joining together in praise to our Creator.

The most common word in the Hebrew Bible translated as “praise” is הלל halal, Strong’s word #H1984. In the more than 165 occurrences of this root in the Hebrew Bible, it isn’t used exclusively for the praise of Yahweh. Well over half of them, though – almost 100 – occur in the Psalms. We are probably most familiar with this word in the compound English transliteration “Hallelujah,” made up of two Hebrew words – halelu, the imperative form of halal, and yah, a shortened form of the name Yahweh. Hallelujah is a command – “you praise Yahweh.”

The majority of the remaining occurrences of this word are found in Chronicles. Remember that this book (one book in the Hebrew Bible, the Tanakh) chronicles the kings of Judah and Israel with a focus on God’s covenant with David and on the Temple. This book outlines the structure of Temple service, and a large part of it includes Levites who lead others in praising God.

There is one other word frequently used in the Hebrew Bible and translated as praise.

And she conceived again and bore a son and said, “This time I will praise the Lord.” Therefore she named him Judah. (Genesis 29:35)

The name Judah is derived from the word yadah, Strong’s #H3034. In the hiphil stem, BDB says yadah means “to give thanks, laud, praise.” Of the 114 times yadah appears in the Hebrew Bible, it is translated as “praise” about 50 times and as “thank” about 40 times.

Notice that BDB says “to give thanks, laud, praise.” The idea of giving praise and thanks to God is exactly what the pastor I mentioned was saying.

Let the word of Messiah dwell in you richly, teaching and admonishing one another with all wisdom in psalms and hymns and spiritual songs, singing with gratitude in your hearts to God.
(Colossians 3:16 TLV)

Through Yeshua then, let us continually offer up to God a sacrifice of praise—the fruit of lips giving thanks to His name.
(Hebrews 13:15 TLV)

What we in our modern vernacular call “worship” isn’t the same as what is called “worship” in Scripture. Our idea is really more like praise and thanksgiving, what I have just described above.

There is one primary word used in the Tanakh (the Hebrew Bible, the Old Testament) translated as “worship.” שׁחה shâchâh (Strong’s #H7812) means, according to BDB, “to bow down.” There are a few sub-points in the definitions for various verb stems, but all of them refer to bowing down. The only time BDB mentions the word “worship” it says “to bow down, prostrate oneself before God in worship.”

The corresponding Greek word used in the New Testament is προσκυνέω proskuneō (Strong’s #G4352). Thayer’s Lexicon says it means to “kiss the hand,” “fall upon the knees and touch the ground with the forehead,” and “kneeling or prostration.” These are things that, in our western culture, we generally don’t do corporately. Although Yeshua was no doubt speaking Hebrew or Aramaic, this Greek word is recorded in John 4:24 when he said those who worship God “must worship in spirit and truth.”

Fire came out from the LORD and consumed the burnt offering and the fat portions on the altar. And when all the people saw it, they shouted and fell facedown on the ground. (Leviticus 9:24 HCSB)

The other day I was driving by a church and noticed the sign out front.

I’ve never been to this church, and what immediately came to my mind probably isn’t what it really means. But I noticed that this sign described a time for teaching – for “receiving” – that by design had a fixed end. In this case, after 45 minutes the “receiving” concludes and a time for worship – “giving” – begins, and this time is open-ended. I know that isn’t what this sign was saying, but it made me think.

Some people do a lot of church hopping. Often the reason given is “I just wasn’t being fed there.” Is that what we expect – to be fed? What if, instead, we came together to give? What if we came to encourage one another (Hebrews 10:25, Ephesians 5:18-21) as we praise Yahweh together? If we come expecting to be fed, we may leave hungry. But if we come before our God to give, without the expectation of receiving, there is no disappointment. And still God blesses.

In Paul’s farewell message to the believers at Ephesus before facing imprisonment, he quotes from our Messiah words that aren’t found in any of the Gospels. We have no idea when, where or why Yeshua said these words, but maybe we need to take them to heart even as we gather together in a corporate assembly. “It is more blessed to give than to receive” (Acts 20:35).

2 thoughts on “Praise, Worship, and Giving”