↓
Home→Feasts→Should We Call It Rosh Hashanah? 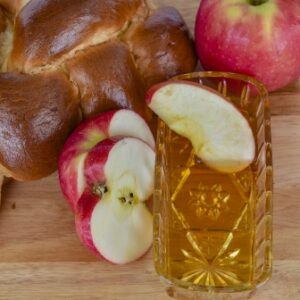 Is it correct to call this holiday on the first day of the seventh Biblical month, Rosh Hashanah, a Hebrew phrase meaning the Head of the Year? Opinions on the answer are varied, often depending on culture. The secular world knows this name, which can be found found on most calendars. Religious Jews including the majority in Messianic Judaism call it by this name. On the other hand, other Messianic, Hebrew Roots and Feast-keeping groups generally do not. Some are very emphatic that it should not be used, that it isn’t found in Scripture, and that this day is certainly not Rosh Hashanah, the “head of the year.”

Where does this name come from? What does it signify, and when was it first used?

This is another question with a broad range of answers. We know from the Torah that the commanded celebration of the first day of the seventh month goes back to around 1500-1400 BCE (and this date is debated) when the Children of Israel received the Torah in the wilderness of Sinai. Some believe it was already observed before that time, or at least that certain historical events are tied to this day. According to history.com, “Though the holiday was likely well established by the sixth century B.C., the phrase “Rosh Hashanah” shows up for the first time in the Mishna, a Jewish code of law compiled in 200 A.D.”

What happened in the sixth century B.C. (600-501 BCE)? This was the time of the Babylonian captivity. Customs and traditions developed during the captivity because of the desire of the Jewish people to stick together and not lose their identity. Some were good and noble; some were no doubt influenced by their pagan surroundings.

The Mishna may be the first time this phrase is used in this context, but by the time of the Talmud (Jerusalem Talmud about 350 CE and Babylonian Talmud around 500 CE) there was a complete section called Moedim, and it including a tractate called Rosh Hashanah. But it doesn’t just cover this day.

This paragraph would apply the term Rosh Hashanah to 1 Aviv (the name Nisan is said to come from Babylon), the date specified in the Torah account of the initial Passover before the Israelites left the bondage of Egypt. “This month shall be the beginning of months for you; it is to be the first month of the year to you” (Exodus 12:2). But the Talmud goes on to apply the term to three other days:

It is interesting that in each case the Misha and Talmud do not use the numerical name of the month. Instead they use the month names that came following Babylonian captivity. It is the third “new year” listed here. the first of Tishrei, that is now commonly known as “Rosh Hashanah.”

These are Rabbinic traditions, and some of them may have originated as far back as the Babylonian exile. They were collected and recorded after the fall of Jerusalem and after the Bar Kokhba revolt. And since this is after the New Testament was written, we would not expect that the term Rosh Hashanah would be applied to the beginning of the seventh month anywhere in the Bible. As I have pointed out in other posts, the first of the seventh month – or any calendar date at all for that matter – is never mentioned in the New Testament. But the phrase “rosh hashanah” does appear once in the Tanakh (Hebrew Bible, the Old Testament).

In the twenty-fifth year of our exile, at the beginning of the year [Hebrew: rosh hashanah], on the tenth of the month, in the fourteenth year after the city was taken, on that same day the hand of the LORD was upon me and He brought me there.
(Ezekiel 40:1)

No one knows for certain what date is being referenced here. It very well may have been the seventh month, especially since it says the tenth day, which would be Yom Kippur, another “new year” when it comes to the Jubilee or the release of debt. The Torah cycle incorporates this timing, ending and restarting the readings immediately following Sukkot “at the turn of the year” (Exodus 34:22).

In the time immediately following the return from Babylon, the numbering of the months as recorded in the Tanakh still started in the Spring.

Now when the seventh month came, and the sons of Israel were in the cities, the people gathered together as one man to Jerusalem… They celebrated the Feast of Booths, as it is written, and offered the fixed number of burnt offerings daily, according to the ordinance, as each day required… From the first day of the seventh month they began to offer burnt offerings to the LORD, but the foundation of the temple of the LORD had not been laid.
(Ezra 3:1,4,6)

Nehemiah chapter 8 records a similar experience in the seventh month, including the celebration of Sukkot. Even the later books of Maccabees, written in Greek, record the Chanukah story “in the ninth month, which is the month of Chislev” (1 Maccabees 4:52 ESV).

What Is A Year?

The “new year” on the Gregorian calendar is the first day of January. Here in the United States our government, for financial purposes, begins the new year on the first day of October. A company I used to work for began the new fiscal year on July 1. When I was growing up, the new school year started right after Labor Day; now the new year begins around the first of August. In the Christian church, the new liturgical year begins on the last Sunday in November.

As mentioned, Exodus 12 calls the spring the beginning of the year and Exodus 34:22 calls Sukkot the “turn of the year,” often considered the end of the year. That makes the year only seven months – an agricultural cycle, almost as if the winter doesn’t count. In order to keep the seasons aligned, sometimes it is necessary to add a thirteenth month at the end of the winter. And that works in Israel, but what about in the southern hemisphere where the seasons are reversed? At the equator, where there aren’t really any observable seasons? At the poles, where during Summer the sun doesn’t set and during Winter the sun doesn’t rise? The Biblical calendar can be difficult (and divisive).

What Does Torah Call This Day?

Speak to the sons of Israel, saying, “In the seventh month on the first of the month you shall have a rest, a reminder by blowing of trumpets, a holy convocation.”
(Leviticus 23:24)

No name is given.

“Now in the seventh month, on the first day of the month, you shall also have a holy convocation; you shall do no laborious work. It will be to you a day for blowing trumpets.”
(Numbers 29:1)

In this passage, “a day for blowing trumpets” is the phrase “yom teruah.” Is that a name – “It will be to you Yom Teruah?” Or is it just a description? Well, a name is a description. Should it be considered a proper name? Should any of the Feasts described in the Bible be considered as having a proper name, or have we just assigned the descriptive names to them as if they were proper names?

So back to the original question –

Should We Call This Day Rosh Hashanah?

Sure, why not? It is one of many names for the day, and it is one of the many new year beginnings. But the celebration of Rosh Hashanah is not the same as the celebration of Yom Teruah (by name or description) found in Torah. The days do coincide. So, do what the Torah commands, which isn’t much. On Yom Teruah hold a convocation, sound the shofar, and take the day off work. And if you want to celebrate Rosh Hashanah as the new year, by all means dip some apples in honey, make a round challah with raisins, and have a party.

<1>From the Talmud: “this ruling is in accordance with the statement of Beit Shammai. But Beit Hillel say: The New Year for trees is on the fifteenth of Shevat.”