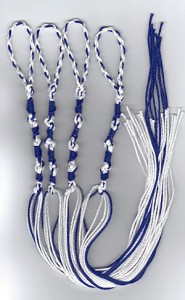 A few weeks back a young lady came to the front counter where I work seeking help. That in itself isn’t unusual – I work in a social services agency, and frequently encounter people facing difficult times and struggling to make ends meet. This particular young lady, a single mother in her early twenties, had come looking for something that was outside the scope of our services. I referred her to a couple of other agencies that I thought might be able to help her. Then this young lady who, as far as I knew I had never met before, thanked me and called me by name, “Mr. Schmidt.”

I was taken by surprise, as there was nothing anywhere visible to her that would have revealed my name. As we continued talking, I learned she had been a student in an elementary school where I was a substitute teacher at least twelve to fourteen years ago. There were a couple of classrooms, either third or fifth grade, where I had substituted multiple times. Neither of us was sure which of those classes it may have been, but she remembered my name.

But there was something else very specific that she remembered. She told me she remembered that I always wore tassels on my belt, and she remembered why – because back in that elementary school classroom she had asked me about them, and I told her. And the day she came to our agency, just like every other day, I was still wearing them. She noticed.

The LORD also spoke to Moses, saying, “Speak to the sons of Israel, and tell them that they shall make for themselves tassels on the corners of their garments throughout their generations, and that they shall put on the tassel of each corner a cord of blue. It shall be a tassel for you to look at and remember all the commandments of the LORD, so as to do them and not follow after your own heart and your own eyes, after which you played the harlot, so that you may remember to do all My commandments and be holy to your God” (Numbers 15:37-40).

I started wearing the tassels sometime around 2001 or 2002. The Hebrew word tzitzit (Strong’s number 6734) is a singular noun and appears three times in this passage and only one other time in Scripture, Ezekiel 8:3, describing a lock of hair.  Always when I would go into a classroom, the students would see the tassels and ask about them. It’s funny, adults noticed them but never said anything. I just told the kids that I wore them to remind me to always do what God wants me to do. And that was what this young lady remembered.

It is interesting, and I think very significant, that she noticed and she remembered. Yes, it is an act of obedience for me to wear them, and at times I guess I do see them. They get in my way a lot. But most of the time, I don’t see the tassels that I am wearing. Many of the men, and sometimes women, that I fellowship with will wear them, and I see the tassels that they are wearing. Seeing them reminds me that I am also wearing tzitzit.

It is difficult to tell in English, but the Hebrew in this passage in Numbers 15 is in the second person plural. In other words, the “you” can be read as “you all,” or as someone in the south might say “y’all.”

“It shall be a tassel for y’all to look at and remember all the commandments of the LORD, so as to do them and not follow after your own heart (plural possessive in Hebrew) and your own eyes (also plural possessive)…”

Yes, this is a community as well as a personal thing. It becomes my responsibility, in obedience to this commandment, to wear tassels both as a reminder to me and a reminder to those who see me wearing them.

There is no Biblical commandment that describes exactly what these tassels should look like. The only instruction is that they include a blue colored thread. Another passage, Deuteronomy 22:12, may indicate that we should wear four of them. This passage uses a different Hebrew word, gadilim (Strong’s number 1434), the plural form of a noun meaning “twisted cords” that only appears in this passage and in 1 Kings 7:17 describing decorative work in the Temple.  Exactly how they looked is uncertain.

“You shall make yourself tassels on the four corners of your garment with which you cover yourself” (Deuteronomy 22:12).

Because of this passage, the traditional Prayer Shawl has tassels attached to each corner.

If you aren’t already doing so, I encourage you to either make or purchase a set of tzitzit and begin to keep this commandment. There are many web sites and videos that show you methods of making your own tzitzit.  Here is one that is simple and easy (this is not my video).