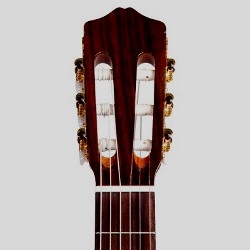 Ordinary Joe was an NBC television drama that followed the life of the fictional character Joe Kimbreau. The first episode introduced him as a college student at Syracuse University. Following his graduation ceremony, he had to choose between celebrating with his current girlfriend, taking a chance on another attractive girl in his graduating class, or going out to dinner with his family.

The scene then shifted to ten years later and the rest of the series followed three simultaneous storylines, each one based on one of those decisions following graduation. In the first, Joe married his girlfriend and entered the medical field; in the second, Joe married the new girl he had asked out, becoming a professional musician; in the third scenario, Joe remained single and pursued a career in law enforcement, following in the footsteps of his deceased father. And while the surrounding situations in the three timeline scenarios were similar, the stories were different because in each one, ten years earlier Joe had made a different choice.

The Man in the High Castle is an Amazon Prime Video series that presents life as if a critical historical event had turned out differently. The Axis powers have defeated the Allies following World War II, and the United States is now divided into the eastern Greater Nazi Reich ruled by Germany and the western Japanese Pacific States ruled by Japan. A neutral zone in the Rocky Mountains separates the two states.

This story incorporates the concept of a parallel universe, where the same characters also live in the world as we know it today. A few of them are transported back and forth between the two or are otherwise able to see the world under an Allied victory. Most, though, are oblivious as to what might have been.

The course of life is influenced by lots of things. Some of those we can control, and some of those we can’t. Have you ever wondered where you might be today if you had made just one decision differently many years ago? Do you ever look back with regret? Is a course correction needed?

A few years back I had spent several months looking at classical guitars. I kept one particular brand in mind, and had gone back and forth between two different models. There are no music stores in my small hometown, and in today’s world it seems most commerce like this is done online anyway. Finally, I decided on the better, higher-priced one, and placed my order. I awaited its arrival with great anticipation, and when it finally came I excitedly opened the box.

The appearance of this guitar was stunning, and clearly the quality of the instrument was outstanding. It had a polished mahogany body with a solid Canadian cedar top and a beautiful inlaid sound hole rosette. There wasn’t a blemish anywhere on it. I carefully tuned it and began to pick a few chords as I normally do. But the sound was oh so very disappointing. Very quickly my former anticipation and excitement became frustration and regret. I boxed it up and sent it back a few days later.

That was an easy correction, like hitting “undo” on my computer.

When I was just out of high school, I set my sights on joining the United States Navy. Then, at the last moment, I changed my mind. I believed then, and still do, that God was directing my path when I did that. But sometimes I’ve wondered, what if I had gone through with enlistment? At that point, undo would not have been so easy. And maybe I wouldn’t have wanted to undo – that is something I will probably never know for certain.

There was a song recorded by the singer known as Meat Loaf popular around the same time as my aborted Navy enlistment. “Paradise by the Dashboard Light” tells the story of a man who, as a teenager in the heat of the moment, makes a life-altering vow. Now he looks back on that promise:

That didn’t work out too well now, did it?

A poem written in 1856 by John Greenleaf Whittier tells the story of Maud Muller, a beautiful maid from a poor farming community, and the wealthy, powerful Judge Jenkins from the city. They meet by chance, share a moment, and then move on with their lives never to cross paths again, both marrying someone else yet each independently fantasizing of what it would have been like had they wed each other. Ah, the grass is always greener, right? The poem ends with these well-known lines:

God pity them both! and pity us all,
Who vainly the dreams of youth recall.
For of all sad words of tongue or pen,
The saddest are these: “It might have been!”

You can read the full text of the poem Maud Muller here.

Bret Harte, a contemporary of Whittier, wrote a similar poem as a parody to Maud Muller, titled Mrs. Judge Jenkins. In Harte’s story, Maud Muller and Judge Jenkins do, in fact, wed. And perhaps if this were written a hundred years later, the Judge himself would be singing along with Meat Loaf, “I’m praying for the end of time.” Harte’s poem concludes by referring back to Whittier’s ending:

For Maud soon thought the Judge a bore,
With all his learning and all his lore;
And the Judge would have bartered Maud’s fair face
For more refinement and social grace.
If, of all words of tongue and pen,
The saddest are, “It might have been,”
More sad are these we daily see:
“It is, but hadn’t ought to be.”

You can read the full text of Mrs. Judge Jenkins here.

One thing we can know for certain is that we cannot know for certain how things in this life will turn out. And when decisions have been made or actions taken, there usually isn’t an “undo” or a one-size-fits-all answer for what to do next. “Dream on, dream until your dream come true” may sound like good, positive encouragement but it is not a realistic solution.

In those things we cannot undo, Paul advises us in 1 Corinthians 7 to remain faithful in the place where we are. We don’t need to look back in regret, wondering “where would I be if…”. True, you might not be where you are now, but where you are now is where you will hear the voice of the Father today. Had you done something else, you might not be anywhere close to where you could hear from God. “Today, if you hear His voice, do not harden your hearts…” (Psalm 95:6-7). Let Him tell you to move, if that is what He wants.

The mind of man plans his way,
But the LORD directs his steps.
(Proverbs 16:9)

It might be that our plans need a course correction. We often cite a Hebrew word for repentance, תּשׁוּבה teshuvah, for the course correction. I was surprised to find that this word (Strong’s Hebrew word #H8666) is never used in Scripture to describe repenting. The root word, שׁוּב shub, means to turn back. Teshuvah is found eight times in the Tanakh (Hebrew Bible, The Old Testament): once meaning return, twice in Job meaning to return an answer, and the other five times in Samuel, Kings and Chronicles in reference to the season of Spring as the return of the year.

The Biblical year is based on an agricultural cycle. The end or turn of the year is in the Fall, after the harvest, at Sukkot – the Feast of Tabernacles (Exodus 34:22). The return of the year is in the Spring (2 Samuel 11:1; 1 Kings 20:22,26; 1 Chronicles 20:1; 2 Chronicles 36:10). It’s just Spring, Summer, and Fall – planting, growing, and harvesting. The Winter months are not the defining focus, even though they are there.

So it is with us. Yes, we may have gone through some hard winters, but when we do teshuvah, when we turn toward our Father in a course correction, in that “Spring” we can return and start again right where we are. “Forgetting what lies behind ….. I press on toward the goal” (Philippians 3:13-14).

How blessed is the man who does not walk in the counsel of the wicked,
Nor stand in the path of sinners,
Nor sit in the seat of scoffers!
But his delight is in the law of the LORD,
And in His law he meditates day and night.
He will be like a tree firmly planted by streams of water,
Which yields its fruit in its season
And its leaf does not wither;
And in whatever he does, he prospers.
(Psalm 1:1-3)

For the LORD God is a sun and shield;
The LORD gives grace and glory;
No good thing does He withhold from those who walk uprightly.
(Psalm 84:11)

The steps of a man are established by the LORD,
And He delights in his way.
When he falls, he will not be hurled headlong,
Because the LORD is the One who holds his hand.
I have been young and now I am old,
Yet I have not seen the righteous forsaken
Or his descendants begging bread.
(Psalm 37:23-25)