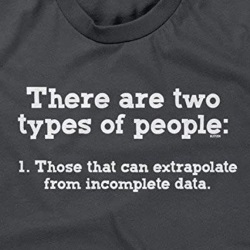 The Spring Feasts this year (5780/2020) have certainly been different. COVID-19, the county and state stay-at-home orders and “social distancing” made our normal fellowship impossible. It is a stark contrast to the previous year. In fact, last year was relatively easy – not just because we could fellowship, but because we did fellowship. And that dreaded calendar actually cooperated with us.

In 5779/2019, most of those using a sighted-moon calendar kept Passover at the same time as those using the Jewish (Hillel) calendar on Friday evening, the 14th day of the Biblical month. The following day was both a weekly Sabbath and the first day of Unleavened Bread. And the day after that, Sunday, 16 Aviv, we all observed “First Fruits” and began counting the Omer, ending with Shavuot which we all observed on the same day, Sunday, 6 Sivan.

Contrast that to the previous year, 5778/2018. Although the Jewish calendar had the same pattern as 5779/2019, many of those using a sighted-moon calendar kept Passover a day later. As a result, “First Fruits” and the start of the Omer count, as well as Shavuot, was a week later than the Jewish calendar. Then to confuse things further, there were some who pushed everything back an entire month based on the timing of the Spring equinox.

All of this controversy over dates can be a bit disturbing.

So, I decided to wait until after the Spring Moedim (Appointed Times) to post this. Passover, the start of the Feast of Unleavened Bread, the Wave Sheaf and the start of the count of the Omer, and the observance of the Resurrection of the Messiah are behind us for the year. It isn’t my intention to interrupt any of those celebrations, but rather to offer something to consider going forward, maybe for next year.

And it is OK if you don’t agree with me on all of this – or any of it for that matter. Give me a couple of years, and I probably won’t agree with all of it either. If you have never been that position – well, you’re probably just stuck.

Almost all of us in the Messianic and Hebrew Roots communities, as well as most Christians, understand and acknowledge that the Biblical Feasts all point to Yeshua. Sure they each have historical significance, and we remember that. But we also believe that the feasts in the Spring were prophetically fulfilled at the first advent of Messiah Yeshua, and that sometime in the future the feasts in the Fall will also be fulfilled at the second advent of Messiah Yeshua. We may argue about exactly how, but we agree that he did and will fulfill them.

I think we make an invalid assumption, though, if we require that in order for Yeshua to fulfill the Spring Feasts it means he had to do it in the exact timing as when they were initiated. I have even heard teachers say, for example, that if Yeshua hadn’t been crucified at the same time that the Passover lambs were being slain, then he couldn’t have been the Messiah. It is as if that timing somehow validates the atonement.

These same teachers then go back and reconstruct what Christians call the Passion Week, making everything in their timeline fit their concept of the Biblical Feast calendar. In reality, though, that isn’t possible. The three synoptic Gospels, John, and Paul don’t even agree on the timing of events (and I’m OK with that; I hope you are as well). Besides that, Yeshua couldn’t eat the Passover at the “correct” time and also be crucified at the “correct” time that the Passover lambs were slain. You have to invent scenarios that explain it away.

Yeshua validated his messiahship by what he did, not by when he did it.

So what do we know for certain about these dates? Please note that I am only looking at the Bible here, not historical or other extra-biblical writings.

In the first month, on the fourteenth day of the month at twilight is the LORD’S Passover.
(Leviticus 23:5)

The phrase translated “at twilight” is literally “between the evenings.” It is a phrase used about nine times in the Torah and is generally interpreted as meaning late in the day, early evening or as the NASB puts it, “twilight.” Throughout the Bible and particularly in regard to feasts, “evening” refers to the end of the day and not the beginning. (The only exception might be the creation story in Genesis 1, which has varying interpretations.) Consider:

On exactly the tenth day of this seventh month is the day of atonement… on the ninth of the month at evening, from evening until evening you shall keep your sabbath.
(Leviticus 23:27,32)

We do not know exactly when Yeshua ate his final Passover meal. The synoptic Gospels say it was on the “first day of Unleavened Bread” (Matthew 26:17, Mark 14:12, Luke 22:7). Mark and Luke add “when the Passover (lamb) was sacrificed” (the word “lamb” does not appear in the Greek text). We have to remember that this was almost 1500 years after the initial instructions, in a different culture under foreign occupation, and written in a different language, so the terminology may not be used exactly the same as it was in the wilderness of Sinai when the Torah was given. Further, the Gospel writers never assign a “date” (month and day) to anything. We can only make assumptions from which we draw our conclusions.

Then on the fifteenth day of the same month there is the Feast of Unleavened Bread to the LORD; for seven days you shall eat unleavened bread. On the first day you shall have a holy convocation; you shall not do any laborious work.
(Leviticus 23:6-7)

We do know the exact date that chag hamatzot, the Feast of Unleavened Bread, begins. We also know that the first day is a rest day similar to the Sabbath, although Torah never calls this day a Sabbath.

All of the Gospel writers record that Yeshua died on the “preparation (day),” the day before the Sabbath. John says that particular Sabbath was a “high day” (John 19:31). Both the terms preparation day and high Sabbath are foreign to Torah – again, remember this is a different culture and different language a millennium and a half later. The closest we might come to a preparation day is the command to gather twice as much manna and cook it ahead of time before the Sabbath.

We again have no dates, and can only speculate on what day of the week “preparation” and “High Sabbath” may refer to during this account of the Passover and days of Unleavened Bread. (Make no mistake – we know that the weekly Sabbath is on the seventh day of the week!)

Then the LORD spoke to Moses, saying, “Speak to the sons of Israel and say to them, ‘When you enter the land which I am going to give to you and reap its harvest, then you shall bring in the sheaf of the first fruits of your harvest to the priest. He shall wave the sheaf before the LORD for you to be accepted; on the day after the sabbath the priest shall wave it.'”
(Leviticus 23:9-11)

This is the only place in the whole Bible where this ceremony is specifically mentioned. While it is in association with a festival (Shavuot), it is neither a “feast” nor a “Sabbath.” Sorry, Biblically there is no “Feast of First Fruits” (except maybe as another name for Shavuot). Most of us today cannot observe this ceremony because it is agricultural and would require us to harvest our own grain, probably barley. None of us can do what it says because we cannot bring a harvest sheaf to a priest.

Actually, the word used in this verse translated as “first fruits” is ראשׁית reshit, Strong’s Hebrew word #H7225. It is the same word used in the first verse of the Bible and translated “beginning.” This passage refers to the “first of the harvest,” so “first fruits” is an appropriate translation. However, the Hebrew word we often hear describing this event, בכורים bikkurim, plural of bikkur, #H1061, is used to describe a different feast – Shavuot, the Feast of Weeks, the first fruits of the wheat harvest (Exodus 23:16, Leviticus 23:17, Numbers 28:26).

The day for waving the Omer is not specified. The only reference to it in Leviticus 23:11 says it is on the day, literally “tomorrow,” after the Sabbath. But nothing specifies which Sabbath. By tradition, it is the Sabbath – either the annual Sabbath or the weekly Sabbath – after Passover, but this is no doubt because the instruction in Leviticus 23 (and also Deuteronomy 16) immediately follows the instruction for Unleavened Bread. However in the narrative this is a new thought, beginning with “Then the LORD spoke to Moses,” so it could be any Sabbath when this grain was ready to first harvest.

In another instruction similar to this, it says “the time you begin to put the sickle to the standing grain” (Deuteronomy 16:9). We also know that the first year in the Promised Land, “On the day after the Passover, on that very day, they ate some of the produce of the land, unleavened cakes and parched grain” (Joshua 5:11), indicating that that year the first of the harvest came immediately after Passover.

Pretty much everything associated with a date for “First Fruits” is tradition, which is fine. Nothing in Scripture is date specific.

As believers in Yeshua, we understand this ceremony to be prophetic of the resurrection of Yeshua, which fits well with the tradition of assuming this Sabbath is right after Passover. And for this event, though we don’t have a definite date, the Gospels are very clear as to the day. The empty tomb was discovered on the morning of the first day of the week, what we call Sunday. The resurrection took place sometime during the preceding night. It could have even been at the end of the weekly Sabbath, but we don’t know that. All we can say for certain is that Yeshua was seen resurrected on the first day of the week.

The resurrection could have been on the day of the Omer/Wave Sheaf, “First Fruits,” described in Leviticus 23. It didn’t have to be. Should we observe the first day of the week following Passover as First Fruits, as Resurrection Day? We certainly can and many of us do, but keep in mind it is not a commanded observance. As vitally important as this day is, Yeshua never told us to celebrate his resurrection, but he did say to remember his death (Luke 22:19). Paul agreed (1 Corinthians 11:24-26).

I’ve written more about the counting of the Omer and the day of Shavuot in my post Shavuot – The Undated Holiday.

The Appointed Times of Yahweh, what we call the Biblical Feasts, are important and we are commanded to keep them. But there is not enough information given in Scripture for us to know exactly when some of them occur. So we must rely on interpretation, assumption, deduction and tradition. And we need to do this together, in unity, as a community of believers. That probably means that sometimes we’re going to gather on a day that we don’t happen to think is the right one. It isn’t the time to criticize, condemn or look down on someone else who is doing their best to please our Father. We’ll get over it.

Behold, how good and how pleasant it is
For brothers to dwell together in unity!
(Psalm 133:1)