↓
Home→Feasts→Questions On the Book of Esther 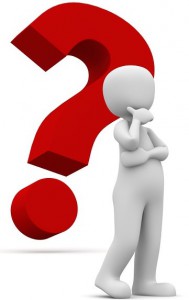 Recently I received these questions from a prison inmate with whom I have been working. I would encourage you to read my article Why I Hang Out With Criminals for more information. This gentleman has been studying Esther in preparation for Purim. Here are his questions and my responses. If you would like to comment further, please do so at the end of this post.

It is thought that Queen Vashti refused to come before King Ahasuerus because Yahweh caused her to break out with leprosy, not because of modesty. My question is why is this insight only found in a Tanach and not say an NIV or NASB? It makes sense because it would be Yahweh making room for Esther to take her place. Is this only speculation on why she refused to come?

This idea appears to originate with Rashi, but may have existed before he wrote it down. I don’t see any support for this in Scripture. The Biblical narrative suggests that this was a voluntary decision by Vashti, not that something prevented her from presenting herself. The men were afraid that other women in the kingdom would behave as Vashti did (1:17). One article I read proposed that Rashi came up with his story in order to downplay the boldness of a woman. The more likely scenario is that the King and his associates were drunk and that he called for Vashti, who was very beautiful, in order to show her off – probably naked. She chose not to comply, and possibly was choosing not to be humiliated.

In the Septuagint, the Greek word used to describe the party in 1:5 is gamos (Strong’s number G1062) meaning “nuptuals.” It is used 16 times in the New Testament and always refers to a marriage or wedding. In the Greek version, verse 1:11 has an additional phrase not found in the Hebrew Tanach. It says the King commanded “to bring the queen to him to make her queen and to place the crown on her and to show her to the rulers and her beauty to the nations; for she was beautiful.” (ESV) This phrase has also been translated as “in order to proclaim her queen” (NRSV). Perhaps this was the marriage that would have made Vasthi the queen, and she refused to participate – leaving the King standing at the altar.

To read the Greek version, you will need a copy of the Apocrypha that contains the complete book of Esther. You will not see this if you only have the additional chapters to be read with the Hebrew text. Even the Greek version of what we have in Hebrew has differences form the Hebrew text besides just the additional chapters. The next question highlights another of those differences.

Do you think Esther consented to her relationship with King Ahasuerus? She wanted him to think of her as a common person not exposing herself as a descendent of King Saul in the hopes that King Ahasuerus may be like “get this woman from before me she doesn’t meet my standards” or something to that. I can gather why she hid her faith because one Mordecai told her to because the thought on this is that according to King Ahasuerus’ calculations the prophetic 70 year deadline of the Jewish exile had passed yet Babylonia, Persia and all the likes were still standing firm, the Jewish people had not been returned to their land, this throne must surely be secure, the king was what threatened by the Jewish people? By prophecy that it would come to pass and he would lose his throne, glory, and power?

The idea that Esther was related to King Saul comes from verse 2:5 (and also verse 11:2 in the Apocrypha) and related commentary in the Talumd and Targums. Many scholars, though, believe that the Kish mentioned in these verses is not the father of King Saul. Regardless, I don’t think it is likely that Esther would have considered that relevant in her captivity. I would think that all of the young girls taken for consideration to the king were from the common people.

It is also just as unlikely that the Persian King would have given any consideration to, if he even knew about, the 70-year prophecy. In fact, nothing in the exchange between Haman and the King indicates that he even knew it was the Jewish people Haman wanted to eradicate. They are just described by Haman as “a certain people scattered abroad” who should not be tolerated.

Another interesting difference between the Greek and Hebrew texts is found in verse 2:7, where the Greek text says that after the death of Esther’s parents, Mordecai “brought her up for himself as a wife” (ESV – Brenton renders it as “he brought her up for a wife for himself”). This would suggest that Esther was quite young when her parent’s died, and that Mordecai took her in and had intended to take her as a wife when she reached the appropriate age. Instead, she was taken and presented to the Persian King.

When the Jewish people fought back against their enemies, why did they choose not to plunder? Was it commanded you think that they weren’t to lower their standards or the standards in which Yahweh held them?

No explanation for this is given, though it is pointed out three times that “they did not lay their hands on the plunder” (9:10,15,16). Certainly they were entitled to do so (8:11), and in fact the Persians had intended to take the plunder after annihilating the Jewish people (3:13). Notice that when the Jews were given authorization to kill their enemies and take the plunder, they were permitted to kill all of them, including women and children. However, the text shows that when they defended themselves they only killed the men who came against them (9:6,12,15). Although verse 16 does not indicate a gender, you could assume that the action was the same and it was only men who were slain.

By not taking the plunder, necessities would have been left behind to sustain the women and children who no longer had the men to provide for them. That is, of course, only speculation. But, it has been the pattern of the Jewish people throughout history to show mercy. Even today in the violence that takes place in the Middle East, wounded enemies of Israel are cared for in Israeli hospitals.

What is the deal with the number two in this book? I know you know what all those numbers symbolize. Here’s the list in what I have found:

Wow. Actually, I am not that familiar with the significance of numbers in the Bible, and I don’t know much about the number “two.” The primary thing, I think, would be that two witnesses are required to establish something as true. I am reminded of this passage in Genesis regarding Joseph’s interpretation of Pharoah’s dreams: “Now as for the repeating of the dream to Pharaoh twice, it means that the matter is determined by God, and God will quickly bring it about” (Genesis 41:32-33).

Is the fact that Yahweh’s help is not mentioned in this book an implication that He is with us even when we don’t see Him there?

There have been a lot of theories as to why there is no direct reference to God in the book of Esther. I’ve made several references here to the Greek version of Esther as found in the Septuagint or Apocrypha. The Septuagint is, for the most part, a Greek translation of the Hebrew Tanach thought to have been mostly completed in the third and second centuries BCE. There are, however, parts of the Septuagint that are not in the Hebrew Tanach – namely, a good portion of what we now call the Apocrypha.

Among these writings that are only in Greek are portions of the book of Esther not found in the Hebrew Bible. They were probably added after the Hebrew text was written in order to add additional detail (such as some of the things I mentioned earlier). In adding additional detail and clarification, the Greek version actually does mention God several times, including the chapter that comes before Chapter One in the Hebrew text, sometimes called Chapter 11 or the “A” addition. This portion describes the captives as “they cried to God” (11:10) and also states “Mordecai saw in his dream what God had determined to do” (11:12). Chapters 13 and 14, or the “C” addition, are prayers of Mordecai and Esther that frequently contain the phrase “O Lord” or “O Lord God.”