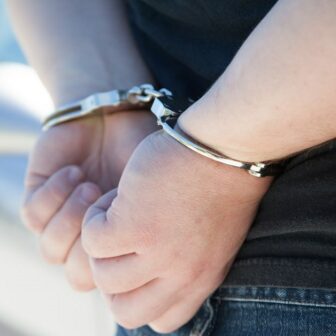 You probably do as well. In fact, you may be one. The majority of us have, at one time or another, transgressed the laws of the land. Sometimes we get caught, and if the offense is great enough it may warrant a fine or even incarceration. Chances are, even if you have no criminal record yourself, you know someone who does.

For many years I have been involved in what is often called “jail ministry” or “prison ministry.” I have encountered many men who have committed horrible crimes. Others are locked up because they just made a bad choice or a stupid mistake. And of course still others maintain their innocence, being at the wrong place at the wrong time, framed or just simply misunderstood. I never ask why they are there, though quite often they volunteer the information. 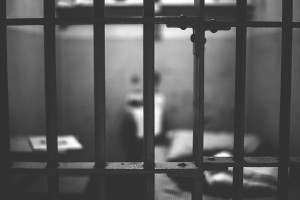 When I started going to the local jail, I went with a small group of men from the church I was attending and usually took my guitar. We would sing some of the choruses and hymns from church services, and I was often amazed at how these inmates would know the words and sing along with us. Many had been raised in church, but somewhere along the line had strayed and found themselves in trouble. A lot of them are not that much different than you or me.

“Remember the prisoners, as though in prison with them, and those who are ill-treated, since you yourselves also are in the body” (Hebrews 13:3).

Several times we are admonished in Scripture to remember, visit and otherwise care for those who are imprisoned. Perhaps we think of those like the apostle Paul who were wrongly imprisoned for the sake of the gospel – people like Saeed Abedini who was recently released from an Iranian prison. It is fairly easy to feel compassion for those who seemingly have done no wrong and yet are falsely accused and detained. But what about the thief, the murderer, or the drug dealer? This is not as easy.

And yet, here I was looking at a group of men who were in jail for who-knows-what (probably not preaching the gospel). They were singing along with us, recognizing something familiar and to some extent reaching out for someone to show them a path to redemption. Not all of them, but some. That was when I knew the Holy Spirit was telling me to minister to them.

A few of the men I met had come from a Jewish background, and others had been introduced to the Hebraic faith after becoming incarcerated. I remember one gentleman coming up to me after a Bible study because he noticed I had ended a prayer “in the name of Yeshua.” He identified himself as a Hebrew Christian, and from there we began a friendship that continued as he moved throughout the Department of Corrections and after his release.

Because the men I had worked with moved to different facilities, I came to know some of the chaplains. As new inmates came in, some of them would express an interest in Hebraic faith, calling it by various different names. It didn’t matter what they called it; the chaplains knew they could call me for this thing they weren’t all that familiar with. As a result, many opportunities have come up to minister to men on this walk. The chaplains welcome volunteers, and the residents are very appreciative.

Over the past several years, I have been allowed spend time with the men in Torah studies, Sabbath services and especially Feast celebrations. At one of the minimum security facilities here in Indiana, I have been permitted to hold a full Passover Seder – complete with matzah, juice, horseradish, charoset and everything else needed for the Seder along with roast beef brisket, mashed potatoes, vegetables and dessert. These are things these guys don’t usually get – one of them who had been locked up as a teenager and had served nearly twenty years told me he had never eaten peaches before.

Why would I tell you this? Because these men are hungry for fellowship and really committed to learning and serving. And this is what Yeshua has instructed us to do – to visit His brothers who are in prison and thus serve Him. “Truly I say to you, to the extent that you did it to one of these brothers of mine, even the least of them, you did it to Me” (Matthew 25:40). So that is why I hang out with criminals.

One of the men I have been meeting with recently sent me a list of questions regarding things in the book of Esther. He, along with several others, has been reading Esther in preparation for Purim. These gentlemen only have time – more time than most of the rest of us outside prison walls. The depth of the questions shows how much thought they put into their study, and I am posting them along with the answers that I tried to research. I hope they encourage you.