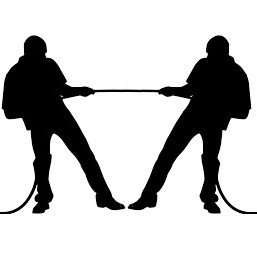 In the New Testament narratives, we are often presented with religious leaders identified by the terms Sadducees and Pharisees. Both were part of Second Temple Jewish life in the time of Yeshua, yet they had very different views on certain religious and theological concepts (Mark 12:18-27, Acts 23:6-10).

Perhaps a similar distinction can be seen today in Christianity between Catholics and Protestants. While both believe in Jesus Christ, his death, burial, resurrection and future return, they have markedly different views on other topics.

But we also know that all Protestants don’t agree with each other. Two Christian pastors or teachers – one Southern Baptist, and the other Pentecostal – would likely find they have many things in common. Yet bring up the issue of tongues and it can get very divisive, sometimes explosive.

What we may not realize when reading the New Testament, is that the Pharisees were also not a monolithic group. Yes, they were committed to upholding Torah and following it in their daily lives, yet two schools of thought identified by the names of Jewish scholars Shammai and Hillel defined very different ways in which they approached Torah observance.  This conflict is the basis for some of the challenges against Yeshua, especially regarding the Sabbath.  It may also even help to explain later friction between Peter and Paul.

Recently a friend, Terry Wright, gave some insight at one of our Sabbath gatherings into these two schools of thought within Pharisaic tradition. With his permission, I am sharing his presentation here. I hope you find it enlightening.

Why this study, and what is its practical use?

From the Christian site GotQuestions.org:

Ultimately, the differences between Shammaite and Hillelite interpretations of Jewish law are more a matter of historical trivia than a major concern for Christianity. While their influence on Jewish theology might have been significant, the teachings of Shammai and Hillel are ultimately irrelevant against the contents of Scripture and the actual teachings of Jesus Christ.

GotQuestions.org got it wrong.

Whether actual people or just schools of thought, Beit Shammai and Beit Hillel (the House of Shammai and the House of Hillel) were central to Judaism at the time of Yeshua’s ministry. Thus, understanding the cultural impact of these schools in that day can help us understand some of the major disputes Yeshua had with the Pharisees. This information can be valuable when discussing with family and friends of the mainstream Christian mindset the erroneous interpretations of the Brit Chadashah (New Testament) which appear to not be in line with the Tanakh (Hebrew Scriptures). Of course, these discussions should take on the spirit of Hillel and not Shammai as we will see later.

History – From The Maccabees/Hasmoneans To Yeshua

After the death of Alexander the Great, Seleucus, one of his four major generals, formed the Seleucid Empire in 321 BCE that ruled over Judea (with a few years of Ptolemaic rule).

The Hellenization of the people picked up steam, though there was no forced repudiation of Judaism. Historians believe this was the birth of the Pharisaical movement, which rose to push back against this Hellenization and try to keep the people in Torah. When Antiochus Epiphanes became Seleucid ruler in 175 BCE, he eventually forced the conversion of Jews and profaned the Temple.

The Maccabean revolt resulted in a new Jewish kingdom around 167 BCE. The new kingdom, after the death of the Maccabees, evolved into the Hasmonean Dynasty, a loose protectorate under the Seleucids again, but this time with more religious freedom.

Through politics and internal struggles, the kingdom ended up in an alliance with the Romans. Later, after a civil war in the kingdom, the Roman general Pompey conquered Judea, setting it up as a Roman Client State in 63BCE (still under the Hasmonean rulers). Then in 37 BCE, the Roman Senate assigned Herod the Great as the King of the Judean province, transitioning it into a Herodian Roman Client State. Herod ruled until his death in 4BCE.

The Sadducees (Hebrew, tsedukim) were the upper social and economic echelon of the time. It is believed they were typically chosen as the Priests. It was political, though still focused on Torah. They were somewhat liberal in that they allowed some Hellenization into their lives. They did not believe in the Oral Law or that the Writings were valid for interpretation of Law, but only the five Books of Moses, the Torah or Pentateuch. They used their relationship to the Herodians in order to maintain control of the Temple. They were supported by the rich and the political officials. But generally the people did not like them, and instead followed the Pharisees for learning of Torah.

According to Josephus, the Sadducees believed that:

Josephus and parts of Talmud say the Essenes were extremely devout Jews who rejected the overall Pharisaical, Sadducean and political influences on Jewish life and the Temple. They kept out of society in general as they hated the Greek influence and anything that was outside of their thoughts of Torah. They lived remotely and were a very closed and secretive group. It is believed by many that they were the writers of the various Dead Sea Scrolls.

The Pharisees (Hebrew, perushim) were largest party of the religious leadership of the day. They were the “teachers” of the people and the scholars and scribes of the Torah and Oral Law. They believed the Oral Law was also given to Moses when the written Torah was given.

The Zealots were both religious and non-religious Jews who politically fought against the Roman rule and wanted political independence.

The Sacarii or Sicarii were a subset of Zealots and were assassins.

While the political landscape of the first century BCE was filled with turmoil, the study of the Law and how it should be walked out by the people had been kept mainly by the scribes and sages since the time of the Hellenization of Judah during the Maccabean period. These scribes and sages formed the group known as the Pharisees.

The political and priestly caste that came from the Hasmoneans became the group known as the Sadducees.

In the century before Yeshua, the practice of a Torah scholar having followers (disciples) and teaching them their philosophy on Torah became common. These “scholars” eventually became known as Rabbis. Yeshua having followers or disciples was therefore consistent for the culture of the time. There were many who had disciples, including John the Baptist.

Also during the century or so before Yeshua, Pharisees and Sadducees together formed a committee called the Sanhedrin to discuss and come to conclusions on interpretations and rules for religious and civil society. When Herod took power he allowed this Sanhedrin to operate as the authority on religious matters and even many civil matters as well, with the exception of issues pertaining to life and death. These were the prerogative of the Roman government.

According to the Talmud, in general there were not large disagreements or controversies within the Pharisaical group, who were the majority in the Sanhedrin.

Around 30 BCE Hillel became the Nasi, or President, of the Sanhedrin. Hillel was a Jew from Babylon who was devout and mild mannered. He was Nasi from about 30B CE to 4 BCE. After his death his son Simeon was Nasi for a short time, then his grandson Gamaliel became Nasi. Gamaliel was the one from whom the Apostle Paul learned. During the time after Yeshua rose, Gamaliel wrote the benediction against the minim (Hebrew for “heretics”), the name they called the Jewish Christians.

Also according to the Talmud, Hillel was humble, mild mannered and very patient. He believed that Jews were commanded to take the Torah to the Gentiles and bring them into the light. He had a broader view of the Torah than just a literal interpretation. He sought to understand the causes underlying the laws and analyzed interpretations before arriving at his own conclusions – for example, “an eye for an eye.” He favored interpretations which did not unduly burden the people.

Shammai Comes On The Scene

Due to the turmoil of Roman and Herodian rule, some were very concerned with the Gentile influence on Judean society within the Pharisee group. Some, the Zealots, actively plotted against the Romans and Herod. Within this time one Pharisee came to prominence who differed from Hillel’s views in some areas.

Shammai was an impatient and angry man. He was extreme in his piety. The Shabbat (Sabbath) was of highest importance to him. He was focused on the minutiae of the commandments. He believed in the extreme literalness of the commandments, even when logic showed that literalness was not intended (again, consider “an eye for an eye”).

Shammai and His Edicts

Shammai formed what the Talmud calls “the 18 Edicts.” While we do not have a copy of these edicts, the Brit Chadashah reveals what some of these would have been. These Edicts were created to distance Jewish life from the Gentile world. One example is the edict that Jews were not to eat with Gentiles and another that Gentiles could not, no matter how pious, merit salvation in the world to come.

The shift to the Shammai majority resulted in their interpretations taking precedent in the land.

The Damascus Scroll, one of the Dead Sea Scrolls, criticizes what was probably the Shammai rules that “built up a rickety wall.” In fact, centuries later it was written in the Talmud that the time when Shammai took over the religious rule of the people was akin to the worshiping of the golden calf.

This was the religious environment during the time of Yeshua and the writing of the Brit Chadashah. Today, mainstream Judaism generally aligns itself with the philosophy of the School of Hillel. For an outstanding reference regarding the development of Rabbinic Judaism, consider Rabbi Akiba’s Messiah: The Origins of Rabbinic Authority by Daniel Gruber.