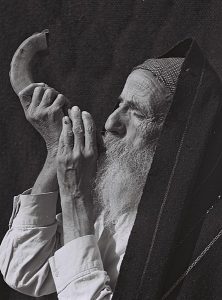 This is an exciting time – the fall Appointed Times are fast approaching! With the first day of the seventh Biblical month right around the corner, I thought I would explore a little into what the Bible says about this day as well as some of the traditions that go with it.

So, what do we call this day? Does Scripture give it a name? I’m not convinced that it does. There are only two places in Torah where the observance of the first day of the seventh month is discussed: Leviticus 23:23-25 and Numbers 29:1-6. As for what to call this day, here is an English translation as rendered in the New American Standard Bible:

Speak to the sons of Israel, saying, In the seventh month on the first of the month you shall have a rest, a reminder by blowing of trumpets, a holy convocation (Leviticus 23:24).

Now in the seventh month, on the first day of the month, you shall also have a holy convocation; you shall do no laborious work. It will be to you a day for blowing trumpets (Numbers 29:1).

So what about the name Rosh Hashanah, meaning “head of the year?” That phrase does appear in Scripture, but only once.

In the twenty-fifth year of our exile, at the beginning of the year (b’rosh hashanah), on the tenth of the month, in the fourteenth year after the city was taken, on that same day the hand of the LORD was upon me and He brought me there (Ezekiel 40:1).

The Sounding of the Shofar

The Hebrew scriptures differentiate between a metal trumpet, chatsotserah (Strong’s Hebrew word #H2689), and a ram’s horn shofar (#H7782). It is interesting that neither word appears in Leviticus 23 or in Numbers 29 where this Appointed Time is described. According to Leviticus 25 though, the shofar is used to announce the year of Jubilee.

Traditionally there are four different shofar blasts that are sounded on the “day for blowing trumpets.” A combination of these totalling100 shofar calls will be heard.

Tekiah is one clear, unbroken blast of the shofar. A similar word, taqa’ (#H8628), appears almost 70 times in the Hebrew scriptures. Another similar word, teqa’ (#H8629), appears only once in Psalm 150:3, “Praise Him with the trumpet sound.”

Shevarim is a series of three short but connected blasts sliding up in pitch like a cry or siren. The word does not appear in this context in Scripture, though the noun shebar (#H7667) meaning a breaking, fracture or destruction, including the plural form shebarim/shevarim, occurs more than 40 times..

Teruah is a series of nine very short staccato notes, usually three groups of three. Each set of three is about the same length as one of the three shevarim blasts, so teruah consisting of nine notes is about the same length as shevarim consisting of three. This word (#H8628), appears 36 times in the Hebrew Bible, though it does not always mean a shofar or trumpet blast.

Tekiah Gadolah, or the great tekiah, is a very long tekiah blast that ends the 100 shofar calls. It lasts for as long as the one blowing the shofar is able to hold it.

According to tradition, the horns of the ram caught in a thicket and substituted as a sacrifice for Isaac (Genesis 22:13) became two great shofarot (plural of shofar). One of them was sounded by God from Sinai (Exodus 19:16-19) at the giving of the commandments and the other will be sounded to announce the Messiah and the regathering of Israel.

And then the sign of the Son of Man will appear in the sky, and then all the tribes of the earth will mourn, and they will see the Son of Man coming on the clouds of the sky with power and great glory. And He will send forth His angels with a great trumpet and they will gather together His elect from the four winds, from one end of the sky to the other (Matthew 24:30-31).

In that day the LORD will start His threshing from the flowing stream of the Euphrates to the brook of Egypt, and you will be gathered up one by one, O sons of Israel. It will come about also in that day that a great trumpet will be blown, and those who were perishing in the land of Assyria and who were scattered in the land of Egypt will come and worship the LORD in the holy mountain at Jerusalem (Isaiah 27:12-13).

Another tradition reflecting a Biblical truth is the ceremony of Tashlich. The practice is based on this passage from the prophet Micah:

He will again have compassion on us;
He will tread our iniquities under foot.
Yes, You will cast (tashlich, #H7993) all their sins
Into the depths of the sea.
You will give truth to Jacob
And unchanging love to Abraham,
Which You swore to our forefathers
From the days of old.
(Micah 7:19-20)

According to Barney Kasdan in his book God’s Appointed Times:

In traditional groups, the afternoon of Rosh Hashanah is spent at a body of water (ocean, lake or stream) observing the ancient service, Tashlich. The word derives from Micah 7:19 where the prophet promises, “You will hurl all our iniquities into the depths of the sea.” To illustrate this beautiful truth, people cast bread crumbs or pebbles into the water and rejoice in God’s promise of forgiveness.

… What a meaningful service this can be for believers – to cast bread crumbs, symbolizing sin, into a body of water! The shofar can be sounded and a guitar played while songs of praise are sung to celebrate the truth of Micah 7:19.

Tashich is sometimes accompanied with tevilah mikvah. The Hebrew word tabal (#H2881) means to dip, immerse or plunge; tevilah mikvah is the Biblical act of immersing oneself in a natural water source, a mikvah (#H4724).

A celebration like this – very often called a Feast – would be incomplete without food. Again following tradition, this is a day to eat tasty dishes made with honey and to wish everyone a sweet new year. Popular treats include honey cake and sliced apples dipped in honey. Tzimmes, or carrots and honey cooked with a little orange, pineapple and some raisins, is also a common tradition. For the kiddush, the regular challah bread is replaced with a round raisin-filled challah and served with sweet wine.

There is so much more to this day and the prophetic significance of this feast. It has been called the Day of Remembrance, the Day of Judgment, the Day of Shouting, The Birthday of the World, the Day No Man Knows, and the Feast of Trumpets, among other names. It is the beginning of the Ten Days of Awe leading up to the Day of Atonement, Yom Kippur. The Biblical instruction for this day is to gather and sound the shofar. And although specific sacrifices and offerings are also described, we are not able to perform those today.

May you be blessed as you search these out and as you celebrate the Appointed Times.

l’shanah tovah u’metukah – May you have a good and sweet year!