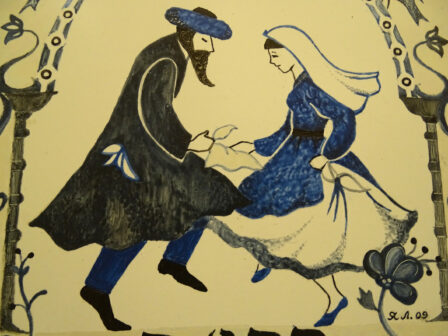 The 23rd chapter of the book of Leviticus gives a concise overview of all of the commanded festivals and appointed times. There have been many things written about their prophetic significance, as well as a broad range of opinions on how they should be observed. Here some are only mentioned briefly, such as the Passover where we are told just that is the evening of the fourteenth day, but they are covered extensively elsewhere. Others, like the wave sheaf of the first fruits, are described in detail in this passage but are rarely if ever mentioned anywhere else. In this chapter where all of them are listed, there are details that can be used to compare and contrast what is said about each individual festival.

Only two of the appointed times are described as shabbat shabbaton, “a Sabbath of complete rest.” This phrase describes the Weekly Sabbath (Leviticus 23:3) and Yom Kippur, the annual Day of Atonement (Leviticus 23:32). This same phrase is used to describe the Weekly Sabbath in Exodus 31:15 and Exodus 35:2, and to describe Yom Kippur in Leviticus 16:31. The only other place this phrase appears in the Hebrew Bible is in Leviticus 25:4 regarding the land during the seventh year.

Along with the description of “complete rest” is the command to do no work at all:  kal-malakah lo ta-asuw, “all work you shall not do.” Again, this command is only given for the Weekly Sabbath and Yom Kippur. No work of any kind is to be performed on these days.

Two of the Appointed Times – the day of the Passover and the day of the Wave Sheaf – are not described with this instruction and would therefore be considered regular working days. Regular work is also not restricted on the intermediate days of the Feast of Unleavened Bread and the Feast of Tabernacles.

This chapter in Leviticus does not use term High Sabbath. And although each of these annual days (except for the Day of Atonement) has the same description regarding both holding a sacred assembly (convocation) and restricting work, only the ones in the seventh month are actually called Sabbaths. The Hebrew word shabbaton (according to Brown-Driver-Briggs, a “Sabbath observance”) describes the Feast of Trumpets (verse 24) and the first and eighth days of the Feast of Tabernacles (verse 39). As previously mentioned, the Day of Atonement and the Weekly Sabbath are called Shabbat shabbaton. The first and seventh days of Unleavened Bread and the Feast of Weeks are not called shabbaton in this chapter, even though the descriptions are the same as the Fall days.

The Counting of the Omer (Wave Sheaf)

Verse 11 tells us that the day of the Wave Sheaf is on “the day after the Sabbath.” It is on this day that we are instructed (verses 14 & 15) to begin counting fifty days, seven complete Sabbaths, until the day after the seventh Sabbath, and then to celebrate the Feast of Weeks. The Jewish tradition is to begin counting on the day after the first day of Unleavened Bread, which is considered a “High Sabbath.” However, because the term “Sabbath” is noticeably omitted from the description of the days of Unleavened Bread, I believe the count is to begin following the Weekly Sabbath. That is my opinion.

Points of disagreement regarding days should never be an occasion for division among believers. It is important that we observe these commanded times, and they are to be convocations with other believers. Use whatever method is used by the leader of your local congregation as a basis for counting up to the Feast of Weeks so that you can celebrate together.

The Timing of Passover

A similar question arises regarding when to observe Passover. Because Scripture only says that it is on the fourteenth day of the first month at evening (literally, between the evenings), there are some who observe Passover in the evening that begins this day, and some that observe Passover at the conclusion of the day. I think that the answer can be found elsewhere in this chapter.

Verse 32 describes the observance of the Day of Atonement, which is on the tenth day of the seventh month, as beginning “on the ninth of the month at evening, from evening until evening you shall keep your Sabbath.” This would indicate that the beginning of the tenth day is called the evening of the ninth day. Following this same understanding, the day of Passover would be from the evening of the thirteenth day until the following evening, which would be considered the evening of the fourteenth. It is at this evening ending the fourteenth day that the Passover meal is observed, followed immediately by the first day of the Feast of Unleavened Bread.

Again, do not divide over this issue. Keep each of these celebrations in agreement with other believers around you.

A Couple of Technicalities

Here are a few other things to note, just for clarity.

First, the Feast of Trumpets (traditionally also known as Rosh Hashanah) is actually called Yom Teruah, the “Day of Blowing” or something similar. It is assumed that trumpets or shofars are blown, even though the instrument is not specifically mentioned. Most modern translations insert the word “trumpets” in verse 24. It could also mean shouting, making a loud noise, or a number of other things. “Trumpets” sounds good to me.

Leviticus chapter 23, part of this week’s Torah Portion Emor, tells us all in one place of the Appointed Times that we are to observe – beginning of course with the Weekly Sabbath. The wording seems to suggest that the Weekly Sabbath is of greater importance than the other celebrations (with the exception of the Day of Atonement). We can all know when it is the seventh day of the week. We also should not argue or divide over the exact day on our modern calendars on which the others may fall. Observing them as a Holy Convocation together with other believers is more important.

And when you are observing them, go beyond the technical issues I have written about here and really dig into the purpose, both now and prophetic, for which our Father has given these to us. The feasts in the Spring are clearly prophetic of the death, burial and resurrection of Messiah Yeshua (Jesus) followed by the outpouring of the Holy Spirit at Pentecost (Shavuot, the Feast of Weeks). Likewise, the feasts in the Fall season point directly to His return at the End of the Age.

* The word for “trumpets” does not appear in Hebrew name for this feast. See the section marked “A Couple Of Technicalities.”