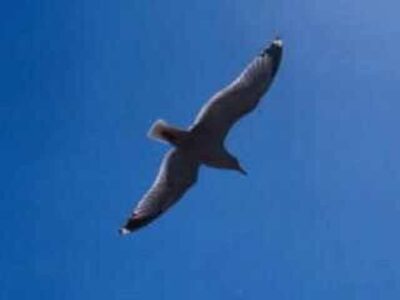 It has been the practice of the Jewish people to read through the Torah – the first five books of Scripture – on either a one-year or three-year schedule. For the more common one-year cycle, the Torah is divided into 54 portions. Throughout the year, one or more of these portions is read each Sabbath, with an occasional pause for special readings around the festival celebrations. The name of each Torah Portion is taken from the first few words in the Scripture passage, similar to the way the five books are named in the Hebrew Bible.

This week we read Torah Portion Kedoshim, which consists of chapters 19 and 20 of the book Vayikra (the Hebrew name for the book of Leviticus). It begins like this:

Then the LORD spoke to Moses, saying: “Speak to all the congregation of the sons of Israel and say to them, ‘You shall be holy [kedoshim, “holy ones”], for I the LORD your God am holy (Leviticus 19:1-2).

“Kedoshim – Holy Ones – you shall be.” This is a daunting command, one that is repeated no less than four times in the Torah, and is stated again in the New Testament.

As obedient children, do not be conformed to the former lusts which were yours in your ignorance, but like the Holy One who called you, be holy yourselves also in all your behavior; because it is written, “YOU SHALL BE HOLY, FOR I AM HOLY” (1 Peter 1:14-16).

Peter recognizes that it is behavior, the things we do – dare I say, our works – that are the evidence determining whether or not we are Kedoshim – Holy Ones. Indeed, the remainder of the Torah Portion gives us some specific instructions as to how we are to live out this command to “be holy.”

LORD, who may dwell in your sanctuary?
Who may live on your holy hill? (Psalm 15:1 NIV)

It is suggested that Psalm 15 was written by King David when the Ark of the Covenant was moved from the house of Obed-edom to Jerusalem. God had given specific instructions for how the Ark was to be carried, but initially David and the priests did not follow them, quite possibly because of ignorance. “Because you did not carry it at the first, the LORD our God made an outburst on us, for we did not seek Him according to the ordinance” (1 Chronicles 15:13). Now, on the second attempt, they moved the Ark in the way God had commanded, and there was the sound of joyful celebration. “And David was dancing before the LORD with all his might, and David was wearing a linen ephod. So David and all the house of Israel were bringing up the ark of the LORD with shouting and the sound of the trumpet” (2 Samuel 6:14,15).

The sanctuary (or Tabernacle) and the holy hill were the resting place of the Ark where the presence of God was. Even though this is a literal place, the Psalmist has used the terms here to poetically describe abiding in both the immediate presence of God and also “the eternal abode of the Most High… The question is equivalent to asking, who is qualified to dwell with God? Who may properly be regarded as his friend? Who has a title to his favor? Who is truly pious?” (from Barnes’ Notes on the Bible). The focus of the questions is “holiness, without which no one will see the Lord” (Hebrews 12:14 NKJV).

What follows is a description of the man who apparently meets the requirements of the matter under consideration. Interestingly, there is nothing in the list that speaks of any act of worship directed toward God, or any other typically thought of religious practice or pretense. Every characteristic mentioned here regards how the righteous person relates to his fellow man.

He whose walk is blameless
and who does what is righteous,
who speaks the truth from his heart
and has no slander on his tongue,
who does his neighbor no wrong
and casts no slur on his fellowman,
who despises a vile man
but honors those who fear the LORD,
who keeps his oath
even when it hurts,
who lends his money without usury
and does not accept a bribe against the innocent.
(Psalm 15:2-5 NIV)

Love Your Neighbor As Yourself

This is the concept expressed in our Torah reading this week. “Do not go about spreading slander among your people. Do not do anything that endangers your neighbor’s life. I am the LORD… Do not seek revenge or bear a grudge against one of your people, but love your neighbor as yourself. I am the LORD” (Leviticus 19:16,18 NIV). We recognize this as what Yeshua (Jesus) called one of the two greatest commandments.

This is a familiar passage, yet one that is often taken too lightly. It is easy to say we love our neighbor, especially when there are no specifics attached to the word “love.” But here in this Psalm as well as in the Torah passage, there are specifics. Our actions are what identify us followers of Yeshua. “By this all men will know that you are My disciples, if you have love for one another” (John 13:35).

The writer of Second Peter urged the believers to “be all the more diligent to make certain about His calling and choosing you; for as long as you practice these things, you will never stumble; for in this way the entrance into the eternal kingdom of our Lord and Savior Jesus Christ will be abundantly supplied to you” (2 Peter 1:10,11). Practice what things? He spelled them out, in a progression where one characteristic builds upon another: faith, goodness, knowledge, self-control, perseverance, godliness, brotherly kindness, and ultimately, love. (2 Peter 1:5-7) Doing these things, he said, “you will never stumble.”

And so also said the Psalmist.

He who does these things
will never be shaken (Psalm 15:5).