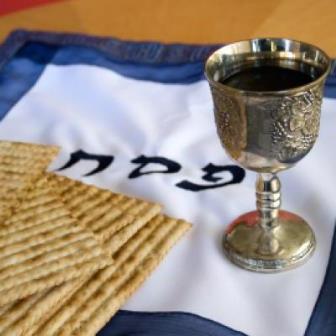 Over the past couple of weeks the Torah portions have described the plight of the Israelites in Egypt, the mission of Moses and an account of the ten plagues. This week’s reading concludes with the instructions for the Passover and the account of the Israelites leaving Egypt. If you are new to a  Hebraic understanding of your faith or if you have never celebrated a Passover, I encourage you to make plans now to observe Passover this spring.

Traditionally, the observance of Passover follows the Seder, a Hebrew word meaning “order.” The Seder tells the story of the Exodus, following the instructions, “and when your children say to you, ‘What does this rite mean to you?’ you shall say, ‘It is a Passover sacrifice to the LORD who passed over the houses of the sons of Israel in Egypt when He smote the Egyptians, but spared our homes’” (Exodus 12:26-27).

How do I observe Passover?

First, make sure you read the story of the first Passover in Exodus 12. Remember, these are actual events that occurred that year. It also says to observe this as a memorial every year, but yet does not say exactly how to do that. Clearly there are things that happened the first year that do not happen annually (like the slaying of the firstborn of Egypt) and associated things (like applying the blood to the doorposts) that wouldn’t be done every year.

Leviticus chapter 23, where God details all of the festival celebrations, only tells us “In the first month, on the fourteenth day of the month, is the LORD’s Passover” (Leviticus 23:5). Numbers 28:16 says the same thing. (Please note, this is on the 14th day of the first Biblical month in the spring, not on the 14th day of January. I may address this further in another post. You should find “Passover” marked on most calendars either in late March or early to mid April each year). Only in the 9th chapter of Numbers are there just slightly more specific instructions about the memorial celebration. “They shall observe it; they shall eat it with unleavened bread and bitter herbs” (Numbers 9:11).

So, “it” – the lamb – and unleavened bread, and bitter herbs.

Do I need to sacrifice a lamb for Passover?

In a word, the answer is no. I don’t base this answer on any theological debate about whether or not animal sacrifice is valid today. There is no reason to even go that far. Scripture gives very specific instruction regarding the Passover sacrifice that even applied to the Israelites at the time they entered the Promised Land.

“You are not allowed to sacrifice the Passover in any of your towns which the LORD your God is giving you; but at the place where the LORD your God chooses to establish His name, you shall sacrifice the Passover in the evening at sunset, at the time that you came out of Egypt” (Deuteronomy 16:5-6). The place where God chose to establish His name is clearly identified as Jerusalem, and more specifically, the Temple (1 Kings 5:5; 1 Chronicles 22:10). Given that most of us are not in Jerusalem for Passover, and even if we were, there is no Temple, any further discussion of sacrifice today is just academic.

That does not mean, of course, that you cannot eat lamb at your Passover celebration. Just be aware that you cannot fully keep this feast today and you are not eating what Scripture calls the Passover lamb. We are observing this memorial as best we can.  Eat whatever food you want in addition to what is commanded in Scripture, but keep three things in mind. “You shall not offer the blood of My sacrifice with leavened bread, nor is the sacrifice of the Feast of the Passover to be left over until morning” (Exodus 34:25). First, anything leavened is prohibited, and second, even though you cannot do a real Passover sacrifice, you should not keep your leftover meat.  And the third thing – roast pork or baked ham is not food.  See my post on that subject here.

What about the wine?

Interestingly, there is no mention in Torah of anything to drink in connection with the Passover meal. Drink would be a natural part of any meal. Certainly when Yeshua (Jesus) observed a Passover at what we call the Last Supper, He used wine and attached an important meaning to it.

The tradition of wine at Passover is taken from Exodus 6:6-7: ”Say, therefore, to the sons of Israel, ‘I am the LORD, and I will bring you out from under the burdens of the Egyptians, and I will deliver you from their bondage. I will also redeem you with an outstretched arm and with great judgments. Then I will take you for My people…” Four times in this passage God says “I will,” and Jewish tradition associates a goblet or cup of wine with each of these declarations. Though the names may vary somewhat, the Seder calls these the Cup of Sanctification (I will bring you out), the Cup of Deliverance (I will deliver you), the Cup of Redemption (I will redeem you) and the Cup of Praise or Restoration (I will take you).

The Seder took on greater significance for the Jewish people following the destruction of the Temple in AD70, though the order was known to have been practiced long before this time. It is likely that Yeshua used these four cups during His final Passover with His disciples. It was the third cup, the Cup of Redemption, about which He said, “This is my blood of the covenant, which is poured out for many” (Matthew 26:28 and Mark 14:24).

There actually are no separate Hebrew words for “I will” in this passage. In each case, this phrase is taken from the action verb itself. For example, the verb meaning to “bring out” is in the first person imperfect tense, so there is a single word that means “I will bring out.” The same goes for “I will deliver,” “I will redeem” and “I will take.” In each instance, there is a single word in the first person imperfect tense. (Technically, for those who want to verify this, the verbs are in the perfect tense but preceded by a reversing vav that changes them to the imperfect tense.)

However, in the complete passage, there are really seven different verbs in the first person imperfect tense (with the reversing vav). In addition to the four designated by the cups, they are “I will be” your God, “I will bring in” you to the land and “I will give” it to you for a heritage (Exodus 6:7-8). Some say these are not included with the four cups because there has not yet been a time when Israel fully possessed the land promised to Abraham. Because this is viewed as still unfulfilled, a fifth cup, the Cup of Elijah, is included at the Passover table in anticipation of the fulfillment by the coming Messiah, but no one drinks it as part of the Seder. Isn’t it interesting that Yeshua said at His final Passover, “I will not drink of this fruit of the vine from now on until that day when I drink it new with you in My Father’s kingdom” (Matthew 26:29)?

Preparing For Your First Passover

There are a few things you will need for your Passover Seder. First, you will want to obtain a good Haggadah (a Hebrew word meaning “the telling”), which is a written text that sets the order of the Seder. There are a many different kinds available, but you will want a Messianic Passover Haggadah that helps to show the prophetic relationship of the Passover to Yeshua, whom Paul called “Christ (Messiah) our Passover” (1 Corinthians 5:7). As you review the Haggadah you have chosen, you can determine what else you will need to complete your Seder.

The books listed at the bottom of this post will give you additional information.  You can click on any of the images to see more about them at Amazon.

If you can find another family to join you, consider having your Passover together. Today, most families are not nearly as large as the ancient Israelite extended families. “Now if the household is too small for a lamb, then he and his neighbor nearest to his house are to take one according to the number of persons in them; according to what each man should eat, you are to divide the lamb” (Exodus 12:4). According to Scripture, the Passover is to be celebrated in your home; it is not intended for a large group, church or other gathering. Keep the setting as intimate as possible.

Yeshua said, “Do this in remembrance of Me” (Luke 22:19). Do what? The Passover, once a year, at the appointed time. Not every week, or every quarter, or whenever you feel like it. Yes, this is the basis for the ordinance of Communion in the church, but you know now that it is much more and much older than that. At His “Last Supper,” Yeshua revealed the meaning of the Passover. He did not start something new.

Passover is the first in an annual cycle of appointed times that all point directly to Yeshua. Begin preparing for this very special time now.

2 thoughts on “Celebrating The Passover”