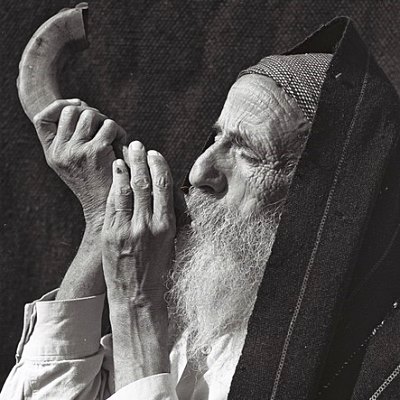 As believers in Yeshua, we understand all of the Feasts, the Appointed Times, present a picture of the Messiah. The Spring Feasts – Passover, the Feast of Unleavened Bread, and the Feast of Weeks (Shavuot or Pentecost) received a prophetic fulfillment in the first advent of Messiah Yeshua. The Fall Feasts – the Feast of Trumpets (Yom Teruah), the Day of Atonement (Yom Kippur), and the Feast of Tabernacles (Sukkot and Shemini Atzeret) all picture the future second coming of Yeshua.

The Month Of Elul

It is important, then, for us to keep Yeshua as the focus of our celebrations. As I write this, we are in the month of Elul, the sixth month of the year, headed into the seventh month and the Fall Feasts. In Jewish tradition, the month of Elul is a time of repentance in preparation for the High Holy Days of Yom Teruah (Rosh Hashanah) and Yom Kippur. It is traditional to read Psalm 27 every day during Elul.

John describes Yeshua as the light that has come into the world, which the darkness cannot overcome (John 1:4-9). Yeshua himself identified as the light.

Then Jesus again spoke to them, saying, “I am the Light of the world; he who follows Me will not walk in the darkness, but will have the Light of life.”
(John 8:12)

To help keep the focus on Yeshua, I suggest that we read through the four Gospel accounts during the month of Elul. Unfortunately in our pursuit of a Torah obedient lifestyle, we sometimes only read a few short verses from the New Testament as part of our weekly portion. We really need to saturate ourselves with the Gospel accounts of Yeshua, who is our example of how to live before the Father.

His message, from the very beginning, was one of repentance. How suitable it is for us to consider that during this special month of preparation for the Fall Feasts. Yeshua calls us to repentance to ready us for the Kingdom of God that we will celebrate during Sukkot.

From that time Jesus began to preach and say, “Repent, for the kingdom of heaven is at hand.”
(Matthew 4:17)

Now after John had been taken into custody, Jesus came into Galilee, preaching the gospel of God, and saying, “The time is fulfilled, and the kingdom of God is at hand; repent and believe in the gospel.”
(Mark 1:14-15)

Immediately following the month of Elul, the time from Yom Teruah (Rosh Hashanah) on 1 Tishrei to Yom Kippur on 10 Tishrei is known as the Days of Awe. These ten days combined with the month of Elul are said to be the 40-day time period when Moses was on Mount Sinai receiving the second set of tablets. Following the incident with the golden calf, it is believed that Moses ascended the mountain on the first day of Elul, and then came back down on Yom Kippur.

After his immersion (baptism), Yeshua spent 40 days in the wilderness, including a time when he was tempted. We do not know exactly when this was – it may or may not have included the month of Elul. But it was immediately following that 40-day period when he began to declare, “Repent, for the kingdom of heaven is at hand.”

On the modern Jewish calendar, however, the month of Elul is only 29 days, and so with the ten Days of Awe we come up one short of a 40-day period. This should remind us as we consider the fulfillment of the Fall Feasts that the time is short. We must heed Yeshua’s call to repent, for the Kingdom of God is truly at hand.

The Feast of Trumpets is not mentioned anywhere in the Gospels or elsewhere in the New Testament, either by one of its many names or by the date. In fact, no calendar date is ever mentioned in the New Testament. And although there are also many different traditional themes for this day, according to Barny Kasdan in God’s Appointed Times, “The purpose of this holy day is summed up in one word: regathering.”

The shofar, a ram’s horn instrument, is blown thirty times on this day, the day for blowing trumpets. I describe these shofar calls here.

Yeshua spoke of the gathering of his people at his return, signaled by the sound of a great trumpet.

And then the sign of the Son of Man will appear in the sky, and then all the tribes of the earth will mourn, and they will see the Son of Man coming on the clouds of the sky with power and great glory. And He will send forth His angels with a great trumpet and they will gather together His elect from the four winds, from one end of the sky to the other.
(Matthew 24:30-31)

Each day when the Jewish people pray the Amidah, the pray for the regathering of scattered Israel. I encourage you to pray this prayer, with the additional words I’ve shown here in brackets:

10. Kibbutz Galuyot (Ingathering of Exiles)
Sound the great shofar for our freedom, and raise a standard to gather our exiles [from both houses of Israel], and gather us [in Messiah Yeshua] from the four corners of the earth.
Baruch atah Adonai, mekabetz nid’chei amoh Yisra’el
(Blessed are You, O LORD, Who gathers the dispersed of His people Israel.)

Related to this sounding of a great trumpet, there is a legend concerning the ram caught in the thicket that was sacrificed by Abraham in place of his son, Isaac.

The shofar blown at mount Sinai, when the Torah was given, came from the ram which had been sacrificed in place of Isaac. The left horn was blown for a shofar at Mount Sinai and its right horn will be blown to herald the coming of Moshiach. The right horn was larger than the left , and thus concerning the days of Moshiach it is written, “on that day, a great shofar will be blown” (Tz’enah Ur’enah).1

Another Jewish tradition is that during the ten Days of Awe, between Rosh Hashanah and Yom Kippur, those found worthy have their names inscribed in the Book of Life for another year. It is an interesting process – if you are good enough, your name is inscribed on Rosh Hashanah and you have nothing to worry about for a year. If you can’t make the cut, you are out. But if you are almost but not quite good enough, you have until Yom Kippur to remedy the situation.

None of this is found in the canon of Scripture. Although there is much said about writing in a book, there are few actual references to the Book of Life. It is mentioned once in the Psalms, once in Paul’s letters, and the remaining references are all in the Apocalypse (Revelation). The final reference in Revelation calls it the “Lamb’s Book of Life.”

And he carried me away in the Spirit to a great and high mountain, and showed me the holy city, Jerusalem, coming down out of heaven from God… and nothing unclean, and no one who practices abomination and lying, shall ever come into it, but only those whose names are written in the Lamb’s book of life.
(Revelation 21:10,27)

Seeking to do good is a essential to repentance, or turning from evil. We acknowledge, though, that the Lamb of God, Yeshua, is the only way to the Father and the hope of our names being written in the Lamb’s Book of Life.

Yom Kippur, the Day of Atonement

Similar to the Feast of Trumpets, the Day of Atonement is not specifically mentioned by name in the Gospels or anywhere in the New Testament – or for that matter anywhere in Scripture outside of the Torah. Many Biblical scholar believe it is alluded to in the book of Acts, where Luke uses the phrase “the fast” as an indication of the time of year when Paul and his travelling companions were shipwrecked.

When considerable time had passed and the voyage was now dangerous, since even the fast was already over, Paul began to admonish them, and said to them, “Men, I perceive that the voyage will certainly be with damage and great loss, not only of the cargo and the ship, but also of our lives.”
(Acts 27:9-10)

Some Messianic Bible teachers believe that the Letter to the Hebrews has many allusions to Yom Kippur. The entire letter is, of course, all about Yeshua. I have not fully studied this and am not qualified to say if it is or isn’t. You may wish to check this teaching from Rico Cortez.2

Sukkot, the Feast of Tabernacles

It has become popular among Messianic believers to recognize the birth of the Messiah during this Feast. Was Yeshua born during Sukkot? Maybe, but nothing in the Scriptures specifically tells us. It might be hinted at in the first chapter of John.

And the Word became flesh, and dwelt [G4637 skay-no-o, a verb]among us, and we saw His glory, glory as of the only begotten from the Father, full of grace and truth.
(John 1:14 NASB)

And the Word became flesh and tabernacled among us. We looked upon His glory, the glory of the one and only from the Father, full of grace and truth.
(John 1:14 TLV)

And the Word became flesh, and did tabernacle among us, and we beheld his glory, glory as of an only begotten of a father, full of grace and truth.
(John 1:14 YLT)

And the Word became flesh and tabernacled among us. And we beheld His glory, glory as of an only begotten from the Father, full of grace and of truth.
(John 1:14 LITV)

The same concept is used again in Revelation, looking forward to the second coming of the Messiah Yeshua.

And I heard a loud voice from the throne, saying, “Behold, the tabernacle [G4633 skay-nay, a noun] of God is among men, and He will dwell among them, and they shall be His people, and God Himself will be among them, and He will wipe away every tear from their eyes; and there will no longer be any death; there will no longer be any mourning, or crying, or pain; the first things have passed away.”
(Revelation 21:3-4)

Sukkot reminds us we as believers in Yeshua are on a journey – the journey between the first appearance of Messiah Yeshua and his return to reign on this earth. We must be ready for his return, turning from sin in repentance because the kingdom is near. With our faith in Yeshua and our names written in the Lamb’s Book of Life, let us “Pursue shalom with everyone, and the holiness without which no one will see the Lord” (Hebrews 12:14 TLV).

1 This quote is alleged to come from Tz’enah Urenah (or Tseno Ureno), a 16th century Yiddish work. I was unable to verify this source.

2 I do not endorse everything in this teaching.

1 thought on “Focusing on Yeshua in the Fall Feasts”