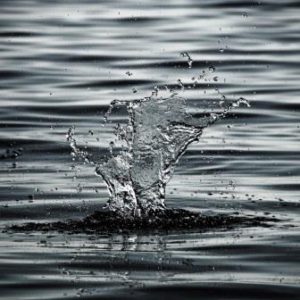 A few days ago on Yom Teruah, also called Rosh Hashanah or the Feast of Trumpets, our family was privileged to be part of a Tashlich service. Tashlich is a form of the Hebrew word shalach (Strong’s number H7993 meaning to send away).  Here are a couple of examples of how this form of the word is used:

Then Pharaoh commanded all his people, saying, “Every son who is born you are to cast into the Nile, and every daughter you are to keep alive.”
(Exodus 1:22)

Do not cast me away from Your presence
And do not take Your Holy Spirit from me.
(Psalms 51:11)

It is a traditional ritual on Rosh Hashanah to symbolically “cast off” one’s sins by tossing small stones or pieces of bread into a body of flowing water. The practice comes from a passage found in the book of Micah. This passage is also part of the Haftarah reading for Shabbat Shuva, the Sabbath of Returning, that falls between Yom Teruah and Yom Kippur.

Who is a God like You, who pardons iniquity
And passes over the rebellious act of the remnant of His possession?
He does not retain His anger forever,
Because He delights in unchanging love.
He will again have compassion on us;
He will tread our iniquities under foot.
Yes, You will cast all their sins
Into the depths of the sea.
You will give truth to Jacob
And unchanging love to Abraham,
Which You swore to our forefathers
From the days of old.
(Micah 7:18-20)

A fairly good sized group of us gathered on the bank of the wide creek at Falls Park. It was a warm day and a gentle breeze was blowing as we celebrated the beginning of the Fall Feasts. We began the Tashlich service with an opening prayer and some traditional readings. As I was listening and thinking about the significance of what we were about to do, I looked out over the water.

A slow current carried a few small leaves downstream. The water was clear, and in many places you could see the bottom. Something caught my eye – something stationary as the leaves floated by. I thought perhaps it was a rock or the tip of a stick on the bottom, but then I noticed it was actually moving, very slowly, in the opposite direction against the flow of the water. Looking more intently, I realized it was a small water snake, maybe a foot or so long, with its thin, striped body just below the surface.

The prayer ended, or maybe it was one of the readings – I can’t remember – and I glanced away just for a second. When I looked back, I couldn’t find it again. Maybe it had submerged into the water, or changed directions and went toward one of the banks. Or maybe it was just camouflaged among the leaves.

Now the serpent was more crafty than any beast of the field which the LORD God had made.
(Genesis 3:1)

Whether or not the “serpent” in the Garden was anything like we know today or picture in our minds, I couldn’t help thinking about what I had just seen. Here I was, about to figuratively cast away the sin that drags me down, and there before me was the serpent, the adversary, hasatan. I saw it, and then I didn’t – sneaky little thing.

A few minutes later we tossed our small rocks and bread into the water. The steam running through this park was pretty wide, and I could hear the splashing as others around me threw theirs in. I gave my arm a little under-handed swing and let go. Mine went maybe a couple of feet from the edge. I could see them on the bottom. My wife commented to me, “You didn’t throw those very far.”

She was right. Maybe I should have given them a real heave, right out into the middle. I guess I didn’t want to stand out, to make a scene or even be noticed, so I just gave them a little toss. It might be that no one else even saw me do it. But you know, if we are really going to forsake a sin, there is greater chance of success if we don’t keep that commitment to ourselves.

At a church I once attended, a few men would get together in an “accountability” group where we would confess our struggles and encourage each other in promises we had made to avoid sin. And although there was one particular type of sin that was our primary concern, all sorts of things came up in our discussions. I think that might be what James had in mind when he wrote, “confess your sins to one another, and pray for one another so that you may be healed. The effective prayer of a righteous man can accomplish much” (James 5:16).

Following a brief time of meditation as we threw the rocks into the water, we sang this hymn acapella:

My sin – oh, the bliss of this glorious thought,
My sin – not in part, but the whole,
Is nailed to the cross and I bear it no more.
Praise the Lord, Praise the Lord, O my soul!
It is well with my soul…

Let us also get rid of every weight and entangling sin. Let us run with endurance the race set before us, focusing on Yeshua, the initiator and perfecter of faith.
(Hebrews 12:1-2 TLV)

If we are really going to cast off sin, it is essential to focus on Yeshua. I’m not a huge fan of The Message paraphrase, but sometimes Eugene Peterson worded things in a way that just nails it. “Strip down, start running–and never quit! No extra spiritual fat, no parasitic sins. Keep your eyes on Jesus, who both began and finished this race we’re in. Study how he did it.”

That little snake in the creek was just a distraction. “Keep your eyes on Jesus… study how he did it.” Yeshua relied on the truth of God’s word and resisted the temptation of the adversary. “Resist the devil and he will flee from you.
Draw near to God and He will draw near to you” (James 4:7-8). And as for that adversary, well, his end has been determined.

Then I saw an angel coming down from heaven, holding the key of the abyss and a great chain in his hand. And he laid hold of the dragon, the serpent of old, who is the devil and Satan, and bound him for a thousand years… When the thousand years are completed… the devil who deceived them was thrown into the lake of fire…
(Revelation 20:1,2,7,10)

After singing a couple of hymns, our service closed in prayer. Then of course, since it was a “feast” day, we enjoyed a picnic in the outdoor shelter. It was a great time of fellowship.

Next year, if I see that little snake, I’ll throw my rock way out there in his direction.  That will give him a good scare and I can watch him flee.