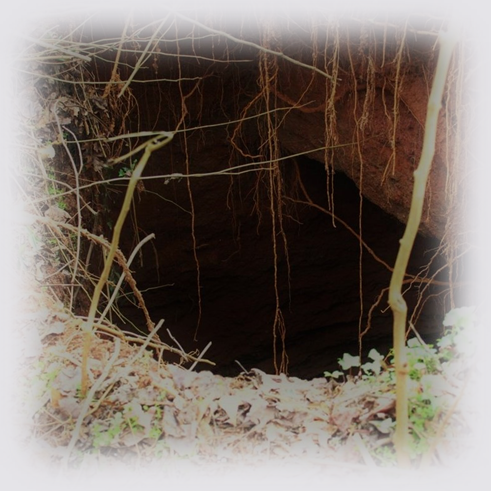 Joseph spent time in the pit – twice. The first was only for a short time, but it would be a stretch to say he was “delivered” from that pit. The second time was much longer. Although Torah does not say exactly how long Joseph was imprisoned after the false accusations of Potiphar’s wife, Jewish tradition tells us it was for twelve years (Jashar 44:76 and commentary on Genesis 41:1-7 in The Stone Edition Chumash). His deliverance from that pit was extraordinarily life-changing.

King David wrote about being in a “pit,” though in his case more metaphorical than literal. We do not know the circumstances of its composition of the 40th Psalm, but many scholars believe it may have been written some time following the death of David’s son, Absalom.

When the prophet Nathan told of a wealthy man who stole the only lamb of a poor man, David became outraged and decreed that the man must make restitution four times (the Septuagint says seven times)(2 Samuel 12:6).  Nathan told David, “You are the man!” and David realized the story was revealing his adultery with Bathsheba.  Though he truly repented, he still faced the consequences of his sin. Commentators have developed varying lists of events they call the punishment, and whether or not there are four or more can be debated. Certainly one of the most devastating to David involved his son, Absalom. After committing open fornication with David’s wives just as the prophet had said, Absalom was murdered by one of David’s own men.

For evils beyond number surround me, my sins have overtaken me—I cannot see—they are more than the hairs of my head—and my heart fails me. Adonai, please deliver me! Adonai, come quickly to help me!
(Psalm 40:13-14 TLV)

Perhaps he knew the judgment against him was complete. David had dug a pit for himself, but now God was lifting him from it. The purpose of the pit was finished; it was time to move on.

For the music director, a psalm of David. I waited patiently for Adonai. He bent down to me and heard my cry. He brought me up out of the slimy pit, out of the mud and mire. Then He set my feet on a rock. He made my steps firm.
(Psalm 40:1-3 TLV)

On the other hand, Joseph was in prison – not because of sin he had committed, but because he resisted temptation and fled sin. His pit was not a place of punishment. Joseph’s pit was a place of preparation. But it was a pit, nonetheless. And yet, even in the pit, he remained focused and kept on trusting. But Adonai was with Joseph and extended kindness to him and gave him favor in the eyes of the commander of the prison (Genesis 39:21 TLV).

Could David have had Joseph’s experience in mind as he waited, day after day, week after week, year after year for his God to raise him up out of the pit and place him once again on solid footing? David knew his deliverance was coming, and he says he “waited patiently for Adonai.” Most of us would have a hard time waiting patiently, whether or not our “pit” was of our own doing.  We want things instantly, now. Yet the Hebrew here is emphatic, using two forms of the same word qavah (Strong’s #H6960) meaning “to wait, to look for, to hope, to expect” (BDB). Green’s Literal Version translates the beginning phrase as “Waiting I have waited…”

Behold, the former things have come to pass, Now I declare new things. Before they spring forth I announce them to you.” Sing to Adonai a new song, His praise from the end of the earth, you who go down to the sea with all its fullness, islands and their inhabitants.
(Isaiah 42:9-10 TLV)

Yeshua experienced the lowest pit possible – dead in the grave. Like David, it was the result of sin. But like Joseph, it wasn’t because of his sin. It was ours. But God raised him up out of that pit (Acts 2:24) and we can be raised with him (Ephesians 2:6, Colossians 2:12).

He Himself bore our sins in His body on the tree, so that we, removed from sins, might live for righteousness. “By His wounds you were healed.”
(1 Peter 2:24 TLV)

When we truly leave the pit – rather, when we call on and wait for our Father to take us from the pit – we leave it far behind. We are born anew in Yeshua, but it doesn’t stop there. “Our inward man is renewed day by day” (2 Corinthians 4:16), looking forward to the time when “He who sits on the throne” says, “Behold, I am making all things new!” (Revelation 21:5).

And along the way,

Because of the mercies of Adonai we will not be consumed, for His compassions never fail. They are new every morning! Great is Your faithfulness.
(Lamentations 3:22-23 TLV)