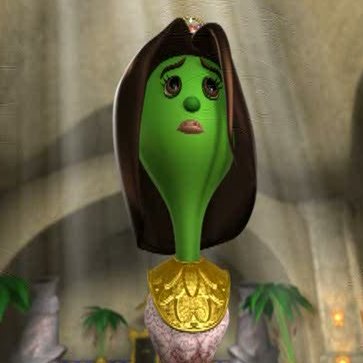 Purim isn’t one of the Appointed Times, or moedim, described in the Torah. The celebration of Purim came about in the 4th century BCE. The exact date is uncertain because the identity of the Persian king Ahasuerus (in Hebrew, Artaxerxes in Greek) is debated. In the Hebrew Bible it is described only in the book of Esther and is not mentioned in the New Testament.

But I’m Not Jewish

Why would someone who isn’t Jewish celebrate a Jewish holiday? Well, the bottom line is, it is fun. And it really isn’t that unusual. Many non-Mexican people participate in and enjoy Cinco de Mayo, and just a week after Purim a whole lot of non-Irish folks will celebrate Saint Patrick’s Day.

Like Hanukkah, Purim was added to the Jewish calendar long after the Feasts of Yahweh, the Appointed Times, were established. You won’t find them listed among the moedim in Leviticus 23, or anywhere in the Torah for that matter. Unlike Hanukkah, which is not even mentioned in the Tanakh (the Hebrew Bible, the Christian Old Testament), Purim and the drama leading up to it is described in detail in the book of Esther. Also unlike Hanukkah, acknowledged in the book of John, the Festival of Purim is not found anywhere in the New Testament.

The events leading up to Purim take place in the land of Persia, in the city of Susa/Shushan in what is now western Iran. This story takes place sometime after the 70-year Babylonian captivity but probably before Ezra the priest and Nehemiah the governor returned to the land of Israel. Through a series of divinely orchestrated events, a young Jewish girl named Hadassah, now known as Esther, becomes the wife of the king. Meanwhile the Kings right-hand man, Haman, has developed a scheme to exterminate all the Jews. Through casting lots (Hebrew, purim), something similar to rolling dice, a date of 13 Adar is chosen to carry out the mass execution (Esther 3:13). But before it can happen, Esther, with the encouragement of her cousin Mordecai, reveals her heritage to the king, Haman is hanged, and the Jews are saved.

There are, of course, a few more details than just my brief summary. You can read them in the Bible in the book of Esther, which happens to be a tradition during Purim. There is even more to the story written in the Greek version of Esther found in the Apocrypha (from the Septuagint), including the content of letters and prayers.

Then Mordecai recorded these events, and he sent letters to all the Jews who were in all the provinces of King Ahasuerus, both near and far, obliging them to celebrate the fourteenth day of the month Adar, and the fifteenth day of the same month, annually, because on those days the Jews rid themselves of their enemies, and it was a month which was turned for them from sorrow into gladness and from mourning into a holiday; that they should make them days of feasting and rejoicing and sending portions of food to one another and gifts to the poor (Esther 9:20-22).

For Haman the son of Hammedatha, the Agagite, the adversary of all the Jews, had schemed against the Jews to destroy them and had cast Pur, that is the lot, to disturb them and destroy them. …Therefore they called these days Purim after the name of Pur.
(Esther 9:24,26)

The observance of Purim actually begins before the holiday on the anniversary of the proposed execution date, 13 Adar. This day is set aside for fasting, in remembrance of the three-day fast among the Jews before Esther went in to begin her process of informing the king of the treacherous plot.

The fast is followed by a time of partying the next day. As I write this, it is “Fat Tuesday” on the Christian calendar and I am seeing irony in the situation. I see the Mardi Gras revelry on the news as people indulge in sinful activity, only to observe “Ash Wednesday” and (at least appear to) repent the next day. In contrast, Jewish people will fast on 13 Adar to remember their utter helplessness as they call upon God for deliverance, and then enter into joyful celebration of that deliverance the following day.

The typical Jewish celebration includes the three things mentioned in the book of Esther: Feasting, merrymaking, and charity to the poor. The feasting and merrymaking is done with a meal during the daylight hours called seudah, a banquet to recognized the banquet with King Ahasuerus, Queen Esther, and Haman. It includes a fair amount of wine. In merrymaking, according to one Jewish source, “you are not supposed to get rip-roaring drunk, only happily tipsy.” It is tradition to read the story from the megillah, or scroll, of Esther. While doing so, participants sometime dress in costume, act out parts of the story, and “boo” Haman while they cheer for Mordecai. If you are familiar with the antics associated with Rocky Horror Picture Show, well, you get the idea.

Purim is a distinctly Jewish holiday. As believers in Messiah, we understand that the Gospel message “is the power of God for salvation to everyone who believes, to the Jew first and also to the Greek” (Romans 1:16). Yeshua himself said that “salvation is from the Jews” (John 4:22). We must recognize that it is God’s continued protection and deliverance of the Jewish people that has made it possible for all of us, regardless of our ethnic heritage, to enter into covenant with the Creator through Yeshua, the Jewish Messiah.

Purim is an opportune time for believers in Messiah Yeshua to offer praise and thanksgiving to the One who watches over Israel and does not slumber or sleep (Psalm 121:4).

Pray for the peace of Jerusalem:
“May they prosper who love you.
“May peace be within your walls,
And prosperity within your palaces.”
(Psalms 122:6-7)

For a fun family experience, you might want to watch the Veggie Tales movie, “Esther, the Girl Who Became Queen.”  Gather everyone around and “boo” at Haman and cheer for Mordecai as the Veggie Tales cast puts a unique spin on this story.  Enjoy some special shortbread cookies called Hamantashen while you watch the movie (the recipe is listed below).  The word means “Haman’s Pockets” and reminds us of the money Haman paid in his attempt to have the Jews murdered.  Devour them with a glass of milk so they aren’t around anymore!

Reading of the Meghillah (Scroll):

Adapted from The Complete Artscroll Siddur.

This recipe is adapted from the book God’s Appointed Times. 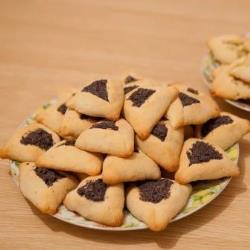 Directions:
Cream butter, sugar, yolks and vanilla. Mix in the dry ingredients and milk. Divide recipe in two and refrigerate several hours or overnight. After dough is chilled, roll on floured board until 1/8-inch thick. Cut into 3-inch circles using a cup or cookie cutter. Place on parchment paper on cookie sheet. Put a small amount of filling in each center. Fold 3 sides up to form a triangle and pinch the corners to make a point. Bake at 350 degrees for 8-10 minutes.

Purim – Esther and the Decree of the King

Questions on the Book of Esther