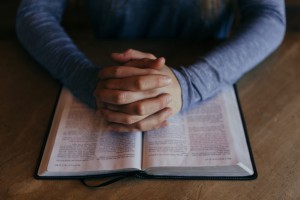 “It isn’t about religion, it’s about relationship.” This seems to be a pretty popular phrase among protestant evangelical Christians and even some in Hebrew Roots. I remember a campaign a few years back called “Not Religion.” Why? Maybe it makes us feel good about the things we do, or more likely do not do. Have we been conditioned to view religion as oppressive and restrictive? Are these two terms mutually exclusive? Is there something wrong with “religion?”

Perhaps a good starting point is to define the words.

According to the American Heritage Dictionary, religion is “Belief in and reverence for a supernatural power or powers regarded as creator and governor of the universe.” That doesn’t sound too bad. The Merriam-Webster Unabridged Dictionary says it is “the personal commitment to and serving of God or a god with worshipful devotion, conduct in accord with divine commands especially as found in accepted sacred writings or declared by authoritative teachers, a way of life recognized as incumbent on true believers, and typically the relating of oneself to an organized body of believers.”

The words “religion” and “religious” occur only a few times in literal (word-for-word) translations of the Bible like the ESV, NASB, NKJV and others. Interestingly, they occur many times in paraphrased Bibles like the Message or modern thought-for-thought translations like the NLT or NCV. Is this an indication of some modern viewpoint of religion? It is also significant to note that in these literal translations, the word “religion” only occurs in the New Testament (one exception, the HCSB uses it twice in the Old Testament). In literal translations of the Apocrypha it occurs frequently. Even in Brenton’s translation of the Septuagint, the word only appears in the books of the Maccabees.  This raises another question – is “religion” more of a Greek than a Hebrew concept?

The Merriam-Webster Unabridged Dictionary defines relationship as “the state or character of being related or interrelated; a connection by way of relation; a state of affairs existing between those having relations or dealings.” This word has very limited use in literal translations of the Bible (Numbers 30:16 (HCSB, NAB), Joshua 22:24 (HCSB), Esther 8:1 (HCSB, NAB), Matthew 19:10 (HCSB, NASB)) with only one instance hinting about a relationship with the LORD. That isn’t to say that the concept of a personal relationship with the Creator is not in Scripture – it certainly is. But the word itself is not used – so, how should we describe this “relationship?”

One of the near-literal (or functionally literal) translations of Scripture, the NET, does use the word “relationship” to describe the interaction between God and man. Here is one from the New Testament:

He (God) is the reason you have a relationship with Christ Jesus, who became for us wisdom from God, and righteousness and sanctification and redemption (1Corinthians 1:30 NET).

And three from the Old Testament:

You must observe the Sabbath rather than doing anything you please on my holy day. You must look forward to the Sabbath and treat the LORD’s holy day with respect. You must treat it with respect by refraining from your normal activities, and by refraining from your selfish pursuits and from making business deals. Then you will find joy in your relationship to the LORD, and I will give you great prosperity, and cause crops to grow on the land I gave to your ancestor Jacob. Know for certain that the LORD has spoken (Isaiah 58:13-14 NET).

I also gave them my Sabbaths as a reminder of our relationship, so that they would know that I, the LORD, sanctify them (Ezekiel 20:12 NET).

Treat my Sabbaths as holy and they will be a reminder of our relationship, and then you will know that I am the LORD your God (Ezekiel 20:20 NET).

So Which Is It?

Real religion is a practice. It can be good, or it can be bad. Remember the definition – the actual definition, not one imagined by those who fear it. It is a “personal commitment to and serving of God” and it is “conduct in accord with divine commands.” James the brother of Yeshua said this:

If anyone thinks himself to be religious, and yet does not bridle his tongue but deceives his own heart, this man’s religion is worthless. Pure and undefiled religion in the sight of our God and Father is this: to visit orphans and widows in their distress, and to keep oneself unstained by the world (James 1:26-27).

I remember a little paperback book from the 1970s entitled “How to be a Christian Without being Religious.” While the content of the book may have been valid (it has been many years since I read it), the title presents a false premise. These are not and cannot be mutually exclusive terms. Religion without relationship is lifeless and dead, but a relationship without religion (see the definitions previously stated) is shallow and meaningless.

So they say, “It isn’t about religion, it’s about relationship.”  I think they are wrong.  Religion defines the relationship, and we need both.