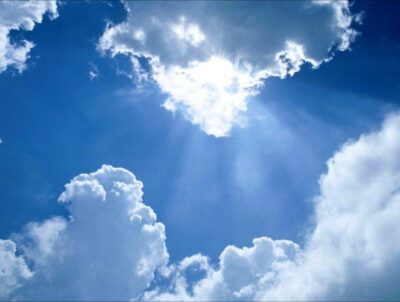 Today is the fortieth day in the counting of the Omer. For Messianic believers in Yeshua, this is a very significant day. This is the day that points toward what Paul referred to as “the blessed hope and the appearing of the glory of our great God and Savior, Messiah Yeshua (Christ Jesus)” (Titus 2:13).

Day One of the Omer

What is important is that Yeshua was resurrected following the end of the Sabbath, was seen by His followers the morning of the first day of the week, and became the “first fruits” of the resurrection of the dead (1 Corinthians 20-24). This is the prophetic fulfillment of the wave sheaf (Leviticus 23:11). On this day, the count to Shavuot, the Feast of Weeks, begins.

Day Fifty of the Omer

The fiftieth day of the count is the day of Shavuot, a Hebrew word meaning “weeks.” This is the day when God spoke the Ten Words, or Ten Commandments, from Mount Sinai. Jewish tradition says that the sound of His voice was heard in all nations of the world.

Following the resurrection of Yeshua, on this day in Jerusalem the Gospel was heard in the languages of the nations of the world by those who came to celebrate the feast. The Ruach haKodesh (the Holy Spirit) fell on the followers of Yeshua, filling them and “baptizing” them in the power He had promised them they would receive, enabling them to “be My witnesses both in Jerusalem, and in all Judea and Samaria, and even to the remotest part of the earth” (Acts 1:8).

Day Forty of the Omer

On the fortieth day of the count from the waving of the first fruits, the day of the resurrection, Yeshua gathered his followers together. He gave them His final instructions, telling them not to leave Jerusalem until they had received the promised Power. “And after He had said these things, He was lifted up while they were looking on, and a cloud received Him out of their sight” (Acts 1:9).

And as they were gazing intently into the sky while He was going, behold, two men in white clothing stood beside them. They also said, “Men of Galilee, why do you stand looking into the sky? This Yeshua, who has been taken up from you into heaven, will come in just the same way as you have watched Him go into heaven” (Act 1:10-11).

Today, the fortieth day since we celebrated the resurrection of Yeshua, marks the day of His physical ascension into heaven and the promise that “in just the same way” He will physically return. In the meantime, we continue the count and prepare to celebrate the Feast on the fiftieth day.

Behold, He is coming with the clouds, and every eye will see Him (Revelation 1:7).

He who testifies to these things says, “Yes, I am coming quickly.” Amen. Come, Adonai Yeshua (Revelation 22:20).