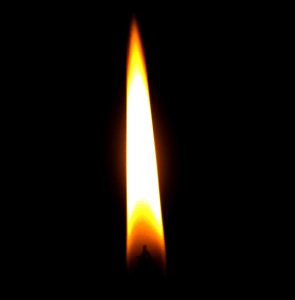 On the day of Shavuot, or Pentecost, after Yeshua’s resurrection, something spectacular happened. The implication of what happened has been the subject of some controversy down through the ages, but we all agree that something happened. And it happened at least two more times in the historical account of the book of Acts in the New Testament. In this brief post, I’d like you to consider just those three instances.

We are not going to address controversial issues of doctrine, nor will we consider any of Paul’s writings regarding manifestations of various gifts of the Holy Spirit. That is for another time. I am not a cessationist and believe in the perpetuity of spiritual gifts; on the other hand, I have also witnessed the excesses and sensationalism of the modern charismatic and Pentecostal movements. I think some of those things distract from the clear fulfillment of Yeshua’s final prophecy before leaving this earth.

Gathering them together, He commanded them not to leave Jerusalem, but to wait for what the Father had promised, “Which,” He said, “you heard of from Me; for John baptized with water, but you will be baptized with the Holy Spirit not many days from now.” So when they had come together, they were asking Him, saying, “Lord, is it at this time You are restoring the kingdom to Israel?” He said to them, “It is not for you to know times or epochs which the Father has fixed by His own authority; but you will receive power when the Holy Spirit has come upon you; and you shall be My witnesses both in Jerusalem, and in all Judea and Samaria, and even to the remotest part of the earth.” And after He had said these things, He was lifted up while they were looking on, and a cloud received Him out of their sight (Acts 1:4-9).

These words spoken by Yeshua began to be fulfilled just a few days later. The eleven disciples, with some women, Yeshua’s mother and his brothers, returned to an upper room where one hundred and twenty of them spent the next week-and-a-half in prayer. Then came the Feast of Shavuot (also known as Pentecost). It had been fifty days since Yeshua’s resurrection; ten days since His final instructions and His ascension. Now they were all in Jerusalem with thousands of others for the commanded festival.

As they were “filled with the Holy Spirit,” or as Yeshua said, “baptized with the Holy Spirit,” three things were observed: the sound of a wind was heard, tongues of fire were seen, and then they began to “speak with other tongues.” A further explanation of the last phenomenon is given a few verses later. The “other tongues” they were speaking were languages known to the hearer but evidently unknown to the speaker.

The experience at the Feast of Shavuot is the first of three times that speaking with other tongues is mentioned in the book of Acts. The second time is at the home of Cornelius in Caesarea.

While Peter was still speaking these words, the Holy Spirit fell upon all those who were listening to the message. All the circumcised believers who came with Peter were amazed, because the gift of the Holy Spirit had been poured out on the Gentiles also. For they were hearing them speaking with tongues and exalting God (Acts 10:44-46).

The third and final time tongues are mentioned in the book of Acts is found when Paul visits believers at Ephesus.

And when Paul had laid his hands upon them, the Holy Spirit came on them, and they began speaking with tongues and prophesying. There were in all about twelve men (Acts 19:6-7).

Right before His ascension, Yeshua commanded them to wait for the Father’s promise, the baptism with the Holy Spirit. He told them that when this happened, they would receive power and would be witnesses of Him “in Jerusalem, and in all Judea and Samaria, and to the remotest part of the earth.” Judea is the area of Israel’s Southern kingdom of the house of Judah, and Samaria is the area of Israel’s former Northern kingdom of the house of Ephraim.  Yeshua’s words can be understood as “in Jerusalem, in all of Israel, and in all of the earth.” Looking specifically at these three instances where the book of Acts records that the believers spoke in other tongues, we can see that this is exactly what happened.

Through the power of the Holy Spirit, the believers were “witnesses both in Jerusalem, and in all Judea and Samaria, and even to the remotest part of the earth.” Each of these was accompanied by the sign of speaking in tongues, an evidence that was easily recognized. It was confirmation of exactly what Yeshua had said would happen.

Sometimes we get so caught up in discussions and divisions regarding doctrine that we miss these simple things that are right before our eyes. Don’t overlook the plain reading of the text, often called pashat.  In the opening passage of Acts, Yeshua told his followers they would be empowered by the Holy Spirit and then told them specifically how the message would spread by that power in three steps. The remainder of the book describes that perfect fulfillment.