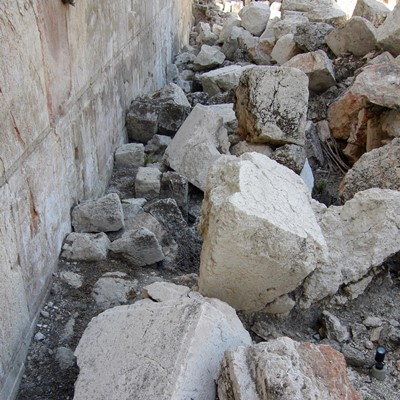 “Roll out those lazy, hazy, crazy days of Summer, those days of soda and pretzels and beer” … so sang Nat King Cole back in 1963. And if you look at the Biblical calendar, there isn’t a lot going on from the time we finish the counting of the omer at Shavuot at the end of Spring and the blowing of the trumpets on Yom Teruah in the Fall. Historically, though, a lot happened and we have some rich traditions that bring those to our remembrance. In many ways it is a solemn time – a time of reflection on the judgment of God, on repentance, and on forgiveness and restoration as we approach the Fall Feasts.

So as this solemn time nears, let’s take a look at some of the traditions regarding observances and the Torah reading cycle. It is important to understand how these readings reflect the history of this season between the Spring and Fall Appointed Times. And I also want to highlight a couple of songs I really like, though they might not be from artists you would expect.

“Shall I weep in the fifth month and abstain, as I have done these many years?” Then the word of the LORD of hosts came to me, saying, “Say to all the people of the land and to the priests, ‘When you fasted and mourned in the fifth and seventh months these seventy years, was it actually for Me that you fasted? (Zechariah 7:3-5).

I’m certainly no expert on Jewish history, but I have tried to pull together a timeline that would help me understand how some of these things fit together. We know the Biblical year begins in the Spring (Exodus 12:2), and the fourth and fifth months are during the summer. The seventh month is at the end of the summer and beginning of Fall, and of course the tenth month is during the winter. So, what are these “fasts” to which the prophet Zechariah is referring? Scripture does not specifically state, but according to historical tradition, we can identify these times:

In Jewish tradition, some form of fasting is observed to commemorate these events on the 10th day of the tenth month, the 17th day of the fourth month, the 9th day of the fifth month, and the 3rd day of the seventh month. You may have heard these called “the 17th of Tamuz” and “the 9th of Av,” and so forth using the names of the months on the Hebrew calendar.

There is an interesting change in the Haftarah portions of the traditional Torah reading cycle corresponding to the events of the fourth and fifth months. From the beginning of the Torah cycle, the Haftarah readings have been thematically tied to the Torah readings. Starting with Torah Portion Mattot, which is always after 17 Tamuz, the next three readings (Mattot, Massai, Devarim) follow the Torah reading with Haftarah of Destruction, readings from the prophets Jeremiah and Isaiah announcing God’s judgement on the land. These are all read before the 9th of Av. The Sabbath immediately preceding the 9th of Av is called Shabbat Chazon, the Sabbath of Vision, named because the Haftarah reading from Isaiah begins with the words, “The vision of Isaiah the son of Amoz…”

Depending on the way the calendar falls, these could be over a period of either three or two weeks. When it is two weeks, the Mattot and Massai portions are combined. This year, 2019 on the Gregorian calendar or 5779 on the Hebrew calendar, there is an anomaly in the Torah cycle schedule. Because of a difference in the way Passover and Unleavened Bread are observed in Israel and outside Israel (the Diaspora), the Torah cycle schedule in Israel is one week ahead of the Diaspora between Passover and 17 Tamuz. By combining Mattot and Massai outside Israel, the schedules will then be the same for the remainder of the cycle. Of course, Scripture says nothing of different days for any of the Appointed Times based on whether or not one is in the land of Israel.

Also this year both 17 Tamuz and 9 Av fall on the weekly Sabbath. So as not to fast on the Sabbath, both of these fasts will be observed on the following day. Here, then, is the schedule – remember, this is entirely tradition. These are the Summer months between the Spring and Fall celebrations and nothing is commanded in Torah. I have never personally kept these fasts.

Following the 9th of Av, the Haftarah readings progress through the book of Isaiah leading up to the Fall Holy Days. The Haftarah of Consolation begins with Isaiah 40 on Shabbat Nachamu, the Sabbath of Comfort.

Why is the fourth month called “Tamuz” (or “Tammuz”), the name of a Babylonian god? This month is never called by that name in the Bible. It has been suggested that the name of a pagan god was intentionally chosen later as a reminder of God’s judgment against idolatry. Some, however, may see this as a violation of Exodus 23:13, which leads to a discussion of whether or not we should even call the days of the week Tuesday, Wednesday, Thursday, etc. That is beyond the scope of this post. The sages point to the golden calf incident back during the exodus as occurring in this month, and even on the 17th day.

This period between Shavuot and Yom Kippur is divided into three distinct 40-day periods of Moses’ life during the first year of the exodus.

There were 40 days from the day after Shavuot until Moses comes down the mountain and shatters the stone tablets upon seeing the idolatry of the Israelites with the golden calf. These are 40 days from 7 Sivan (third month) to 17 Tamuz (fourth month) described in Deuteronomy 9:9.

For 40 days Moses interceded for the Children of Israel following the golden calf incident. These are 40 days from 18 Tamuz (fourth month) to 29 Av (fifth month) described in Deuteronomy 9:25.

Then for 40 days Moses was on the mountain a second time receiving the second tablets. He came down with them on Yom Kippur. These are 40 days from 30 Av (fifth month) to 10 Tishri (seventh month) as described in Deuteronomy 10:10. This time period of 40 days includes the entire month of Elul (sixth month), which is traditionally a time of repentance, and the “ten days of awe” from Yom Teruah to Yom Kippur.

Paul Simon is one of my favorite contemporary musicians. His bio says his parents were “Hungarian-Jewish.” I don’t know if he personally observes any religious practice, but there are religious references and influences in a lot of his music. If you remember Simon and Garfunkel’s “The Boxer,” recall that there is a niggun refrain similar to many Jewish folk songs – “lai lai lai, lai lai lai lai lai lai lai…”

My favorite Paul Simon album (vinyl I bought in 1975) is “Still Crazy After All These Years.” The track order tells a story, but the final song is the one of particular interest at this time. The lyrics to “Silent Eyes” describe the burning of Jerusalem, probably not on the 9th of Av but a more recent scenario of the October 1973 Yom Kippur war. It is also likely an allegorical conclusion to the story line of the “Still Crazy…” album. Still, it is a beautiful composition both musically and lyrically about judgement and accountability. You can listen to it here or download it from Amazon here. If you are an Amazon Prime member, you can stream it for free.

By the rivers of Babylon,
There we sat down and wept,
When we remembered Zion.
(Psalms 137:1-2 NASB)

Psalm 137, by an unknown author, “was almost certainly composed shortly after the deportation of the Judeans by the Babylonians in 586 BCE – the experience of exile is fresh and acutely painful” (Robert Alter, The Book of Psalms).

Don McLean recorded a rendition of Psalm 137:1 just titled as “Babylon” on his 1971 album “American Pie.” To my knowledge, McLean is neither Jewish nor particularly religious, though he does include Biblical and religious references in some of his songs. Consider many of the lines in the title hit from this album, “American Pie.” Another of his songs, “Dreidle,” compares life to a spinning top. The song “Babylon” consists of just three lines sung in a round to the accompaniment of a slow-picked banjo. You can listen to it here or download it from Amazon here. If you are an Amazon Prime member, you can stream it for free.

2 thoughts on “Summer Observance and Tradition”