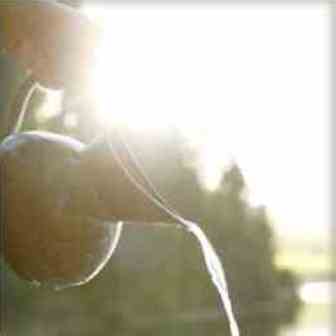 Sukkot, the Feast of Tabernacles, is a joyous celebration from the opening first day to the “Last Great Day.” But when is that? Where does this phrase come from, and what happens on this day?

The Last Great Day of the Feast

In the New Testament book of John, the author describes something happening on the “last day, the great day of the feast.” We are told that “the feast of the Jews, the Feast of Booths [Tabernacles], was near” (John 7:2). Initially, Yeshua (Jesus) does not go with his disciples to Jerusalem for the feast, but later makes his appearance.

Now on the last day, the great day of the feast, Jesus stood and cried out, saying, “If anyone is thirsty, let him come to Me and drink. He who believes in Me, as the Scripture said, ‘From his innermost being will flow rivers of living water.'”
(John 7:37-38)

Yeshua’s statements are particularly interesting when we consider other things happening on this day, the last day of the feast. But if we do not correctly identify the “last day,” the connection is lost.

Consider these passages that describe the Feast of Tabernacles (or Booths):

Speak to the sons of Israel, saying, “On the fifteenth of this seventh month is the Feast of Booths for seven days to the LORD.”
(Leviticus 23:34)

On exactly the fifteenth day of the seventh month, when you have gathered in the crops of the land, you shall celebrate the feast of the LORD for seven days, with a rest on the first day and a rest on the eighth day. Now on the first day you shall take for yourselves the foliage of beautiful trees, palm branches and boughs of leafy trees and willows of the brook, and you shall rejoice before the LORD your God for seven days. You shall thus celebrate it as a feast to the LORD for seven days in the year. It shall be a perpetual statute throughout your generations; you shall celebrate it in the seventh month. You shall live in booths for seven days; all the native-born in Israel shall live in booths, so that your generations may know that I had the sons of Israel live in booths when I brought them out from the land of Egypt. I am the LORD your God.
(Leviticus 23:39-43)

The seventh day, the Last Great Day of the Feast, is designated as Hoshana Rabbah in Jewish writings. Hoshana Rabbah refers to “the great salvation.” The term appears in the Talmud, and possibly was in use during the Second Temple period. Rituals associated with it were most likely practiced during the time of Yeshua when the Temple was still standing.

At least two of the customary rituals, beating the willows and the water pouring ceremony, require a lot of physical activity. For this reason, Hoshana Rabbah was important enough for Jewish leaders to manipulate the calendar to accommodate it. That’s right, the calendar is rigged so that these activities would never be performed on the weekly Sabbath.

That’s actually not the only thing about the Jewish (Hillel) calendar that is manipulated. Consider this from the Chabad website:

The Jewish perpetual calendar was arranged in a manner that ensures that the first day of Rosh Hashanah will never fall on Sunday, Wednesday or Friday. This guarantees that Yom Kippur will not fall on a Friday or Sunday (i.e. Saturday night), which would produce two consecutive days when preparing food and burying the dead is prohibited, and that Hoshanah Rabbah will not occur on Shabbat, which would interfere with the custom of taking the willows on this day.

The Talmud tells of a custom the developed in the Second Temple period which was created to illustrate this truth [the rains and blessing of the harvest]. At that time, during this holy day, a priest would take a water pitcher down to the Pool of Shiloach (Siloam), dip it in the water and carry it back to the Temple.

Crowds of people would form a huge processional behind the priest, dancing, singing and chanting the Hallel Psalms (113-118) as they entered the Temple mount. For each of the first six days of Sukkot, the processional would circle the Temple altar one time, and on the seventh day (Hoshana Rabbah) there would be seven processionals to magnify the joy.

The highlight of the ceremony came when the priest dramatically poured the water at the altar of the Temple. The response of the multitudes was so immense that the Talmud says whoever has not been in Jerusalem for this ceremony has not even experienced real joy (Sukkah 5)! Hence, it became known as Simcha Bet Ha-sho-evah (the Rejoicing of the House of Drawing Water).

Now we have the setting for Yeshua’s declaration, “If anyone is thirsty, let him come to Me and drink. He who believes in Me, as the Scripture said, ‘From his innermost being will flow rivers of living water.'” Kasdan continues,

Sukkot was in full swing. The joy of the first six days was exuberant. On the great final day (Hoshana Rabbah), the crowds were filled with expectation for the Messiah and the Holy Spirit he would bring. At the very time of the water drawing ceremony, Yeshua made a bold proclamation: Do you truly want the living waters of the Holy Spirit? Does anyone understand the true significance of this ceremony? If anyone desires what the Bet Ha-sho-evah symbolizes, let him believe in me. I am the Messiah who will pour out the Holy Spirit on Israel!

What About the Eighth day?

Scripture doesn’t really tell us much about observing Shemini Atzeret, the Eighth Day Assembly. It is a separate observance. There are seven days of celebrating; seven days of rejoicing; seven days of living in temporary shelters. Then, we are to rest and have a “solemn assembly.” And with all of the celebrating during Sukkot, especially on the last and greatest day, Hoshana Rabbah, a rest sounds like a good idea.

Some of the confusion between the Last Great Day and the Eighth Day Assembly may come from the old Worldwide Church of God and its remnant congregations. Much of what is found in their publications seems to use the term “Last Great Day” to refer to the Eighth Day.

The Eighth Day is mentioned twice in Leviticus 23 where the annual festivals are detailed, and once in Numbers 28-29 where the sacrifices for these festivals are detailed. Outside of Torah it is mentioned once at the dedication of Solomon’s Temple, and once in Nehemiah following the return from Babylon. Here are all passages in the Bible where the Eighth Day, the day following the seven-day festival of Sukkot, is found:

On exactly the fifteenth day of the seventh month, when you have gathered in the crops of the land, you shall celebrate the feast of the LORD for seven days, with a rest on the first day and a rest on the eighth day.
(Leviticus 23:39)

On the eighth day you shall have a solemn assembly; you shall do no laborious work.
(Numbers 29:35)

On the eighth day they held a solemn assembly, for the dedication of the altar they observed seven days and the feast seven days. Then on the twenty-third day of the seventh month he sent the people to their tents, rejoicing and happy of heart because of the goodness that the LORD had shown to David and to Solomon and to His people Israel.
(2 Chronicles 7:9-10)

He read from the book of the law of God daily, from the first day to the last day. And they celebrated the feast seven days, and on the eighth day there was a solemn assembly according to the ordinance.
(Nehemiah 8:18)

Three times – in Numbers 29:35, in 2 Chronicles 7:9, and in Nehemiah 8:18 – it is specifically called Shemini Atzeret. Shemini is an ordinal number, “eighth.” Atzeret, according to Brown-Driver-Briggs, means “assembly, solemn assembly.” The other places this word (Strong’s #H6116) is used may offer some insight.

Six days you shall eat unleavened bread, and on the seventh day there shall be a solemn assembly to the LORD your God; you shall do no work on it.
(Deuteronomy 16:8)

Bring your worthless offerings no longer, Incense is an abomination to Me. New moon and sabbath, the calling of assemblies– I cannot endure iniquity and the solemn assembly.
(Isaiah 1:13)

Oh that I had in the desert a wayfarers’ lodging place; That I might leave my people And go from them! For all of them are adulterers, An assembly of treacherous men.
(Jeremiah 9:2)

Consecrate a fast, Proclaim a solemn assembly; Gather the elders And all the inhabitants of the land To the house of the LORD your God, And cry out to the LORD.
(Joel 1:14)

Blow a trumpet in Zion, Consecrate a fast, proclaim a solemn assembly,
(Joel 2:15)

I hate, I reject your festivals, Nor do I delight in your solemn assemblies.
(Amos 5:21)

These should, of course, always be read in context. In many of these passages, the atzeret clearly is not the festive rejoicing on the seventh day of Sukkot, Hoshana Rabbah. They are “solemn” assemblies, though the Complete Jewish Bible translates Numbers 29:35 as “festive assembly.” So, there is not universal agreement as to exactly what this is.

It has often been suggested that the day following the Feast of Tabernacles, the Eighth Day, is prophetic of eternity. We look forward to the time that is all Shabbat, a time of complete rest from earthly toils. But until that final Sukkot arrives, when “the tabernacle of God is among men, and He will dwell among them” (Revelation 21:3), Shemini Atzeret signifies the conclusion of the Biblical Feast cycle for another year. It is a time to rest from all of the celebratory activities, regroup, recognize that the Messianic Kingdom did not arrive this year, and go into the next one with full anticipation that, one day, it will be the Last Great Day that never ends.

So we roll the Torah scroll back to the start and read again, “In the beginning…”

2 thoughts on “The Last Great Day”