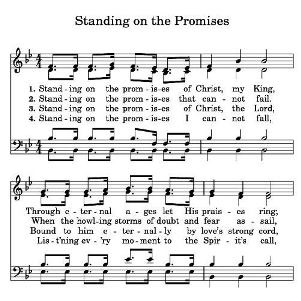 “For I know the plans I have for you,” declares the LORD , “plans to prosper you and not to harm you, plans to give you hope and a future” (Jeremiah 29:11 NIV).

This is one of the most well-known and loved passages from the prophet Jeremiah. It is printed on wall plaques, Bible covers, bookmarks, cards, calendars and all sorts of trinkets and knick-knacks. Social media memes abound, and a host of believers claim this verse as their personal promise of hope and encouragement. Just this past week I heard a popular celebrity quote it as she was leaving her television role and moving to a new phase in her life. It is truly a beautiful passage.

What does it really mean? Do you know the context in which Jeremiah gave this prophecy from the Lord?

Let’s look at the passage in context.

For thus says the LORD, “When seventy years have been completed for Babylon, I will visit you and fulfill My good word to you, to bring you back to this place. For I know the plans that I have for you,” declares the LORD, “plans for welfare and not for calamity to give you a future and a hope. Then you will call upon Me and come and pray to Me, and I will listen to you. You will seek Me and find Me when you search for Me with all your heart” (Jeremiah 29:10-13).

Jeremiah had previously prophesied about the Babylonian captivity because the people refused to listen to and obey God (Jeremiah 25:1-11). This captivity was to last for seventy years. Here in this passage, Jeremiah is assuring them that after the seventy years is complete God will not forget them and will bring them back to the land. It is in this setting that he gives them this message from God, “I know the plans I have for you.”

It is a wonderful promise. But it is a promise for a specific time – at the end of seventy years of captivity – and to a specific people – those in captivity in Babylon. Though it is a clear affirmation of the character of Yahweh, it is not a personal promise to anyone nor is it a general promise to everyone.

The Second-Person Plural “You”

One thing that does not come across well in the English language is that the “you” in Jeremiah 29:11 is plural, not singular. This is distinguishable in the archaic English of older translations like the King James Version1, but today many people are not aware of this grammar. In Old English, “you” is the second-person plural object of a sentence. In other words, “you” is the group that is receiving the action of the verb.

For thus saith the LORD, That after seventy years be accomplished at Babylon I will visit you, and perform my good word toward you, in causing you to return to this place. For I know the thoughts that I think toward you, saith the LORD, thoughts of peace, and not of evil, to give you an expected end (Jeremiah 29:10-11 KJV).

The KJV reads essentially the same as all modern versions in these verses, but the use of Old English in the next verse helps demonstrate that “you” is in the plural form.

Then shall ye call upon me, and ye shall go and pray unto me, and I will hearken unto you (Jeremiah 29:12 KJV).

A second thing to notice in Jeremiah 29:11 is that the time frame for the promise is not immediate. In fact, it is at least seventy years in the future from the time it was made. That would have been in the next generation.

How old was Daniel when he was carried away into Babylon? The Bible does not say; it only refers to him as a “youth” (Hebrew ילד yelad). Notes in commentaries suggest he was between 12 and 20 years old, likely on the younger end of that range. Sometime later, when he was much older, he came to realize that the end of the seventy years of captivity was near (Daniel 9:2) and he began to seek, to call upon and pray to the Lord (Daniel 9:3,4) just as Jeremiah 29:12-14 says. Daniel, in the generation after this prophecy was made, was a part of the “you” group to which the promise was given.

God’s promise in Jeremiah 29:11 was fulfilled, but it wasn’t until after His purpose was accomplished in the Babylonian captivity, and it didn’t happen until the next generation.

The Problem of False Prophets

If you were being oppressed by the king of Babylon, that would sound pretty good. It’s a great encouragement and such a positive prophecy to claim as your own, and who wouldn’t want that kind of promise from God? The problem is, the Lord never said that. Jeremiah called this prophet out, and instead of God breaking the yoke of Nebuchadnezzar within two years, that false prophet died within one year.

I’m afraid this kind of thing happens frequently today, as modern-day prophets prophesy prosperity and blessing over all sorts of people. Often they even use Jeremiah 29:11 for this purpose! We need to be cautious and discerning about these so-called “prophecies from God,” and careful that we don’t misapply passages of Scripture in ways they were never intended.

For the time will come when they will not endure sound doctrine; but wanting to have their ears tickled, they will accumulate for themselves teachers in accordance to their own desires, and will turn away their ears from the truth and will turn aside to myths (2 Timothy 4:3-4).

Are There Promises for Us Today?

Of course there are. Paul wrote about some powerful promises of God using the first-person plural, “we.”

But in all these things we overwhelmingly conquer through Him who loved us. For I am convinced that neither death, nor life, nor angels, nor principalities, nor things present, nor things to come, nor powers, nor height, nor depth, nor any other created thing, will be able to separate us from the love of God, which is in Christ Jesus our Lord (Romans 8:37-39).

He included himself in the group receiving these promises, but who else is in this group? This is in a letter to the “beloved of God in Rome” (Romans 1:7), but Paul makes it clear that “we” in these promises is “those who are in Messiah Yeshua” (Romans 8:1 TLV). That’s me, and I hope that’s you.

For however many promises God has made, they all find their “Yes” in connection with him [Yeshua]; that is why it is through him that we say the “Amen” when we give glory to God (2 Corinthians 1:20 CJB)

1.Most people either have or can easily obtain a King James Version, and it is useful in determining which second-person pronoun is used. The 1917 JPS translation of the Tanach also shows this distinction, as does the 1901 American Standard Version. For reference purposes only (I do NOT advocate using this version for anything else) the New World Translation from Jehovah’s Witnesses is in modern English and follows the convention of using “you” to indicate second-person singular and “YOU” to indicate second-person plural. Of course, if we could all read Hebrew and Greek, the best way to make these determinations is to read Scripture in the original languages. I’m trying to learn, but am no where near proficient. So I rely on these other methods.