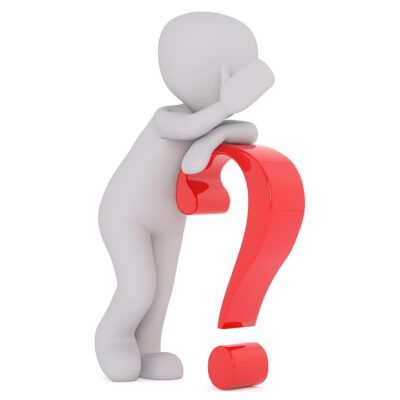 “The more I learn, the more I realize how much I don’t know.” That quote has been attributed to Albert Einstein, although I don’t know if he really said it. If so, perhaps it was a variation on a quote by Aristotle, “The more you know, the more you know you don’t know.” I don’t know if he really said that, either. If he did, he didn’t say it in English exactly that way. And then there is that famous quote I  read on the internet from Abraham Lincoln: “Don’t believe everything you read on the internet.”

Recently I had the opportunity to just sit and listen to someone telling someone else what they know. It was interesting – some of it I knew myself; some things I did not know; and some of the things I used to know, but now I know differently. Maybe this person will as well. The truth is, there are things I think I know today that I may find out tomorrow I didn’t really know, and now I know something else.

Testing What I Know

As a student I was always a pretty good test-taker. That has been true in my professional career as well. The overwhelming majority of tests have been objective – usually several pages of multiple choice questions and/or calculations. By answering the required percentage of questions correctly, I receive a passing grade and often some sort of certification.

This is my strategy: First, I read through the entire test and answer the questions for which I am absolutely certain I know the correct answer. I pass over those of which I am not sure or simply don’t know. Often I find clues to some them in the other questions, so then I answer those. That leaves me with the ones now that I either can’t be certain about or I really don’t know.

But for these difficult questions, I can usually look at the possible answers and eliminate one or two that I know cannot be correct. That leaves me with a reasonable chance of success even if I have to guess between the remaining answers, and I get a passing grade.

The Inerrancy of Scripture

In church traditions I knew growing up, “The Bible” was considered inerrant and to challenge that was paramount to denying the faith. Frequently when discussions of errors in translation or possible text tampering come up, I am asked, “Don’t you believe that God can preserve His word?” Well, of course I do! But, clearly He hasn’t – at least not in the perfectly clear way that many wish to believe.

Most everyone will acknowledge that the source texts for the New Testament have variations. Often people come down on one side or the other between the two main families of Greek texts. Downright nasty articles have been written about the “missing” verses in the NIV (which are also “missing” from other translations – again, it all comes back to the source text). Perhaps though, and I think even more likely, they aren’t missing at all but instead were added to the source text for the KJV (blasphemy!). When I look at different English translations of the New Testament, I don’t know which one is best. But there are some I can eliminate.

Which one, if any, is correct? I have an opinion, but I do not know.

How to Pronounce “The Name”

Here is one of the most divisive topics in our movement. There are many, many Messianic and Hebrew Roots believers who know how to pronounce the Divine Name. Of course, they do not agree with each other, but they do know they are right. And for every variation of the Father’s name, there are twice as many pronunciations of the Messiah’s name.

It can be maddening, and (I have to admit) sometimes funny. But then, I find it humorous only because I do not dogmatically champion one of those various pronunciations. If I did, I would…  well, I don’t, so I can’t say how I might feel. I don’t know which pronunciation is correct, but I think I can safely say that a few definitely are not.

And here is the other divisive topic. The list of calendars keeps growing. Just when I think there couldn’t possibly be another one, somebody comes up with it. Now, sometimes these calendars vary by a day or two, and other times they are in alignment. But it doesn’t matter if the days line up or not. What matters is how one gets to a certain day on the calendar – which of course makes the other calendar wrong, even if it is the same. On a multiple choice test, this one is particularly difficult.

There are some calendars that seem a little fishy. When we alter the beginning of a month so that a day God calls His appointed time is more convenient for us to observe, I think that might be taking dangerous liberties. And when I think of a calendar where it appears someone isn’t able to count to seven, well, that is a problem.

So once again, I don’t know which calendar is correct, but I can identify a couple of them as incorrect.

Thank God (Elohim, The Almighty, The LORD, HaShem – take your pick) there are a few things that I do know beyond any shadow of doubt. And with these unshakable truths, I can live with questions about the other things.

I know whom I have believed and I am convinced that He is able to guard what I have entrusted to Him until that day (2 Timothy 1:12).

And yes, there is a short list of other things that I also know that I know. The rest we can sort out later.

O LORD, my heart is not proud, nor my eyes haughty;
Nor do I involve myself in great matters,
Or in things too difficult for me.
Surely I have composed and quieted my soul;
Like a weaned child rests against his mother,
My soul is like a weaned child within me.
O Israel, hope in the LORD
From this time forth and forever.
(Psalm 131)