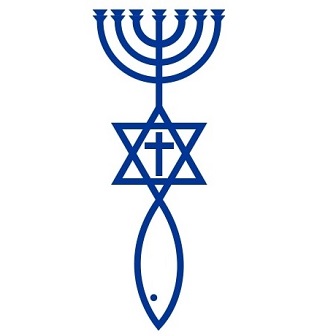 When looking at the Hebrew Roots Movement you will find a wide range of perspectives. As with any religious movement, it has its devotees and it has its detractors. The Hebrew Roots Movement, though, seems to have evoked a greater level of passion among both supporters and critics than we have seen in some time – perhaps since the Pentecostal and Charismatic Movements of the early and middle twentieth century. What is it that makes this movement so controversial? 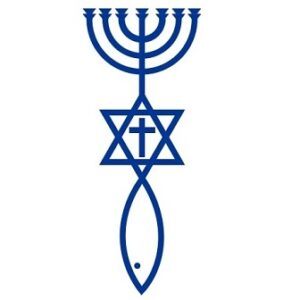 The Hebrew Roots Movement is not led by any denomination or top-down ecclesiastical organization. There is no single teacher or leader at the helm. This is a move of the Holy Spirit in the hearts of believers, most often within the church, to return to the origins of the Christian faith practiced by the disciples and followers of Yeshua (Jesus) as described in the New Testament. That first century faith is rooted in a Hebraic understanding of the Tanakh (the Hebrew Bible; the Old Testament) and in particular the Torah, the first five books of the Bible.

When things run counter to the traditional practices of Christianity through the centuries, we often have a tendency to resist. We do not like our paradigm challenged, and if our convictions are strong, we set out to defend our position. That is a good, natural reaction, and keeps us from blindly going off the deep end. But it should also stir us to dig deeper and make certain we are on the right path. We in the Hebrew Roots Movement have come to the realization that some things have, in fact, veered off that ancient path. We desire to return to the “faith which was once for all delivered to the saints” (Jude 1:3).

While Hebrew Roots teachings and views are not homogenous (as this is not a denomination and there is no single designated or self-appointed leader), there are several distinct characteristics that are shared among adherents. Here are some of the primary points of agreement:

The most distinct characteristic of the Hebrew Roots Movement is the observance of the Sabbath on the seventh day of the week, Saturday. The Sabbath is considered to begin with the setting of the sun on Friday evening and continues until sunset on Saturday. Keeping the fourth commandment (third in some renditions) is often the first issue encountered by those studying the Hebrew Roots of Christianity. If you are currently attending church on Sunday and struggling with this, recall that the commandment is to “remember” or “keep the Sabbath day.” It does not address whether or not you assemble with others on Sunday or any other day. Determine to keep the Sabbath holy first, and let God direct you regarding what else to do. I have written an article regarding how to keep the Sabbath here.

Probably the next most distinctive characteristic is the celebration of the annual festivals outlined in Leviticus chapter 23. You will notice that these are not called “Jewish Feasts,” but rather God himself says that these are His feasts. “The LORD’s appointed times which you shall proclaim as holy convocations – My appointed times are these:” (Leviticus 23:2). Those of us in the Hebrew Roots Movement understand these celebrations to all have a prophetic significance, foreshadowing both the first coming and second coming of Yeshua the Messiah.  For a thorough examination of the Feasts of the LORD, including their historical background, significance to believers in Yeshua, and help in observing them, I highly recommend the book The Feasts of Adonai, Why Christians Should Look at the Biblical Feasts

Here is an important characteristic that does not differ from mainstream Christianity. Salvation is by grace through faith in Yeshua (Jesus) and is not earned by doing any works of obedience to the Torah. The Hebrew Roots Movement, like some holiness denominations within traditional Christianity, is often accused of teaching a works-based salvation. This is simply not the case. We understand that obedience to God’s commandments is an act emanating from our love and devotion toward Him. Yet “all our righteous acts are like filthy rags” (Isaiah 64:6). It is only through the blood of Yeshua that we are made righteous and can stand before a holy God. (1 John 1:5-9, Hebrews 10:19-23.)

4.  The Importance of the Hebrew Scriptures

Another distinctive characteristic of those in the Hebrew Roots Movement is that we follow a Biblically based diet, particularly in the area of clean and unclean meat as described in Leviticus 11 and Deuteronomy 14. Rabbinic Judaism has added many, many more rules regarding what is kosher and what is not; however most in this movement simply follow the Biblical requirements. Not surprisingly, there is a swiftly growing practice in mainstream Christianity and even outside the church of not consuming these unclean animals for health reasons. Maybe God knew what He was talking about when he told us what to eat and what not to eat. Again, this obedience to God’s instructions is out of love toward Him, not for our salvation. Someone once asked if eating pork would send them to hell, to which they received the answer “No – but you might get to heaven a little sooner than you expected.”

Adherents of the Hebrew Roots Movement typically are passionate about study, especially in the meaning of the original language and culture of the Bible. This has resulted in both unity and division within the movement. Clearly the Biblical instructions, practices and celebrations that have been cast off by mainstream Christianity have drawn us together; yet the intense study has caused some to become dogmatic in their pursuit of what they believe they have discovered as truth.

The Hebrew Roots Movement is Not a Heretical Cult

A misunderstanding of the Hebrew Roots Movement has caused some to label it a cult, a heresy or some similar designation. Such descriptions almost always come from those outside the movement who have either observed some individual with whom they disagree or assumed that because a person or group does one particular thing they must be like another person or group that also does this thing. A review of the characteristics of a cult will quickly reveal that this movement does not exhibit such controlling or deceptive techniques. The Hebrew Roots Movement is firmly grounded in a Hebraic understanding of Scripture.

I urge you to dig deeply, using the whole Bible, and ask yourself how it applies to you. Are you really doing what God said to do? Are you doing other things that might be in opposition to what God said to do? We don’t follow any man or religious organization. We follow Yeshua, who once asked, “When the Son of Man comes, will He really find faith on the earth?” (Luke 18:8). We desire to understand and practice the Hebrew Roots of that faith.

Check out my post Misunderstanding the Two Houses of Israel.