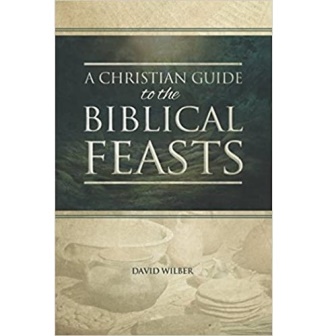 For anyone just beginning to celebrate the Biblical Feasts – the Appointed Times of Adonai – this book will be a valuable resource. It is well formatted, concise (less than a hundred pages) and inexpensive.

David Wilber takes a fresh, no-nonsense approach to these Feasts. It is written to Christians, those who believe in Yeshua (Jesus) as the Messiah (Christ) and the Son of God. But he doesn’t try to “Christianize” the Feasts. For example, in answer to the question “How is Passover relevant to Christians?” he gives this explanation:

The simplest answer to this question is that God commanded His people to keep Passover and Unleavened Bread throughout there generations as a statute forever (Exodus 12:14). Thus, if you consider yourself a follower of the God of israel, this is something you are to do forever.

Yes, the author goes on to examine Yeshua’s final Passover before his crucifixion, his instructions to do this (Passover) to remember him, and Paul’s teaching that Yeshua is the Passover lamb. But the reason Passover and the rest of the Feasts are “relevant” is because our Father gave them to us and told us to observe them. 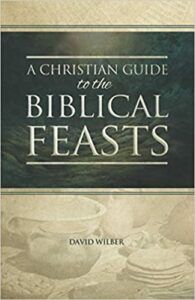 A Christian Guide to the Biblical Feasts

Before going into the individual Feasts, he provides an introduction on “Returning to God’s Feasts.” It picks up right where someone new to this understanding might find themselves. We aren’t just returning to the Feasts, but returning to the Torah – the instructions of the Old Testament too often relegated to history, considered done away with and no longer binding on Christians. But as Christians, literally “Christ followers,” we need to walk as he walked. Yeshua was a Torah-observant Jewish believer, even called Rabbi.

The introduction examines what it means to “abolish” and to “fulfill” the Torah and what Yeshua himself said about it. He proceeds through the Gospels and the book of Acts to see what the Apostles taught and what the early Christians did. He delves into the three most common passages by Paul that are often used by Christians who object to keeping the Sabbath and Feasts. Wilber’s non-confrontational presentation is an excellent model for those of us who have practiced this lifestyle for some time. He concludes the introduction with this:

There appears to be no biblical basis for changing or ignoring the Sabbath of feast days. Nowhere in the Bible does God, Yeshua, or the apostles authorize their change or annulment. Rather, the disregard for the Sabbath and feasts in Christianity happened over time as Christians gradually drifted further and further away from the Jewish roots of their faith.

Each chapter in this book goes through one of the Biblical Feasts, beginning with the weekly Sabbath. He includes both Hanukkah and Purim, both Biblical but not commanded. As the title suggests, this is a “how to” guide to keeping the Feasts. There isn’t a lot of theology, but rather just practical things you can do to observe them. Traditional blessings are often included in both transliterated Hebrew and in English.

A Christian Guide to the Biblical Feasts by David Wilber effectively accomplishes its purpose. I found it comparable to Barney Kasdan’s book, God’s Appointed Times, which is written primarily to a Messianic Jewish audience. In fact, I would recommend both of these books as excellent resources for a meaningful celebration of the Feasts.

David [Wilber] is first and foremost a passionate follower of Yeshua the Messiah. He is also a writer, speaker, and teacher.

In addition to his books—Is God a Misogynist?, When Faith Works, and A Christian Guide to the Biblical Feasts—David has written several theological and devotional articles available on various Messianic and Christian websites. David has also spoken at a number of Christian/Messianic churches and conferences throughout the United States and currently serves as a regular Bible teacher and writer for multiple congregations and ministries, such as 119 Ministries, Founded in Truth Fellowship, Freedom Hill Community, and Inspiring Philosophy.

David’s heart is to minister to God’s people by helping them rediscover the validity and blessing of God’s Torah and help prepare them to give an answer to anyone who asks about the hope within them (1 Peter 3:15).

Other Books by David Wilber

Is God a Misogynist?
by David Wilber
2020

Our Passover Lamb
A Christian Haggadah
2018

Check out my review of David Wilber’s newest book, Remember The Sabbath.