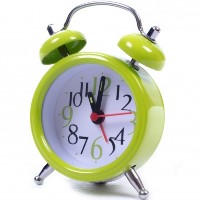 Here we go again; it’s time to “fall back.” Or is it “fall forward?” No, we had to spring forward, so it must be fall back. Aww, who cares, my phone and my computer will do what they need to do automatically, and I’ll just adjust everything else from there.

Here in the United States and many other countries, it happens twice a year. Early in the spring, in the middle of the night, we advance our clocks by one hour. That way the daylight lasts longer in the evening and we can get more work done outside. But in the fall, we set our clocks back by one hour. Now it isn’t quite as dark when we get up to go to work in the morning, or when kids wait for the school bus.

And that all makes sense, right? There is a saying attributed to an unknown Native American pointing out that only the pale-faced white man would cut two inches off a blanket, sew it on the other end, and think he has a longer blanket. Maybe he has a point.

Does Anybody Really Know What Time It Is?

In 1917, the United States Congress passed the Standard Time Act establishing four time zones across the country (Alaska and Hawaii weren’t yet states). It became law in early 1918. Prior to that, “time” was largely determined by the railroads because it was necessary to know when a train was arriving and departing. Think of the characterization of the train conductor with his pocket watch on a chain. The problem was the railroads were not in agreement on what time it was.

Before the railroads emerged in the mid 1800s, nobody really cared. People got up at sunrise to work, and went back inside after the sun set. It took a while for the mass-produced timepiece to come to the common man and for electric lighting to change our entire perspective of the work day.

During my adolescent years in the 1960s there was great controversy in my home state of Indiana regarding time. The border between Central Standard Time and Eastern Standard Time was moved more than once, sometimes county-by-county switching time zones and deciding whether or not to observe the Daylight Saving Time shift. Finally, in 1972 (and again involving overriding a veto from the governor), the state of Indiana rejected Daylight Saving Time.

Well, at least that was the case in counties that were on Eastern Standard Time. For more than 30 years, until the Spring of 2006 when Governor Mitch Daniels finally convinced the legislature to get with the program, most of Indiana did not change its clocks twice a year. Why the return to Daylight Saving Time? It was because the Indiana economy was suffering due to the confusion caused by being out-of-sync with the rest of the country, even though our method seemed to many to be more true.

You can still find “Indiana East” listed separately as a Time Zone setting in many software programs and apps. Oh, and Hawaii and Arizona still don’t observe Daylight Saving Time.

Scripture specifically says that Yom Kippur, the Day of Atonement, is an annual Sabbath that always falls on the tenth day of the seventh month.

It is to be a sabbath of complete rest to you, and you shall humble your souls; on the ninth of the month at evening, from evening until evening you shall keep your sabbath.
(Leviticus 23:32)

In fact, the beginning of the seventh month – Rosh Hashanah or Yom Teruah – will never fall on a Sunday, Wednesday or Friday. That not only prevents Yom Kippur from being on Friday or Sunday, but it also prevents the seventh day of Sukkot, known as Hoshana Rabbah or the “last day, the great day of the feast” (John 7:37) from falling on the Sabbath. There are activities like the Libation Ceremony done on this day that Jewish law prohibits on the Sabbath.

The adjustment that determines the first day of the seventh month is actually made almost an entire year before, in the preceding eighth and/or ninth months. Hence, nearly everything has the potential of being “adjusted.” Because of this, another odd coincidence happens. Passover will never fall on a Thursday night, or Maundy Thursday, the time when Christians observe The Last Supper before Easter.

Are these DST-like adjustments mentioned anywhere in Scripture? No, they are not. Should we go along with them? Well, let’s consider what we do know from Scripture.

The Hebrew word for “new moon” and “month” are the same, חדשׁ chodesh (Strong’s Hebrew word #H2320). There can be no question that the Biblical month is tied to the new moon. However, we have no definitive explanation of exactly what a “new moon” is, or at what location it is supposed to be first observed. And if you’ve been around very many people in this Messianic Torah-obedient lifestyle, you know that not everyone agrees. Some hold very strongly to their interpretation of Biblical passages using this word, resulting in a little conflict and division when it comes to observing the Appointed Times. We end up with celebrations that are days, sometimes even a month, apart from others. That doesn’t even take into account such unorthodox and unbiblical ideas as the floating lunar sabbath or the non-lunar Enoch calendar.

These are times that should bring us together as a community of believers. But when we all behave like Indiana used to do, we’re often out of sync with each other. Because the Bible isn’t precise as to defining the beginning of a month, we need some kind of “standard time” we can all agree on. The traditional Jewish (Hillel) calendar seems to be the answer. Is it right? Perhaps that only exists in the mind of the one who thinks he is right.

In the first Torah portion, B’reshit, we read the story of the six days of creation followed by the Sabbath. One phrase occurrs six times in the first chapter (here is the traditional rendering we all remember):

The Jewish tradition of beginning the day at sunset comes from the first chapter of Genesis. It may be that the English translation in the King James Version and others was influenced by this tradition. Now, if my terminology there surprised you, read the passages again. Beginning and ending a day in the evening is deduced from, but not specifically stated in, these verses. Let’s take a look at the Hebrew phrase.

ויהי־ערב ויהי־בקר יום  vayehiy `ereb vayehiy boqer yom –(followed by a number). Literally, “and there was evening and there was morning, day X.”

What it doesn’t say is “from the evening through the next morning until the next evening.” What it could mean is there was creating, and then it was evening, and then it was morning – and that was a day. The point is, an absolute certain conclusion cannot be drawn from these six identical lines, and it is never mentioned again in the Bible, either in the Tanach (Old Testament) or the Brit Chadashah (New Testament). Never.

You may be thinking of Leviticus 23:32 that I previously mentioned regarding Yom Kippur. But look at that one again as well. It says to begin the Sabbath observance on the evening of the ninth, not on the evening beginning the tenth, and to keep it until the next evening. This may be a unique instruction for this one Sabbath, noting again that it is never mentioned anywhere else. Is Yom Kippur different? Well, it is also the beginning of the Jubilee year, even though it is not the beginning of any calendar year or even any calendar month. So yes, Yom Kippur is a special case, at least in some aspects. You can’t use a description unique to the Yom Kippur Sabbath and definitively apply it to all Sabbaths, even if that might ultimately be the case.

It is really only relevant at Sabbath and the Appointed Times. Nehemiah mentions “just as it grew dark at the gates of Jerusalem before the sabbath, I commanded that the doors should be shut and that they should not open them until after the sabbath” (Nehemiah 13:19). Closing gates at night was normal – not opening them in the morning seems to be the point here.

If these things were critically important, I think God would have clearly stated the parameters. He didn’t. Nit-picking at these disputable matters only spreads strife among brothers, something God hates (Proverbs 6:16-18). Yeshua identified the weightier provisions of the Torah as justice, mercy and faithfulness (Matthew 23:23), but he didn’t mention timekeeping. That must not be something he thought was a big deal, and they shouldn’t be points of contention for us. Yeshua’s priorities are the exact same things the prophet Micah told us God requires.

He has told you, O man, what is good;
And what does the LORD require of you
But to do justice, to love kindness,
And to walk humbly with your God?
(Micah 6:8)

As a resident of the great state of Indiana, next week I’ll be turning my clock back, checking the batteries in my smoke detectors (that’s very important!) and enjoying an extra hour of sleep this fall. And when I get up in the morning there won’t be any confusion, because we are all doing the same thing.