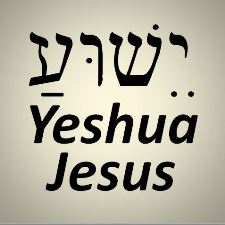 I remember as a youngster hearing this song written by Audrey Mieir. The music was the first thing that caught my attention. My dad used to sing while he played it on our old upright piano. He embellished it with all sorts of runs and augmented chords – he always seemed to enjoy those fancy transitions.

If you’ve never heard it (it was written in 1959) you can listen here – minus all of dad’s embellishments (this one is acapella). This beautiful song describes the Messiah: mighty king, master, great shepherd, rock of ages, almighty God. The chorus ends with the phrase “Jesus my Lord.”

Chris Tomlin has more recently recorded a song by the same name. He also lists the characteristics of the Messiah with descriptions taken from a number of Scripture passages, especially Isaiah 9. In this song, he never mentions the name “Jesus.” It isn’t necessary. The “name” that is wonderful isn’t the vocalization of some set of syllables.

In the English-speaking world, and in most English Bibles, the name of the Messiah – the Christ – is Jesus. Since coming into a Hebraic understanding of my faith, I’ve come to call him by his given Hebrew name, Yeshua. That’s what everyone would have called him some two thousand years ago.

It seems like a lot of people want to make a big deal about how we pronounce names. In fact, there is a faction among Sabbath keepers often called the Sacred Name Movement dating back to the first part of the 20th century. Those in the Sacred Name Movement focused on speaking the proper name of the Creator, even referring to titles like “God” or Lord” as pagan. Recognizing that the English name for God, Jehovah, was certainly not the proper pronunciation, they early on began promoting the name Yahweh. Since that time, many different variations and transliterations of the tetragrammaton, yod-hey-vav-hey, have popped up.

The Jewish historian Josephus records that the name of God consists of four vowels (Wars of the Jews, Book 5, Chapter 5, Paragraph 7). Though I don’t know for certain what the pronunciation is, I’m pretty sure of what it is not. However, almost all of us will agree on the short form “Yah” used in the Psalms and other poetry.

One huge error in the Sacred Name Movement comes from a misapplication of these verses. Adherents reason that coming “in the name of” Yahweh means that the Messiah’s name must include the proper name of God. From this, instead of Yeshua they have invented the name “Yahshua,” and from this (just like with the Father’s name) a host of variants abound.

But this isn’t about pronunciation; it is about not vilifying one of them. To be clear, I’ve chosen to use pronunciation recognized by Hebrew scholars as most likely correct. For some strange reason there are people who think that the name “Jesus” is somehow pagan, possibly an idea that originated in the Sacred Name Movement. I’ve read articles that claim some relationship between Jesus, an English named derived from the Greek Ἰησοῦς Iesous (Strong’s Greek word #G2424), and the Greek god Ζεύς Zeus (Strong’s #G2203), which you can see is not spelled the same. Even more nonsensical is to transcend languages and try to tie it to the Hebrew word for horse – ס֥וּס soos (Strong’s Hebrew word 5483). Recently saw a post claiming that the name Jesus meant “earthly pig.” This is nonsense at best, and hints toward blasphemy.

Etymology of Yeshua to Jesus

As I said, the English name of Jesus is from the Greek New Testament writings, where it is recorded as Ἰησοῦς transliterated as Iesous. It most likely first came to the English world through Latin, where it is transliterated as Iesus. Now, some may say that proper names do not change from one language to another. That really isn’t true, and in some cases it isn’t even possible to maintain the same pronunciation from one language to another. Such is the case with the Hebrew name Yeshua in the Greek New Testament. There is no Greek letter or combination of letters to make the “sh” sound.

So in Greek, the Hebrew name Yeshua becomes Yeh-soo, or with the masculine ending for nouns, Yeh-soos. It is a transliteration, the closest you can get using the sounds of the Greek language.

If you doubt this to be true, consider the Septuagint – a Greek translation of the Hebrew Scriptures made by Hebrew (not Greek) scholars shortly before the advent of Messiah Yeshua. Look at the name of the successor to Moses – Joshua in English, Yehoshua in Hebrew, and Ἰησοῦς Iesous in Greek. In the Septuagint, the name of the sixth book of the Bible, the first book following the Torah, is Ἰησοῦς Iesous.

וֵשׁוּעַ Yeshua (Strong’s Hebrew word #H3442), sometimes written as Y’shua, is a legitimate shortened form of the Hebrew name Yehoshua (Strong’s #H3091). Brown-Driver Briggs even calls Yeshua, #H3442, the name of “the son of Nun of the tribe of Ephraim and successor to Moses.” The name Jeshua/Yeshua also several times in the Hebrew Bible, and in the Greek Septuagint is written as Ἰησοῦ Iesou (without the added masculine ending). These are normal and natural transitions from one language to another, and do not in any way change the original meaning.

And for many years, we did not question it. Consider the magnificent musical work by Johann Sebastian Bach, “Jesu, Joy of Man’s Desiring.” No one would have ever suggested that Bach was writing about men desiring to know Zeus, or a little horse, or some earthly pig – not until, that is, the Sacred Name Movement came along.

Coming “in the name” of the Father does not refer to any pronunciation. Most of us are aware that it means Yeshua came in the authority, purpose and character of Yahweh, just as any ambassador comes in the name of the one who sent him. We need to keep in mind that “the name” is irrespective of and far beyond how we think it should be vocalized.

The name of Yahweh is a strong tower; the upright runs to it and is secure.
(Proverbs 18:10 NJB)

We can be certain that the religious leaders of the day were not concerned about the sound of a particular name, especially a common one that could refer to any number of people. No, they were concerned about one particular individual and the teaching going forth under his authority, even though he could no longer be found among them.

And when they had summoned them, they commanded them not to speak or teach at all in the name of Jesus.
(Acts 4:18, obviously from a modern English translation – NASB)

Many may be familiar with the words of this hymn written by Lela Long in 1924:

It is abundantly clear from these and other lyrics in the song that the author is referring to hearing the sound of the name “Jesus.” Even though the name Jesus isn’t actually the name of the Messiah, hearing that name brings to mind the characteristics of the one the author has come to know: “he’s just the same as his lovely name.” On the other hand, the person who smacks his thumb with a hammer and screams “Jesus Christ” at the top of his lungs probably isn’t thinking about the character of the Messiah.

This brings up another problem. Among Christians or those living in a Christian culture, saying the name Jesus brings to mind what we have learned and experienced concerning the historical Biblical figure. Those of us who vocalize the Hebrew name Yeshua are doing the exact same thing. But if by the name Jesus you are refering someone who came 2000 years ago and did away with the Torah (God’s instructions, the “Law”), made it OK to eat the things God said not to eat, replaced God’s holy days with Christmas and Easter and abandoned the Jewish people, then you are not talking about the same individual. Many who find the name undesirable, unacceptable or even “pagan” do so because it refers to the one I just described. You can even call him Yeshua, but it makes no difference. If you mean someone who changed God’s laws, you are not talking about the true Messiah.

I love this beautiful song by Steve McConnell based on Isaiah 9:5 in the Hebrew Bible (Isaiah 9:6 in most Christian Bibles) and Isaiah 53:3,5.