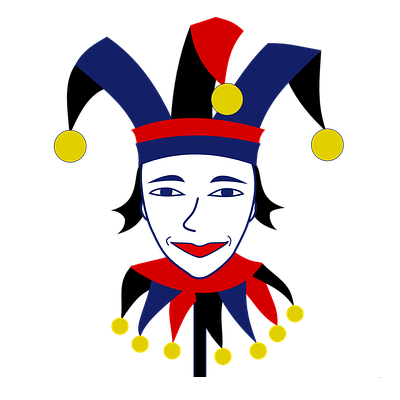 Psalm 14 and Psalm 53 are nearly identical Psalms of David. Reading or hearing the same thing twice might be an indication it should be given a little more attention. Both begin with the same declaration:

The fool has said in his heart, “There is no God.”

“The fear of ADONAI is the beginning of knowledge, but fools despise wisdom and discipline” (Proverbs 1:7 TLV). According to translator’s footnotes in the New International Version at this verse, “The Hebrew words rendered fool in Proverbs, and often elsewhere in the Old Testament, denote one who is morally deficient.”  The Theological Wordbook of the Old Testament gives a gradation in words translated “fool” as progressing from kesiyl (Strong’s #H3684, used only in the poetry of the Psalms, Proverbs and Ecclesiastes) to ’ewil (Strong’s #H191, used here in Proverbs 1:7) to nabal (Strong’s #H5036).  It is this last term that is used at the beginning of Psalms 14 and 53, and it indicates a person who is stupid, wicked and impious.

Incredible as it may seem, there is one person in Scripture who actually bears the name Nabal. The story is told in 1 Samuel 25, where this man’s own wife, Abigail, speaks of the “worthless man, Nabal, for as his name is, so is he.  Nabal is his name and folly is with him” (1 Samuel 25:25).  God eventually brought his death, after which Abigail became the wife of David.

The fool has said in his heart, “There is no God.”
They are corrupt, they have committed abominable deeds;
(Psalm 14:1)

I don’t know the occasion(s) for which David composed these words, but they are timeless in their application. They aptly describe the world situation at the beginning of Genesis 6 and our reading this week in Torah Portion Noach.  And many years later Paul, writing to the believers in Rome, showed us this has been true from the beginning of the world.  There is a strong correlation between Psalms 14 and 53, Genesis 6 and the beginning chapters of Romans.

God looked on the earth, and behold, it was corrupt; for all flesh had corrupted their way upon the earth. (Genesis 6:12)

For since the creation of the world His invisible attributes, His eternal power and divine nature, have been clearly seen, being understood through what has been made, so that they are without excuse. For even though they knew God, they did not honor Him as God or give thanks, but they became futile in their speculations, and their foolish heart was darkened.  Professing to be wise, they became fools, and exchanged the glory of the incorruptible God for an image in the form of corruptible man and of birds and four-footed animals and crawling creatures.  (Romans 1:20-23)

As the Psalmist continues, though, he finds there is hope and refuge in his God. Here he presents a paradox that can only be explained by turning to the grace of our Creator.  “There is no one who does good, not even one” (Psalm 14:3), yet “God is with the righteous generation” (Psalm 14:5).  In the same way, Torah records that “all flesh had corrupted their way upon the earth” (Genesis 6:12), yet “Noah was a righteous man” (Genesis 6:9).  And because he was righteous, he merited the favor – the grace – of God.

Paul quoted several lines from these Psalms in the third chapter of Romans. He, too, understood the overwhelming weight of sin on humanity, yet marveled in the favor of God toward those who seek righteousness.  As David cried “Oh, that the salvation of Israel would come out of Zion,” Paul recognized that David’s prayer had been answered in Messiah Yeshua.

Being justified as a gift by His grace through the redemption which is in Christ Jesus; (Romans 3:24 NASB).

Farther along in his letter, Paul acknowledges that his own Jewish people have been for the most part blinded to the knowledge of Messiah until the “fullness of the Gentiles [ethnoon (#G1484 ethnos) “nations”] has come in (Romans 11:25). Yet he rejoiced in what he knew to be the promise of the Father:

And so all Israel will be saved; just as it is written,
The deliverer will come from Zion,
He will remove ungodliness from Jacob.
This is my covenant with them,
When I take away their sins.
(Romans 11:26,27)

How exciting it is to live now in the time Paul could only dream of! The Father is drawing out His people, calling them to Himself from both houses of Israel.  However, in our joy over this revival we need to be careful to remain steadfast in “the faith which was once for all delivered to the saints” (Jude 3 NKJV).

As so many are returning to the Hebrew Roots of our faith, we realize some of the things we were previously taught were error. And while we question and search them out, there is sometimes sharp disagreement among us – in particular, disagreement about the nature of “God.”  Most find problems with and reject a “Trinitarian” view, finding no Scriptural support for this doctrine.  Some call into question the divinity of Yeshua, in effect saying in him “there is no God.”

I believe that Yeshua is God – Yahweh revealed in flesh. Yet while I see this can be clearly established in Scripture, I also see nothing stated that believing Yeshua is God is a requirement for salvation.  We are in no position to judge another person’s standing with the Father based on what we believe or don’t believe about what someone else believes or doesn’t believe.  In our limited human understanding, perhaps we will never fully comprehend the exact nature of the “only begotten Son” of God (John 3:16).

It is, however, a slippery slope. Too many who have recognized and left the errors of Christian doctrine have accepted instead the errors of Judaism, denying that Yeshua is Messiah and rejecting his words, “I am the way, and the truth, and the life; no one comes to the Father but through Me” (John 14:6). In doing so, I believe they also reject the salvation he offers.

We must be on guard for this deception of the evil one, for our “adversary, the devil, prowls around like a roaring lion, seeking someone to devour” (1 Peter 5:8). Let us cry out to our Father for wisdom, for discernment of spirits and for the restoration of all Israel.

Oh, that the salvation of Israel would come out of Zion!
When the LORD restores His captive people,
Jacob will rejoice, Israel will be glad.