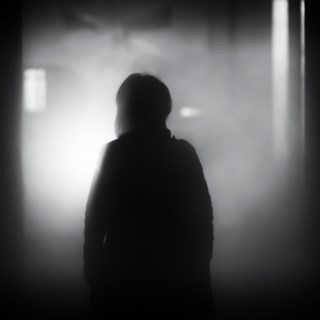 “But for the grace of God, there goes John Bradford.”

Bradford was a 16th century English reformer. According to The Oxford Dictionary of Quotations, Bradford made this “exclamation on seeing some criminals taken to execution.” He was committed to a life of holiness and understood that the evil inclination in the heart of the criminal was also present in his heart.

Bradford did eventually spend time in prison – not as a criminal, but branded as a heretic by the Roman Catholic Church. Fox’s Book of Martyrs tells how in prison he continued to preach and to study and encourage others right up to the day of his death. Eventually Bradford was burned at the stake in London under Queen Mary, known as Bloody Mary.

The Need for Prison Ministry

There, but for the grace of God, go I.

In the state where I live, there are 18 adult facilities in the state Department of Corrections housing around 26,000 inmates. About 1,400 of them are at the facility where I regularly minister. Of those 1,400 men, 4 to 6 participate regularly in our Messianic worship service in the chapel.  That’s all, just a small group.

I’ve never been in jail or prison, except to visit and minister. Stepping out into the unknown is often intimidating. In many ways these men and women are just like you and me. But they made mistakes, and got caught. And for the most part, they are here long-term.

Never have I found myself in danger within prison walls. In fact, I have always felt respected by those I meet. Of course, it is always necessary to be aware of what is going on around you, always follow the rules, and always follow the instructions of prison personnel. Most facilities require volunteers to go through orientation and training so you know how to conduct yourself while inside.

What is prison ministry? The offenders who participate in the services and studies come out because they want to. I lead a discussion; I don’t preach. I disciple; I don’t evangelize. We worship, study and pray together. The group grows because the offenders reach other offenders. The group gets smaller when someone leaves, usually to transfer to another facility, and it gets bigger when one of these guys invites a fellow prisoner to come.

What the Bible Says

I find it interesting that Torah, the instructions given by God to Israel, does not provide for incarceration as we know it today. There are a couple of examples of incarceration, and in both cases it was only pending a determination of what to do.

Now while the sons of Israel were in the wilderness, they found a man gathering wood on the sabbath day. Those who found him gathering wood brought him to Moses and Aaron and to all the congregation; and they put him in custody because it had not been declared what should be done to him. (Numbers 15:32-34)

The son of the Israelite woman blasphemed the Name and cursed. So they brought him to Moses. (Now his mother’s name was Shelomith, the daughter of Dibri, of the tribe of Dan.) They put him in custody so that the command of the LORD might be made clear to them. (Leviticus 24:11-12)

Torah required either immediate restitution, restitution by indentured servanthood, or removal from the community – “cut off” – either by banishment or death. With that in mind, it is not surprising that Torah does not directly address visiting someone in prison.  Later in history, though, we do find instances of imprisonment both inside and outside of Israel.  In New Testament times, while Judea was under the control of the Roman authorities, we can read of several people being thrown in prison.  Yeshua even spoke of imprisonment in some of his parables.

Several passages in the Psalms show us God is concerned for those held in prisons.

I will praise the name of God with song
And magnify Him with thanksgiving.
And it will please the LORD better than an ox
Or a young bull with horns and hoofs.
The humble have seen it and are glad;
You who seek God, let your heart revive.
For the LORD hears the needy
And does not despise His who are prisoners.
(Psalm 69:30-33)

Let the groaning of the prisoner come before You;
According to the greatness of Your power preserve those who are doomed to die.
(Psalms 79:11)

For He looked down from His holy height;
From heaven the LORD gazed upon the earth,
To hear the groaning of the prisoner,
To set free those who were doomed to death,
That men may tell of the name of the LORD in Zion
And His praise in Jerusalem,
(Psalms 102:19-21)

So when we read passages in the New Testament about visiting prisoners, it isn’t telling us something unknown before that time. Caring for those less fortunate – no matter how they came to be in that position – is essential to a Torah-based lifestyle.

Remember the prisoners, as though in prison with them, and those who are ill-treated, since you yourselves also are in the body. (Hebrews 13:3)

For you showed sympathy to the prisoners and accepted joyfully the seizure of your property, knowing that you have for yourselves a better possession and a lasting one. (Hebrews 10:34)

In one of Yeshua’s last parables, that of the sheep and the goats recorded in Matthew 25, he enumerates several ways that we can care for others. Visiting those in prison is just one of the things mentioned, but it may be the most difficult. Not everyone will be able to do this, and perhaps this isn’t the area where God has called you to serve. Yeshua spoke of other areas of service. It is pretty easy to see ministering to the homeless or to those in nursing homes in this parable.

“For I was hungry, and you gave Me something to eat; I was thirsty, and you gave Me something to drink; I was a stranger, and you invited Me in; naked, and you clothed Me; I was sick, and you visited Me; I was in prison, and you came to Me.” Then the righteous will answer Him, “Lord, when did we see You hungry, and feed You, or thirsty, and give You something to drink? And when did we see You a stranger, and invite You in, or naked, and clothe You? When did we see You sick, or in prison, and come to You?” The King will answer and say to them, “Truly I say to you, to the extent that you did it to one of these brothers of Mine, even the least of them, you did it to Me” (Matthew 25:35-40).

This isn’t just about ministering spiritually. The homeless and the poor need shelter, clothing and food. The sick and the elderly often need help with the daily activities we take for granted.  And those in prison and in nursing homes need friendship, encouragement and hope. Even if it is not something you specifically set out with an intent to do for the masses, there may be a time someone you know is put in jail or prison. Or perhaps they are sick, or hungry, or have some other need that you are able to meet, even if it isn’t what you call your “ministry.”

What use is it, my brethren, if someone says he has faith but he has no works? Can that faith save him? If a brother or sister is without clothing and in need of daily food, and one of you says to them, “Go in peace, be warmed and be filled,” and yet you do not give them what is necessary for their body, what use is that? Even so faith, if it has no works, is dead, being by itself (James 2:14-17).

I once heard it said some people are so heavenly minded that they are no earthly good.  Don’t let that describe you. The late Keith Green, while paraphrasing this parable in Matthew 25, pointed out that the only difference between the sheep and the goats, according to this Scripture, is what they did – and didn’t – do.

Lose your own agenda. Pray, and listen to the Holy Spirit. But you don’t have to ask about this. God has already told you to do it.

6 thoughts on “Why Prison Ministry”