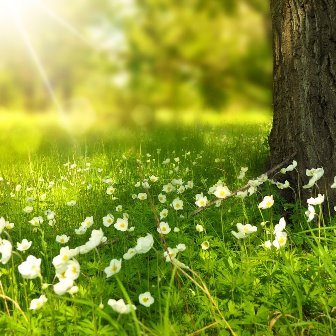 As we near the end of the Gregorian calendar year, it is time to begin planning and preparing for the Spring Feasts. For a complete listing of the Biblical Feasts for 2022, go here. The end of the calendar year is when many will need to let employers know their planned vacations or other days when they need time off for the next year.

God’s calendar is agriculturally based. It begins in the spring, at the time of the barley harvest in Israel. It was the Spring of the year when Moses instructed the Israelites about the Passover and then led them out of Egypt. God established this as the first month of the year, and all of the Feasts, or Appointed Times, are based on this count of the months.

This month shall be the beginning of months for you; it is to be the first month of the year to you. Exodus 12:2

The year ends in the Fall in the seventh month following the final wheat harvest and Sukkot, the Feast of Tabernacles, which the Torah calls the “turn of the year.”

You shall celebrate the Feast of Weeks, that is, the first fruits of the wheat harvest, and the Feast of Ingathering at the turn of the year.
Exodus 34:22

The time in-between, the Winter, doesn’t seem to count on God’s calendar. On the Jewish calendar, there are a couple of celebrations that commemorate events that occurred after the Torah was given:

• Hanukkah, commemorating the rededication of the altar following the Maccabean revolt, in the second century BCE. Hanukkah is celebrated in the tenth month of the Biblical year.

• Purim, commemorating the deliverance of the Jews from Haman, top advisor to the Persian king Ahasuerus in the fifth century BCE. Purim is celebrated in the last month of the Biblical year.

The Hebrew year 5782 is a “leap” year, a year with thirteen months which is occasionally required in order to keep the Spring months in the Spring. Because there is an extra month added during the winter, all of the Appointed Times will be just a little later on the Gregorian calendar than they were the previous year.

In fact, the timing of Purim in the book of Esther is actually in the twelfth month. Jewish tradition (remember, this is a Jewish feast and not one of God’s Appointed times) is to celebrate it in the last month – the twelfth month in a regular year and the thirteenth month in a leap year.

Here are the dates of the Spring Feasts for the Hebrew Year 5782, Gregorian Year 2022.

There are three Annual Sabbath days during this time in which we do not do our regular work.

The First Day of Unleavened Bread is also a regular weekly Sabbath, so there shouldn’t be a problem. The other two may require planning ahead to insure those days can be scheduled off.

Preparing for the Spring Feasts

Passover items may be in short supply, so get what you need early. Supply chain issues are completely unpredictable now. Matzah almost always goes up in price the closer we get to Passover, and you can buy it early because it doesn’t go stale on you very quickly. Check for the availability of matzah on Amazon here. Consider whether or not you will want matzah that is certified as “Kosher for Passover” indicating Rabbinic supervision over the way it was prepared. Or you may wish to make matzah yourself.

Remember that the last day of the Feast of Unleavened Bread is on Friday, so we will have back-to-back Sabbaths with the festival Sabbath and the weekly Sabbath. That usually requires a little extra planning. And then about six weeks later we have a similar situation with Shavuot. The weekly Sabbath is immediately followed by the festival Sabbath.

The Christian community is also keeping a similar calendar, though most do not understand the origins or significance. Christians will be celebrating the resurrection of Jesus/Yeshua on Sunday, April 17, and many of them will at least recognize that Sunday, June 5, is Pentecost even if they don’t know how they got there. We should seize this opportunity to share with them the beauty of the Passover observance and encourage them to honor the commandments regarding the Feast of Unleavened Bread. After all, Jesus was Jewish and did those things as our example.

Why not also invite them to count the Omer with you. Most Christians have probably never heard of such a thing. Count with them all the way up to Pentecost, and maybe even share with them a loaf of freshly baked challah.

Looking Forward to the Fall Feasts

Keep in mind that the Fall Appointed Times will be just a little bit later this year as well. Plan your celebrations accordingly. If you need to schedule the time off with your employer now, before the beginning of the next Gregorian year, then get that done. As you do, you may get the opportunity to explain what you are doing to those around you. I’ve found that most are at least a little bit curious and interested. Don’t forget that they are watching what you do to see if you are for real.

Being prepared for these Feasts can take some stress out of the process and make them much more enjoyable. Do your best to offer your best to our Father at these times. Chag Sameach!