This week’s Torah portion Vayeshev, “and he settled,” tells us of the young Joseph, betrayed and sold into slavery by his brothers, serving his master in the land of Egypt. The story is no doubt very familiar, and great emphasis is always placed on Joseph’s integrity when he is approached by his master’s wife. Joseph’s stand for what was right and his resistance to temptation and evil resulted in false accusations and imprisonment.

Most of us probably aren’t facing anything quite that dramatic. But every day we are presented with opportunities to compromise. Sometimes they seem so small, and it is easy to just go along and blend in with the crowd. This is a deadly path. Slowly we become desensitized to what is happening around us. 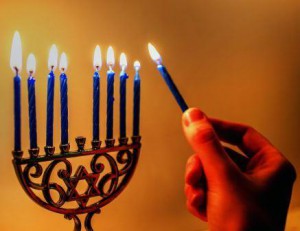 I need only think of some of the things happening here in my home country, the United States, to see this pattern accelerating. Things that I could not have imagined only a few years ago are considered acceptable today. But like the proverbial frog in the kettle of water slowly being brought to a boil, we don’t seem to realize what is happening until it is too late.

In the second century BCE, the descendants of Joseph and his brothers encountered a similar challenge. Most of them just went along with everyone else. But there were some who did not, and they faced the wrath of the ruling government.

Many consider the Greek ruler, Antiochus Epiphanes, and his oppression of the Jewish people to be a prophetic picture of the Great Tribulation coming upon this world in the last days. Regardless of one’s views on eschatology (the study of the end times), reading the account of tyranny by the Greek government certainly shows the extent to which this persecution can go. Personally, I think we are headed in this same direction today – not necessarily in these specific sins, but definitely regarding things our God calls an abomination.

Then the king [of Greece] wrote to his whole kingdom that all should be one people and that each should give up his customs. All the Gentiles accepted the command of the king. Many even from Israel gladly adopted his religion; they sacrificed to idols and profaned the Sabbath. And the king sent letters by messengers to Jerusalem and the cities of Judah; he directed them to follow customs strange to the land, to forbid whole burnt offerings and sacrifice and drink offerings in the sanctuary, to profane Sabbaths and feasts, to defile the sanctuary and the priests, to build altars and sacred precincts and shrines for idols, to sacrifice swine and unclean animals, and to leave their sons uncircumcised. They were to make themselves abominable by everything unclean and profane, so that they should forget the law and change all the ordinances. “And whoever does not obey the command of the king shall die.”

In such words he wrote to his whole kingdom. And he appointed inspectors over all the people and commanded the cities of Judah to offer sacrifice, city by city. Many of the people, everyone who forsook the law, joined them, and they did evil in the land; they drove Israel into hiding in every place of refuge they had.

Now on the fifteenth day of Chislev, in the one hundred and forty-fifth year, they erected a desolating sacrilege upon the altar of whole burnt offering. They also built altars in the surrounding cities of Judah and burned incense at the doors of the houses and in the streets. The books of the law that they found they tore to pieces and burned with fire. Where the book of the covenant was found in the possession of anyone, or if anyone adhered to the law, the decree of the king condemned him to death. They kept using violence against Israel, against those found month after month in the cities. And on the twenty-fifth day of the month they offered sacrifice on the altar that was upon the altar of whole burnt offering. According to the decree, they put to death the women who had their children circumcised and their families and those who circumcised them; and they hung the infants from their mothers’ necks.

But many in Israel stood firm and were resolved in their hearts not to eat unclean food. They chose to die rather than to be defiled by food or to profane the holy covenant; and they did die. And very great wrath came upon Israel. (1 Maccabees 1:41-64 ESV)

These are the events that led to the Maccabean rebellion, the cleansing and the rededication of the altar at the Temple celebrated at Hanukkah. You can read a more extensive account of how that took place in the first four chapters of the book of 1 Maccabees in the Apocrypha.

In the face of Greek persecution, Mattathias, the father of Judas Maccabeus, issued this challenge: “Even if all the nations that live under the rule of the king obey him and have chosen to do his commandments, departing each one from the religion of his fathers, yet I and my sons and my brothers will live by the covenant of our fathers. Far be it from us to desert the law and the ordinances. We will not obey the king’s words by turning aside from our religion to the right hand or to the left” (1 Maccabees 2:19-22 ESV). As he was dying, he gave these instructions:

“Remember the deeds of the fathers, which they did in their generations; and receive great honor and an everlasting name. Was not Abraham found faithful when tested, and it was reckoned to him as righteousness? Joseph in the time of his distress kept the commandment, and became lord of Egypt. Phinehas our father, because he was deeply zealous, received the covenant of everlasting priesthood. Joshua, because he fulfilled the command, became a judge in Israel. Caleb, because he testified in the assembly, received an inheritance in the land. David, because he was merciful, inherited the throne of the kingdom forever. Elijah, because of great zeal for the law, was taken up into heaven. Hannaniah, Azariah, and Mishael believed and were saved from the flame. Daniel, because of his innocence, was delivered from the mouth of the lions.

“And so observe, from generation to generation, that none who hope in him will lack strength” ( 1 Maccabees 2:51-61 ESV).

Yeshua (Jesus) told us, “they will lay their hands on you and will persecute you, delivering you to the synagogues and prisons, and you will be brought before kings and governors for My name’s sake. This will be your opportunity to bear witness” (Luke 21:12-13 ESV). During this Feast of Dedication, will you resolve to stand firm, not compromising, whatever the cost?