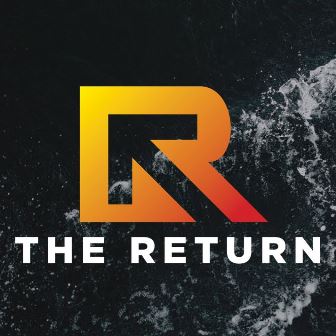 The Return is a national day of prayer and repentance scheduled for September 26, 2020, on the National Mall in Washington, D.C. I know many are aware of this event, and some are planning to go. Most people, including most Christians, have no idea the significance of that date.

The event is organized by a team of men and women headed by Messianic Rabbi Jonathan Cahn and Rev. Kevin Jessip. The date chosen for this event is Saturday, September 26, 2020. In his promotional video, Cahn points out that this is 40 days before the United States election in November. That’s not exact, but it is close. Significant? Yes. He also states it is the 400th anniversary of the sailing of the Mayflower. That is true for the year 2020 though not the exact date. Significant? Perhaps.

Even more significant is that this event occurs at the time of the High Holy Days on the Hebrew calendar. Cahn says in his announcement of the event that this is during the Ten Days of Awe, a time of repentance from the evening of September 18, the Feast of Trumpets (Yom Teruah/Rosh Hashanah) to September 28, the Day of Atonement (Yom Kippur). Significant? Very. Unfortunately, most Christians give no thought to these Appointed Times of Yah.

But most significant is the day itself. September 26, 2020, or rather, 8 Tishrei 5781, is the Sabbath between Yom Teruah and Yom Kippur, a Sabbath that has a special designation – Shabbat Shuvah, the Sabbath of Return. And though it is rarely (if at all) mentioned in the discussions about this event in Washington, D.C., the name of the event indicates exactly why this date was chosen.

Stand In The Gap

This isn’t the first time such an event has taken place on the National Mall. On October 4, 1997, Promise Keepers hosted “Stand In The Gap – A Sacred Assembly Of Men.” I was privileged to be among the estimated 600,000 to 800,000 men who attended. That event also occurred on Shabbat Shuvah, though at the time I had no clue.

I vaguely remember that day, boarding a chartered bus at the church I attended early that morning. The focus, as you would expect from Promise Keepers, was on our role as men in our family and community, including racial reconciliation. At one point, I remember a group of men blowing shofars, and me thinking, “Hey, those guys are blowing animal horns.” I did not know why they sounded shofars, I did not know this was a season of repentance, and I did not know it was the Sabbath, much less the special Sabbath of Return.

Personally, I am so thankful that a short three years later God’s Holy Spirit began to open my eyes to His instructions, His calendar and His celebrations. I pray that those who attend The Return will also understand the importance of the season. Repentance for our nation begins with repentance in our local fellowships, our families, and our individual lives.

The Haftarah, a reading that accompanies the Torah portion for Shabbat Shuvah, is taken from the book of Hosea. It begins:

Return O Israel, to Adonai your God, for you have stumbled in your iniquity. Take words with you and return to Adonai. Say to Him: “Take away all iniquity, and accept what is good, so we may repay with offerings of our lips.
(Hosea 14:2-3 TLV (verses 1-2 in some translations))

Twice in this same verse, God implores Yisra’el to return to Him – ki chashalta ba’avonecha (for you have stumbled in your iniquity… These words, read on the Shabbat before Yom Kippur, call Yisra’el to repent the life decisions that kindle wrath. God waits, saying, “I will heal their disloyalty (Hos. 14:4(5)). His anger turns! Granting mercy instead of judgment, God pledges to renew blessings upon the Land.”

A related word often mentioned is תְּשׁוּבָה teshuvah (Strong’s Hebrew word #H8666), a noun with the intended meaning of repentance. And though it is never translated this way in Scripture, we understand that meaning form the root, shub. Brown-Driver-Briggs describes it as “a recurrence, an answer, return.” Teshuvah is our answer to the command given by God to return to Him. That is repentance.

Yeshua began his public ministry with these words:

From that time Jesus began to preach and say, “Repent, for the kingdom of heaven is at hand.”
Matthew 4:17

It isn’t saying a “sinner’s prayer” and it isn’t just saying “I repent.” Yes, the passage in Hosea says to “take words with you and return.” Vocalizing our intention to repent is reinforcement. We take those words and “return” – act on them. Without actions, they are just words. “Faith, if it has no works, is dead” (James 2:17).

John the Baptizer proclaimed the same concept: “Therefore bear fruits in keeping with repentance…” (Luke 3:8). Three times immediately following that statement, he was asked “what shall we do?” (Luke 3:10,12,14). Repentance requires doing – it requires works.

It is hard to guess what the world will be like a month from now. As I write this, I do not intend to make the trek from Indiana to Washington, D.C., to attend The Return in person. It is supposed to be simulcast, and I hope to watch at least a part of it. Regardless of whether or not you attend in person, watch the broadcast, or don’t participate in this event, Shabbat Shuvah is an important day in an important season on God’s calendar. Be ready for it.

Preparation begins now – today (as I write this on August 21), the beginning of the sixth Biblical month, Elul. The month of Elul plus the Ten Days of Awe that begin the seventh month comprise a traditional 40 day “Season of Teshuvah (Repentance).” This time of introspection leads us to the most solemn day of the Biblical year – not Shabbat Shuvah, but Yom Kippur, the Day of Atonement. While preparing for The Return, don’t lose sight of a much more important date following two days later. Prepare now for Yom Kippur – plan to take that day off work (a Biblical requirement) and to fast. For more on Yom Kippur, go here.

Return to the God of Israel

The headline passage quoted on The Return website is, of course, 2 Chronicles 7:14:

For if my people, who are called by my name, will humble themselves and pray and seek my face and turn from their wicked ways, then I will hear from heaven, and I will forgive their sin and will heal their land.

In context, “My people, who are called by my name” is Israel. If you have joined yourself with the God of Israel through Yeshua the Messiah (Jesus Christ), God is offering this promise to you as well (Isaiah 56:6-8 – more on that here). It comes with specific instructions: 1) pray, 2) seek His face, and 3) turn from wickedness (repent). The word translated “turn” in this passage is – you guessed it – shub. We turn, or return, toward God. And there are again specific instructions for how to do this as well.

The words of God in 2 Chronicles 7:14 came following Solomon’s prayer of dedication for the new Temple in Jerusalem. During his prayer, which was said in the hearing of the people in order to provide instruction, Solomon repeatedly asks for God’s favor when people “pray toward this place,” the Temple in Jerusalem, in Israel, the place God has chosen to place His name.

Listen to the supplications of Your servant and of Your people Israel when they pray toward this place; hear from Your dwelling place, from heaven; hear and forgive.
(2 Chronicles 6:21)

Wherever you are on Shabbat Shuvah, September 26, when you participate in this act of teshuvah, repentance, turn and face toward Jerusalem, Israel. It is an act of submission to God, something that shows Him you are serious about turning from evil and asking Him to heal our land. If you are on the mall in Washington, D.C., turn in the direction of the Capitol building. I don’t know where the stage will be, but it doesn’t matter. This is in the same general direction as Jerusalem. You can see the seat of the Government for which you are interceding while you look beyond that to the God of Abraham, Isaac and Jacob and seek His face.

If you’ve never experienced the Feasts of the Lord, now is a great time to start. They all point to restoration in Messiah Yeshua. When we return (shub) to Yah’s ways, celebrate His days, and follow His instructions, only then can we truly know Him.

A Christian Guide to the Biblical Feasts by David Wilber

The Feasts of Adonai by Valerie Moody

Israel’s Feasts and Their Fullness by Batya Wootten

3 thoughts on “The Return – The Significance of the Date”