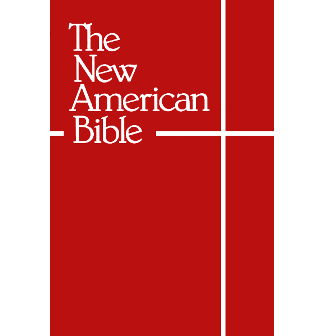 Although I have had copies of the New American Bible (NAB) for many years, I only used them to occasionally look up passages when researching alternate ways they were translated. For passages in the Apocrypha, like the Hanukkah stories in Maccabees, the missing parts of Esther, or the words of Hananiah, Mishael, and Azariah (Shadrach, Meshach, and Abednego) in the furnace, I usually read from other translations. For no particular reason, I just didn’t read the NAB, nor did I pay any attention to its structure.

That all changed a couple of years ago when a gentleman joined a Torah study group I was leading. He was one of the men in the unit where I led this study at a nearby prison. Like the rest of the inmates, he had a Bible, yet he seemed to know his Bible better than most of the others. He came to our group because we actually studied, digging into the history and meaning of the Bible text and seeking application to our lives today. He had a Catholic background. In fact, he was (and still is) a practicing Catholic.

His Bible was the New American Bible, the prominent English translation used in the Roman Catholic Church. One of the great things about our study group is that we have a wide variety of Bible translations, which is very helpful in sparking discussion about words, phrases and perspective. Adding the NAB to the mix was a blessing.

If you’ve been in many Messianic and Hebrew Roots Bible studies, you’ve probably encountered times where the verse numbering in one Bible is different than that of another Bible. In many places, verses in the Hebrew Bible are numbered differently than in the Christian Old Testament. During our studies at the prison, I often had to coordinate the verse numbers in what I was reading – the JPS Tanakh, Tree of Life Version or Complete Jewish Bible – with Bible versions others were using, such as the New King James Version or New International Version. I was surprised to find that the NAB followed the numbering of the Hebrew Bible in nearly every instance. The book order, however, was the same as other Christian translations (with the addition of the Deuterocanon).

I generally take my Key Word Study Bible with me to the prison. This Bible from AMG Publishers has key words in the Bible text marked with Strong’s reference numbers. In the back of the Bible are complete Strong’s Hebrew/Chaldee and Greek dictionaries (somewhat valuable, but be careful with these) and limited but extremely valuable “lexical aids” for the ancient languages. When we used those aids and compare translations, the NAB often seemed to express the sense of the text better than other translations.

At this time I have not read the New American Bible all the way through. I read through the entire Bible once every year using a different translation. Right now I do not plan to do that with the NAB, but that might change.

Messianic and Hebrew Roots believers should keep these things in mind when considering the New American Bible: 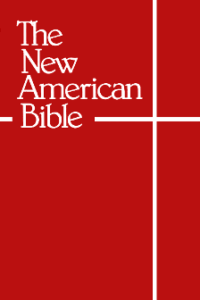 Buy from Amazon
Buy from ChristianBook