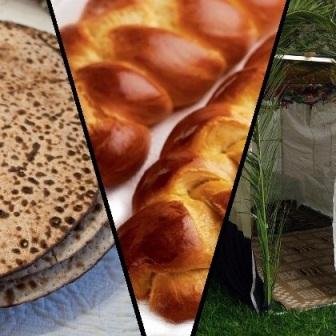 The Feasts of Adonai are summarized for us in the book of Leviticus, chapter 23. This is read in the annual Torah cycle in Parashat Emor. For many, it is these celebrations that are our first exposure to things Hebraic, even before coming to an understanding that they are times we ought to be observing.

These are the appointed times of the LORD, holy convocations which you shall proclaim at the times appointed for them (Leviticus 23:4).

You will notice that my preferred translation, the New American Standard Bible (NASB), calls these “appointed times” rather than “feasts” (KJV). Although we’ve become accustomed to calling these feasts, on one of them – Yom Kippur – we actually fast rather than eat. Other translations refer to them as “designated times” (CJB), “appointed seasons”(JPS), “appointed festivals” (Stone, NRSV), and “appointed feasts” (ESV, NIV, RSV). The key word here is “appointed.”

The Hebrew phrase is moadey yahweh, with the first word being the plural construct form of moed, Strong’s Hebrew word #4150. We often hear them called moedim, the regular plural form of the word. Brown-Driver-Briggs Lexicon defines it this way:

And of course, as a Hebrew noun, it derives from the Hebrew verb יעד ya’ad meaning to appoint. Again, the key here is that God himself has set these moadey yahweh, the Appointed Times of the LORD.

Before we enumerate these, let me point out that I believe the weekly Sabbath is NOT part of this list. I’ll touch on that now, and you can read more about that in my post Sabbath – First of the Feasts? To summarize, though, the words “appointed times” (or however your translation says it) occur four times in this chapter:

To expand this further, let me insert what I see happening between these verses:

The Appointed Times outlined in this chapter are once per year in specific months, which is determined by the moon (Psalm 104:19), and we will look at that a little further down. The weekly Sabbath does not fit this pattern.

Let’s do a quick summary of the Appointed Times mentioned in this chapter:

I won’t go into the details of each one, but you can get a very good overview just by reading this chapter. There are additional details in Numbers chapters 28 and 29 and in Deuteronomy chapter 16.

Matzot, Shavuot and Sukkot are sometimes called “Pilgrimage Festivals.” Exodus 23:14-17 and Deuteronomy 16:16 specify that all men (males) are to celebrate these three festivals, and the Deuteronomy passage states it is to be in the place Adonai chooses. These three are called חג chag, Strong’s Hebrew word #H2282, a word always translated as “feast” in the Torah (NASB). So these three are properly called “feasts” – chag hamatzot, the Feast of Unleavened Bread; chag hashavuot, the Feast of Weeks; and chag hasukkot, the Feast of Tabernacles (or Booths).

So then, both Passover and the day of the Wave Sheaf are Appointed Times but are not “annual Sabbaths.”

The calendar of the Bible is “lunisolar” – an agricultural calendar based on both the moon and the sun. A month is the length of time it takes for the moon to make a complete cycle of phases, about 29-1/2 days. The days of the month are counted from the new moon. The year is determined by the earth orbiting the sun, which takes about 365-1/4 days. But a lunisolar year must be made up of complete months (no partial months), so sometimes a year has 12 months and sometimes it has 13 months. The thirteenth month is inserted so that the seasons remain constant – Spring months and the planting of crops are always in the Spring, Fall months and the harvest of crops are always in the Fall.

A 12-month “year” on the lunisolar calendar could have from 353 to 355 days, and a 13-month “year” could have from 383 to 385 days. A common misconception taught in Christian churches is that a Biblical year has 360 days, or twelve 30-day months. That is actually never the case, though it is a convenient way to make prophecies in Daniel and Revelation “fit.”

Leviticus 23 specifies most of these appointed times with exact dates.

You won’t be able to determine these months and days by looking at a Gregorian calendar (one that starts the year on January 1 and ends it on December 31). If you are new to all of this, I recommend that you obtain a Jewish calendar, or you can view one I have posted here.

No exact date is given for the Omer/Wave Sheaf or for Shavuot/Weeks. Instead, we read this:

Speak to the sons of Israel and say to them, When you enter the land which I am going to give to you and reap its harvest, then you shall bring in the sheaf of the first fruits of your harvest to the priest. He shall wave the sheaf before the LORD for you to be accepted; on the day after the sabbath the priest shall wave it (Leviticus 23:10-11).

On a traditional Jewish calendar, the “day after the Sabbath” is the day after the first day of Unleavened Bread. That day would always be the sixteenth day of the first month. With that as day one, counting fifty days places the Feast of Weeks on the sixth day of the third month.

You may notice some additional days on the Jewish calendar. Passover and Unleavened Bread are combined and just called Passover, with an extra day added at the end. Shavuot/Weeks and Yom Teruah/Trumpets are shown as two days each rather than one. Yom Teruah/Trumpets is called Rosh Hashanah, the Head of the Year, because (among other reasons) the Jewish civil year begins on this date. A ninth day, Simchat Torah/Rejoicing in the Torah, is added after Shemini Atzeret/Eighth Day Assembly. On this day, the annual Torah reading cycle concludes and the Torah scroll is rolled back to the beginning so that we can start over. These are traditions and are not found in Scripture.

The Biblical calendar only covers these seven months, beginning in the Spring with the “beginning of months” (Exodus 12:2) and ending in the Fall after Sukkot in the seventh month “at the turn of the year” (Exodus 34:22). If an additional month is needed in order to make the seasons line up, it is added right before the first month of the year.  This happens seven times in a nineteen-year period.

During the winter months you will find two more festivals on the Jewish calendar. They are found in Scripture, but not in the Torah and not in this chapter that describes moadey yahweh, the Appointed Times of Adonai. The first is Chanukah (or Hanukkah)/Feast of Dedication found in 1 Maccabees 4, 2 Maccabees 10 and John 10. It begins on the twenty-fifth day of the ninth month and lasts for eight days. The second is Purim/Lots found in Esther 9 and is in the last month of the year, either the twelfth or thirteenth month, on the fourteenth and fifteenth days.

Messianic believers understand that what we call the Spring Feasts had their prophetic fulfillment in Messiah Yeshua. Passover, Unleavened Bread and the Wave Sheaf are a prophetic picture of Yeshua’s death, burial and resurrection, respectively. The Feast of Weeks, also known by the Greek-derived name Pentecost, was the day the Ruach haKodesh (the Holy Spirit) was poured out following Yeshua’s ascension, empowering his followers.

We also understand that the prophetic fulfillment of the Fall Feasts is still future, associated with the second coming of Yeshua. And while it is pretty easy to see historically how the Spring Feasts were fulfilled, there is much disagreement and speculation on exactly how the Fall Feasts will be fulfilled. The study is good and interesting; dogmatic prediction about the timing of future events is not. The promise of the Father is that Yeshua will come again. With these feasts in mind, we should be watching to see how this fulfillment will take place, not acting as if we already know all the details.

And after He had said these things, He was lifted up while they were looking on, and a cloud received Him out of their sight. And as they were gazing intently into the sky while He was going, behold, two men in white clothing stood beside them. They also said, “Men of Galilee, why do you stand looking into the sky? This Jesus, who has been taken up from you into heaven, will come in just the same way as you have watched Him go into heaven” (Acts 1:9-11)

When you reap the harvest of your land, moreover, you shall not reap to the very corners of your field nor gather the gleaning of your harvest; you are to leave them for the needy and the alien. I am the LORD your God (Leviticus 23:22).

One of the final instructions Yeshua gave to his followers is what we sometimes call “The Great Commission.”

Go therefore and make disciples of all the nations … (Matthew 28:19).

A few days later was Shavuot/the Feast of Weeks/Pentecost, and the author of Acts (presumably, Luke) makes a point of saying who was there to participate.

Now there were Jews living in Jerusalem, devout men from every nation under heaven (Acts 2:5).

I usually like my NASB, but “living” in Jerusalem may not be the best rendering of the Greek word katoikoúntes, Strong’s #G2730. Other translations say “dwelling” (ESV, KJV/NKJV, RSV) or “residing” (AMP, NET), but a better understanding would be that the were “staying” in Jerusalem (CJB, NAB, NCV, NIV,TLV). Luke points out that they were Jews, yet they were from other nations. We know from previously referenced passages that Shavuot is one of the “Pilgrimage Festivals” where men were instructed to come to Jerusalem to celebrate. In this context, it makes perfect sense that Jews from other countries would be staying in Jerusalem for this Appointed Time.

Paul writes in Romans 3:2 that the Jews were “entrusted with the oracles of God.” Yeshua himself said “salvation is from the Jews” (John 4:22). And here in the early harvest festival of Shavuot the Ruach haKodesh was being poured out, while Jewish people from the nations were witnessing it and three thousand of them became followers of the Messiah. But the harvest doesn’t stop with these Jews. From here, the Gospel was to go out to Judea and Samaria, then to the rest of the world (Acts 1:8).

We are now in the time between the Spring Feasts and the Fall Feasts – between Leviticus 23:21 and Leviticus 23:23. We are in the time of this seemingly misplaced verse, Leviticus 23:22. And during this time, the needy and the alien (Hebrew ger, BDB: “a newcomer lacking inherited rights”) throughout the world are invited to come and participate in the harvest.

When you reap the harvest of your land, moreover, you shall not reap to the very corners of your field nor gather the gleaning of your harvest; you are to leave them for the needy and the alien. I am the LORD your God (Leviticus 23:22).

And the master said to the slave, “Go out into the highways and along the hedges, and compel them to come in, so that my house may be filled” (Luke 14:23).

* The name “Trumpets” does not actually appear in the Hebrew name for this holiday. “Yom Teruah” is more accurately translated as the “Day of Blowing” or “Day of Shouting.”